The British Media has had a sustained disinformation and discredit campaign against HRH Duchess of Sussex going on since 2016. The smear campaign went into full force after the 2018 Oceanic Tour. What the British media fails to comprehend, however, is that whatever they may throw at the perverse dartboard, ‘WE’ will not be gaslighted and ‘WE’ aren’t going anywhere! To use improper grammar-who is ‘WE?’ Well, WE are the #SussexSquad. We are also sometimes Megulators and for those in the bitter British Royal Press, we are Megbots. 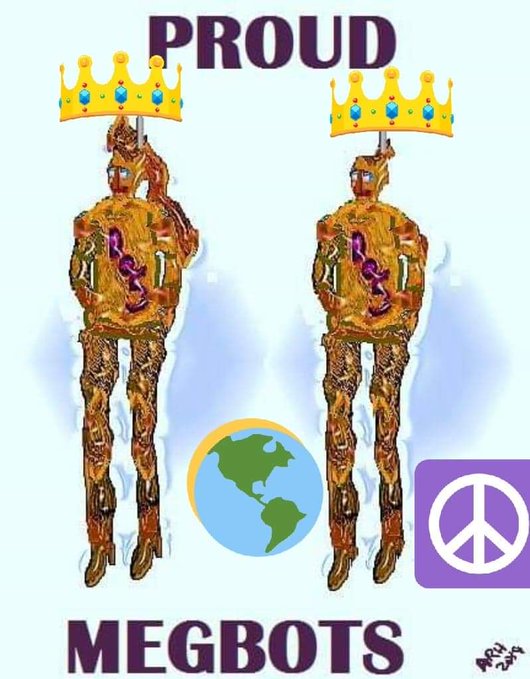 Additionally, there are new Royal Watchers in town called Meghanists, who couldn’t give two defecations about the rest of ‘The Firm’. The Meghanists only interest is in that of the Duchess of Sussex, her immediate family (The Duke and Archie) and Queen Doria of California. Then there are the scores of well-wishers around the world who don’t identify with any group but just know that the Sussexes are good, kind hearted, philanthropists that don’t deserve the vitriol. Together, however Sussex supporters might identify, we make up a group of people that unless and until Prince Harry and Duchess Meghan truly do something worthy of losing our support, we are here to continue to uplift them and help them to fulfill their charitable endeavors.

Specifically leading up to and during the Southern African tour, the British Media tried as they might to push a mantra that the Sussexes had ruined their goodwill with the mythical ‘public’ and needed a successful tour to redeem themselves. There were numerous articles and talking points on UK TV. 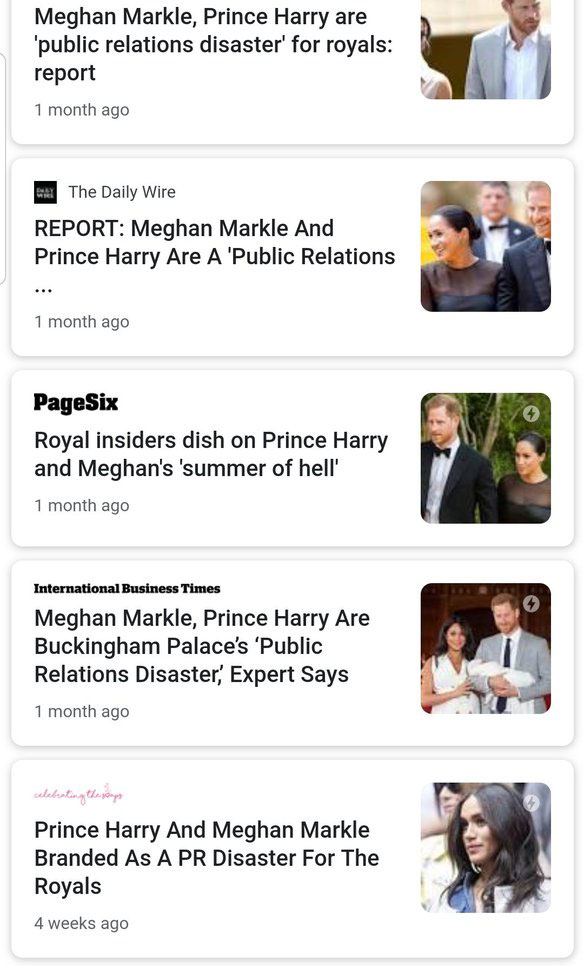 The above examples are a fraction of the headlines of a Google search depicting their supposed PR disaster. Despite the obvious coordinated effort, the proof of unwavering support for Prince Harry and Duchess Meghan are undeniable. Regardless, the British Press continued to scream into a vacuum at each other and the bigots around the globe who were NEVER going to support the couple whether they walked around the world or flew commercial.

Despite the Royal Pack’s attempts to ignore the Sussexes’ worldwide support system; the evidence to the contrary of proclamations of wavering popularity is enormous. In September, the Duchess of Solutions (as pinned in Malawi) made her triumphant return from maternity leave. While she was at the crib with Archie, the September Issue of British Vogue released and sold out in 2 weeks! See Editor Edward Enniful’s interview in The Guardian. On September 12th, ‘Meghan the Magnificent’ launched her Smart Set Capsule Collection and Prince Harry had an engagement with adoring children on the same day.

Duchess Meghan’s launch was yet another rousing success; the collection’s tote bag sold out before the official engagement began. The items in the collection were to be available at the BOGO (buy one, get one) promotion for 2 weeks. Most of the products had to be restocked before the 2 weeks expired. Shortly after the engagement, an announcement was released stating that the SmartsWorks Charity had enough items in stock for an entire year. The following was reported on the SmartWorks Charity’s Instagram account:

“In just eight days, your active support has helped equip the women of Smart Works with enough units from this capsule collection to help for a full year! Though many of the items sold out quickly, most are being restocked so you can continue to play your part.”

Moreover, despite their popularity issues, most of the British Media not only clamored to attend the Smart Set launch and Prince Harry’s engagement, there was their usual numerous articles.

Let’s not even get started on the noted 380 press credentials for the Southern African tour, with most of those same publications spouting PR issues heading right over. The crowds in Cape Town and Johannesburg cared not about the British Media’s posturing. The reception that Prince Harry experienced on his solo lag of the tour showed unwavering support and appreciation. The Sussex Royal Tour was a joy and most of that joy was back dropped by the Sussex Royal Instagram account and not anything the British Media said or did! Check out the engagement numbers for the 10 days of touring. Check out the views and likes for their joint and solo engagements. Master Archie’s Royal Tour debut is nearing 6 million views! Prince Harry in his safari gear pulls more likes than other Royal females… just saying, LOL. Who needs the British media?

Basically the truth is that despite the proclamations, posturing, and gaslighting by my most of the British Royal Press, nothing has happened to the Sussexes’ popularity and sane non-bigoted people DO NOT have a problem with them.

This stuff is all dumb and irrelevant. Whatever small dent that they may have put into their support in Britain is more than made up for internationally. The self-absorbed British press can’t get pass itself to realize that Prince Harry and Duchess Meghan are indeed loved and there is nothing they can do about it.

27 comments on “Trouble Is We Are Not Going Anywhere”