Although Duchess Meghan is hardly the first royal to be targeted by the British media, no other royal in recent history has been subjected to as much scrutiny, unwarranted criticism and unjust racist and sexist victimization as she has been. The attacks on her has been vicious, unrelenting and baseless. In this context, to see the Telegraph headline from Judith Woods’ article proclaiming that the British media welcomed Duchess Meghan with “open arms” and asking that the media not get “shut out” from the happy couple’s lives is an astonishing about-face that is nothing short of laughable.

Ever since news broke of the relationship between Prince Harry and Meghan Markle (at the time a successful and accomplished actress, global humanitarian ambassador, and an outspoken feminist dedicated to empowerment of women and young girls through education), the British tabloids have hounded her every move hoping to dig up dirt on her. Having failed, the tabloids resorted to negatively spinning the most routine and mundane facts about and actions by the new royal, at times even fabricating baseless claims. All this in a concerted and coordinated effort to diminish her individual accomplishments, destroy her image, raise questions about her legitimacy as a bona fide member of the British royal family, and ultimately wreck her marriage and force her to pack up and return to the United States, her home country.

The British tabloids’ around-the-clock and across-the board negative coverage of Duchess Meghan, with up to 19 negative articles every single day, persisted through her pregnancy, the birth of her son, Archie Harrison Mountbatten-Windsor, and continues, unabated, as this is being written. Even when Duchess Meghan does not appear in publicly for an extended period of time, the British media have found ways to keep her in their headlines primarily by manufacturing controversies designed to keep her name continuously in the news cycle.

Against this backdrop, it should come as no surprise that Duchess Meghan and Prince Harry, her husband, would seek a separation between their public obligations and their private lives, or that, within that separation, they would deem their child’s christening a private event and the images from that private event to be well within their control. It should really come as no surprise that, as parents, Duchess Meghan and Prince Harry would seek to shield their two-month old baby from unwarranted and unrestricted media intrusion.

The Telegraph’s ridiculous headline was published a few days before the christening of Master Archie, an untitled royal and, therefore, a private citizen, and amidst the British media’s hysterical insistence that they are entitled to and should, therefore, be allowed media access and coverage of the private event. Master Archie Harrison was christened in a private ceremony on July 6, 2019. Two beautiful images from the ceremony taken by Chris Allerton were posted immediately on the Sussex Royal Instagram.

Written as a faux endearing open letter, addressed only to Duchess Meghan and dripping with vitriol, Judith Woods first whined about how much of the British “taxpayer’s money” was used in renovating the Duke and Duchess of Sussex’s royal residence, Frogmore Cottage, and predictably concluded with the now-familiar refrain that, as such, the public is owed the right to information on every bit of the new parents’ lives, including unrestricted access to their baby’s christening.
Woods further claimed that Duchess Megan is acting paranoid and causing everyone to walk on eggshells because although she has joined the royal family, she has maintained her “Hollywood lifestyle” of keeping the public out. While the headline read like an attempt to be “warmer” towards Duchess Meghan than the British tabloids usually are, it was quite misleading because the article simply recycled well-worn arguments and confirmed how unjust the tabloids have been, and still are, when it comes to their coverage of Duchess Meghan.

Case in point is when Woods writes:

“I’m not saying we expect invitations to high tea. But to cheerfully take our hard-earned money to pay for your house and then treat us like pariahs is, frankly, graceless and rather rude”.

Hardly sounds very welcoming, does it?

What Judith Woods failed to mention in her letter is that the British taxpayers did not pay to renovate Frogmore Cottage. The money to upgrade and restore the structural integrity of this historic building came from the Sovereign Grant, while Harry and Meghan reportedly paid for fixtures costing more than the government approved amount. Additionally, while British taxpayers pay for security when Prince Harry and Duchess Meghan are on official duty, the Duchy of Cornwall, Prince Charles’ estate, pays for expenses of both Prince Harry and Duchess Meghan and Prince William and Kate Middleton.

The rest of this article will discuss just how unwelcoming the British tabloids have been to Duchess Meghan and why Prince Harry and Duchess Meghan have every right to keep their and their baby’s private lives private.

Please contribute to the production of this content by buying us a cup of coffee.
Share this article:

An open letter to Meghan: Why the secrecy over Archie's christening? It hurts us, the British people Link
The racist online abuse of Meghan has put royal staff on high alert Link
Teenage neo-Nazis jailed over terror offences Link
Meghan Markle's Latest Royal Appearance in Fiji Was Cut Short Due to a Security Risk Link
Meghan Markle headlines in UK tabloids a lesson in British racism Link
Statement by the Communications Secretary to Prince-Harry Link 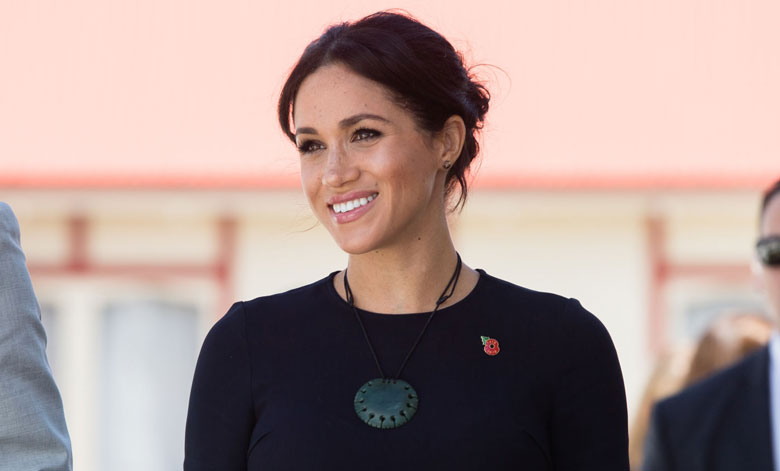 16 comments on “You never welcomed Duchess Meghan, so stop gaslighting and rewriting history”

Taking a stand against hatred, we love to see it!👐🏼

This page does not support slander against Meghan Markle 👑✨

The Duchess of Success – Winning Is The Best Reward

#DuchessMeghan loves to read but few know how much

For those who missed Meghan on #AGT, here's the vi

A surprise message from Duchess Meghan for #Archie

The Duke and Duchess of Sussex at one of their las

#PrinceHarry is all smiles alongside #DuchessMegha

Tune in to a special podcast by Mich today at 5pm