EMILY ANDREWS is a “Writer, commentator, realist. Royal Correspondent for The Sun; all views are my own. Creator & co-host of Royal podcast #OnHeir. Royal commentator & expert”.

The above words in quotes were found on Mud Rack web page about Emily Andrews’ profession. Note it clearly state that …”all views are my own.” Emily Andrews confirms that everything she writes is her own views which many know to be unsubstantiated rubbish. 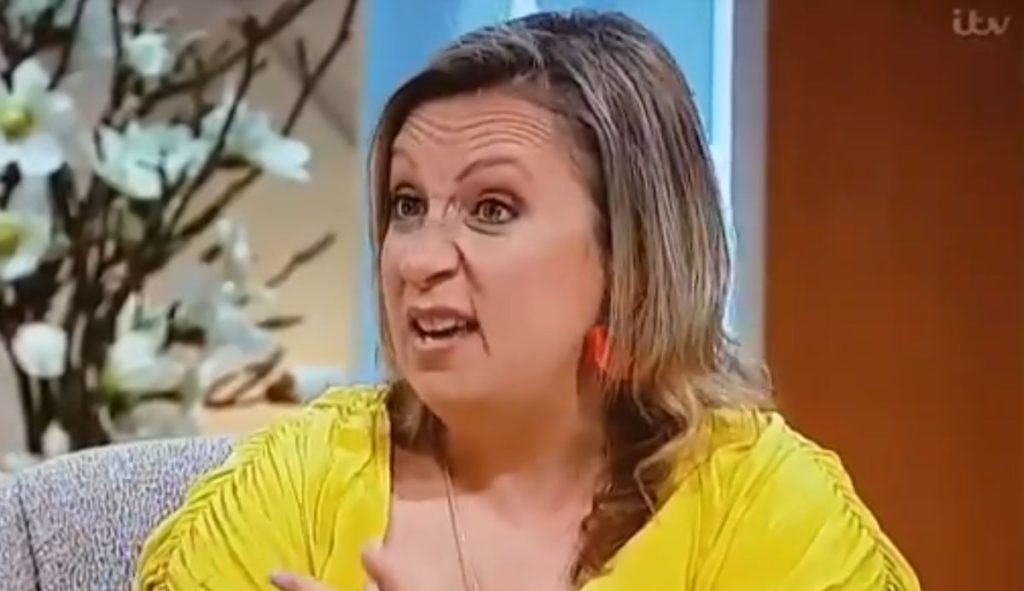 Recently Emily Andrews wrote an article about the so-called list of “Do and Don’t Commandments” written by an “overly protective palace official” distributed to the private citizens residing in neighborhoods on the Windsor Estate near Frogmore Cottage. They read as follows:

To those reading this article, I ask your honest opinion; did you really believe the Duke and Duchess were involved with writing those commandments? We have heard them speak and read their thoughts on paper. Imagine this young intelligent couple who promote changing the world to be a better place for all, communicating to their neighbors in the form of commandments in Old English language.

Shortly thereafter an official statement released by Buckingham Palace reads as follows,”The Duke and Duchess didn’t request this, didn’t know about it, and had nothing to do with the content or guidance offered.”

I want to believe that for most readers this made no sense, but it made perfect sense to Emily Andrews. She took delight in writing this article (without consulting her usual “inside Palace Sources”) because once again it was an opportunity to use her position to expose the Duke and Duchess of Sussex in an unfavorable light; spreading lies to feed the anti-Sussex trolls. Buckingham Palace, the Private Eye and Harper’s Bazaar did us a favour by debunking the article and revealing Emily Andrews for what she really is; a desperate “journalist” struggling to make a name for herself, but failing time and time again.

After the very successful 16-day Royal tour of Australia, New Zealand, Fiji and Tonga, I am appalled that some Australian media outlets seem to have also turned on the Duke and Duchess by regurgitating the nonsense Emily Andrews spews. Could it be that these media houses are owned by the same person that owns The Sun? What happened to fact checking before printing an article? What is the mission of The Sun, other tabloid media and their writers concerning the Duke and Duchess of Sussex, particularly Duchess Meghan?

Since Duchess Meghan became engaged to Prince Harry, the British media went for the jugular; printing mistruths about her background, linking her to ‘gangsta’ neighborhoods, etc. The attacks were so vicious Prince Harry issued a statement to the British media telling them to leave his girlfriend alone. I was foolish to believe out of respect for HRH Prince Harry, who they professed to admire, the British media would respect his request. BUT OH NO! They saw her as their meal ticket. The smear campaign has been relentless, especially from the likes of Emily Andrews, and her fellow mates. The lies and mistruths published by the media have empowered some disturbed trolls to set up Websites, YouTube Channels, podcasts, Facebook and Instagram pages for the sole purpose of smearing Duchess Meghan.
The topics range from fabricated breaking of royal protocols, to closing her own car door, a Baby Shower hosted by loving friends, how she holds her baby bump, how she holds her baby, to being responsible for all the woes of our planet and the eventual downfall of the monarchy. Everything Duchess Meghan does is criticised and vilified. THIS MUST STOP.

Emily Andrews, you have overplayed your hand. We have given you enough of our time and attention. We are tired your endless lies. On behalf of We The People, I submit the following “Do and Don’t Commandments” for Emily Andrews, and this is not a joke

Even though the Private Eye and Harper’s Bazaar were able to debunk the Do and Don’t Commandment article in a few days, Emily Andrews continue to write the false stories.
To Emily Andrews “Writer, commentator, realist. Royal Correspondent for The Sun; all views are my own. Creator & co-host of Royal podcast #OnHeir. Royal commentator & expert”. let it be known that even though you remain relentless in churning out lies about the Duke and Duchess of Sussex, We the People who admire and respect the Duke and Duchess of Sussex shall be equally relentless in calling you out.
Rachel Daniels