The Daily Mail just printed an article lying about Meghan spending 40,000 pounds on bags this year alone by adding the coast of bags SHE OWNED prior to marrying Harry or moving into the UK.

1.  ALL OF THOSE PICTURES AND BAGS WERE TAKEN BEFORE MEGHAN MOVED TO THE UK IN NOVEMBER 2017. Bags are pictured in the same order as mentioned by the Daily Mail article. 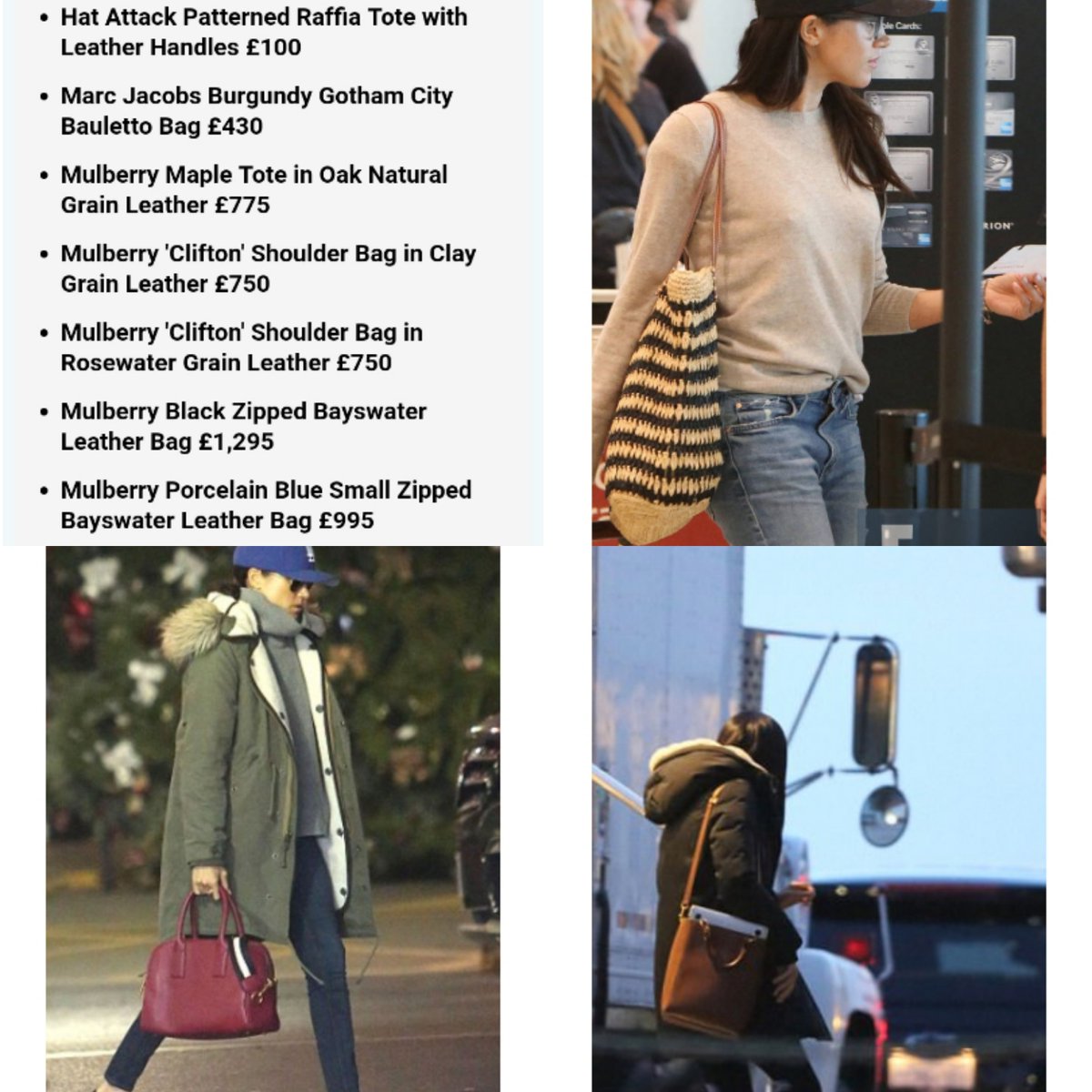 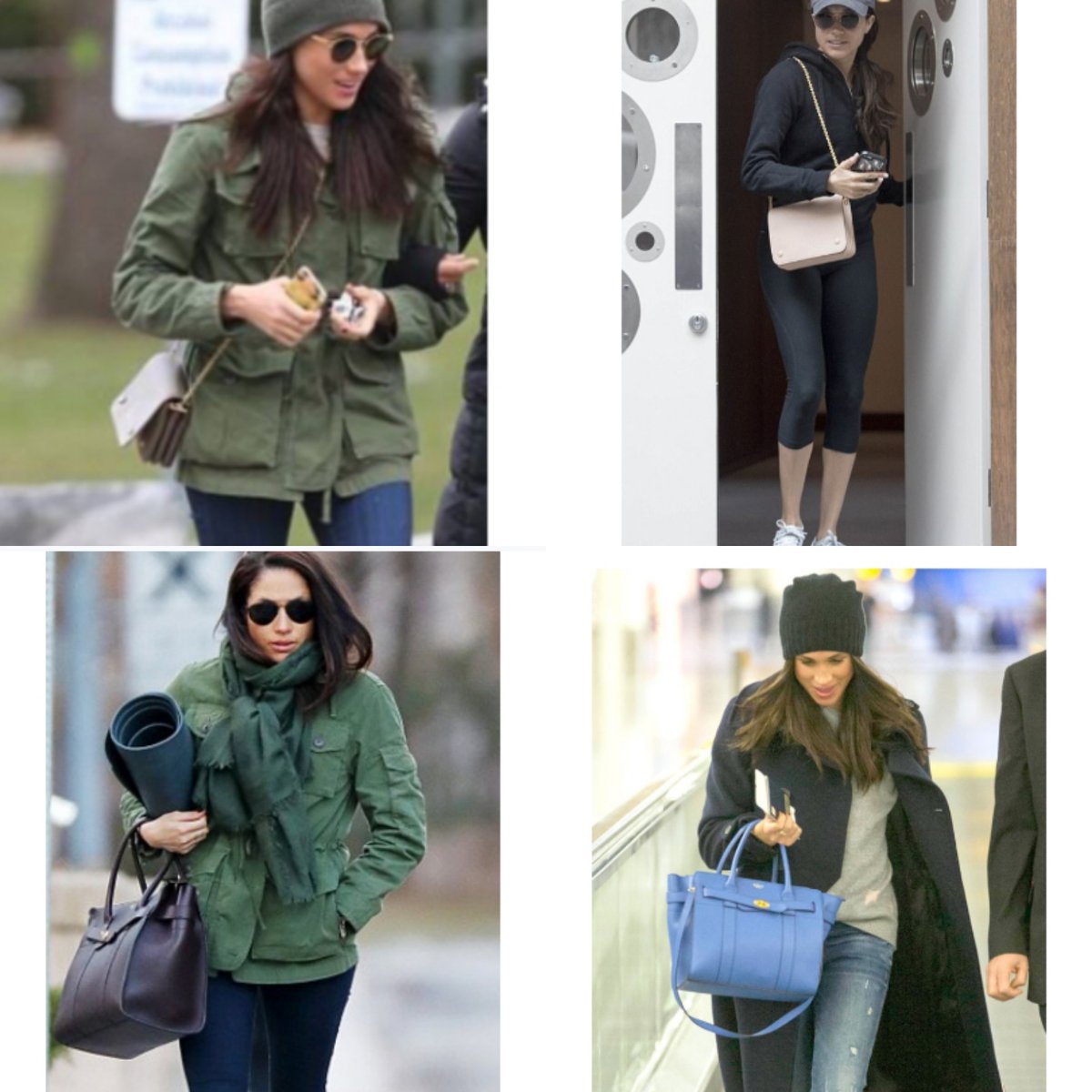 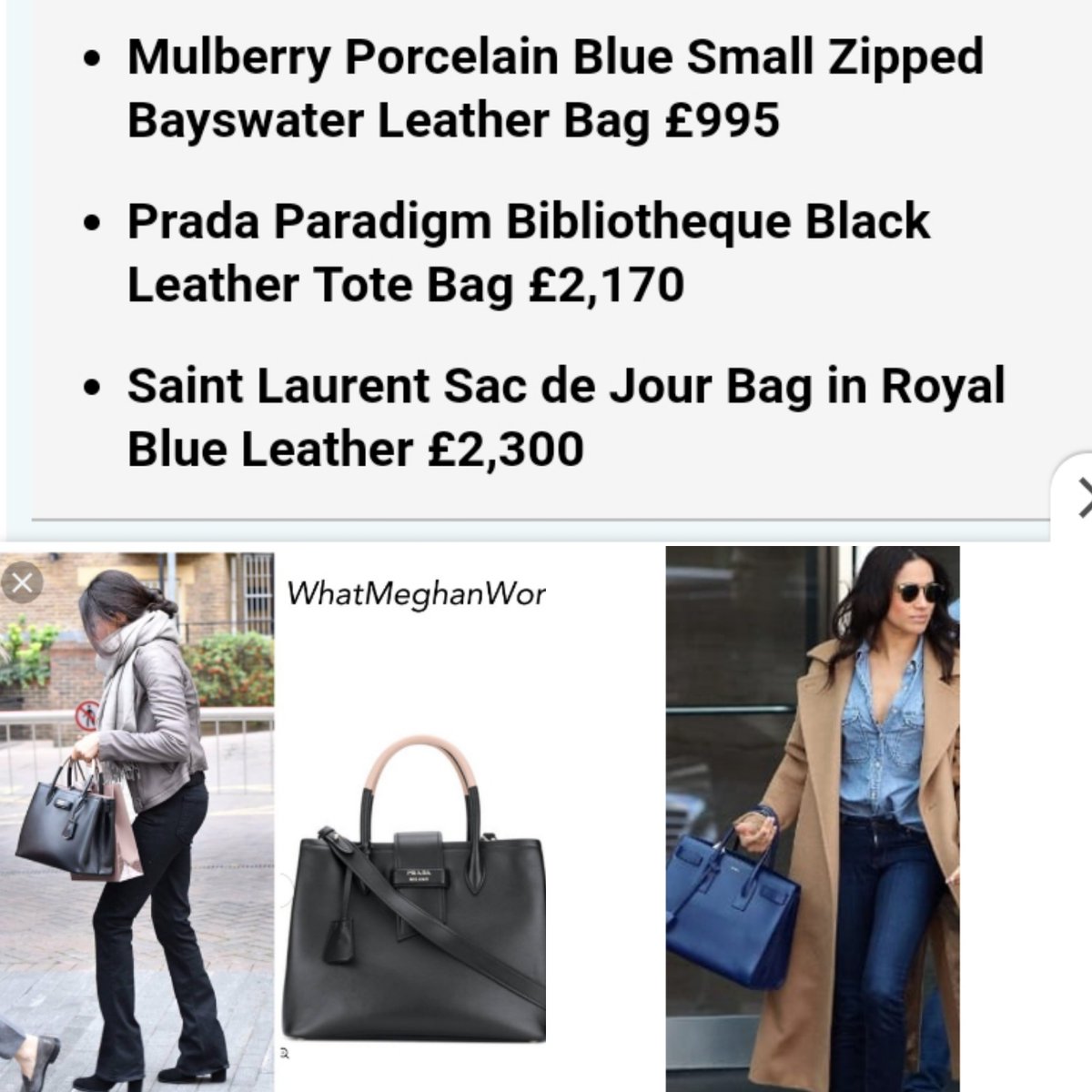 The Altuzzara bag and the Demelier bag were purchased before she got married and it was confirmed that her pre wedding outfits were privately purchased by her and her man. Everything else in those slides are bags she owned way before moving to London. 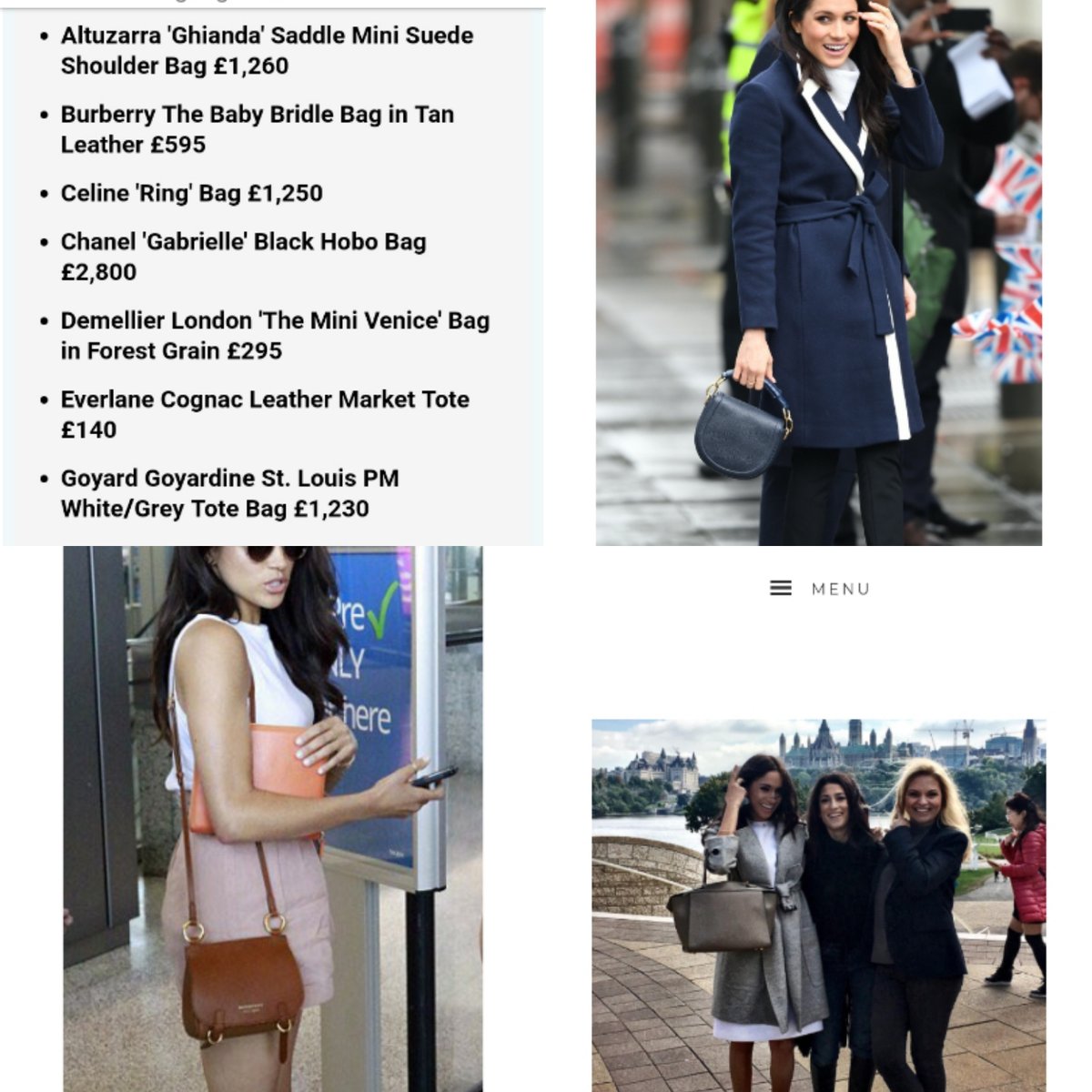 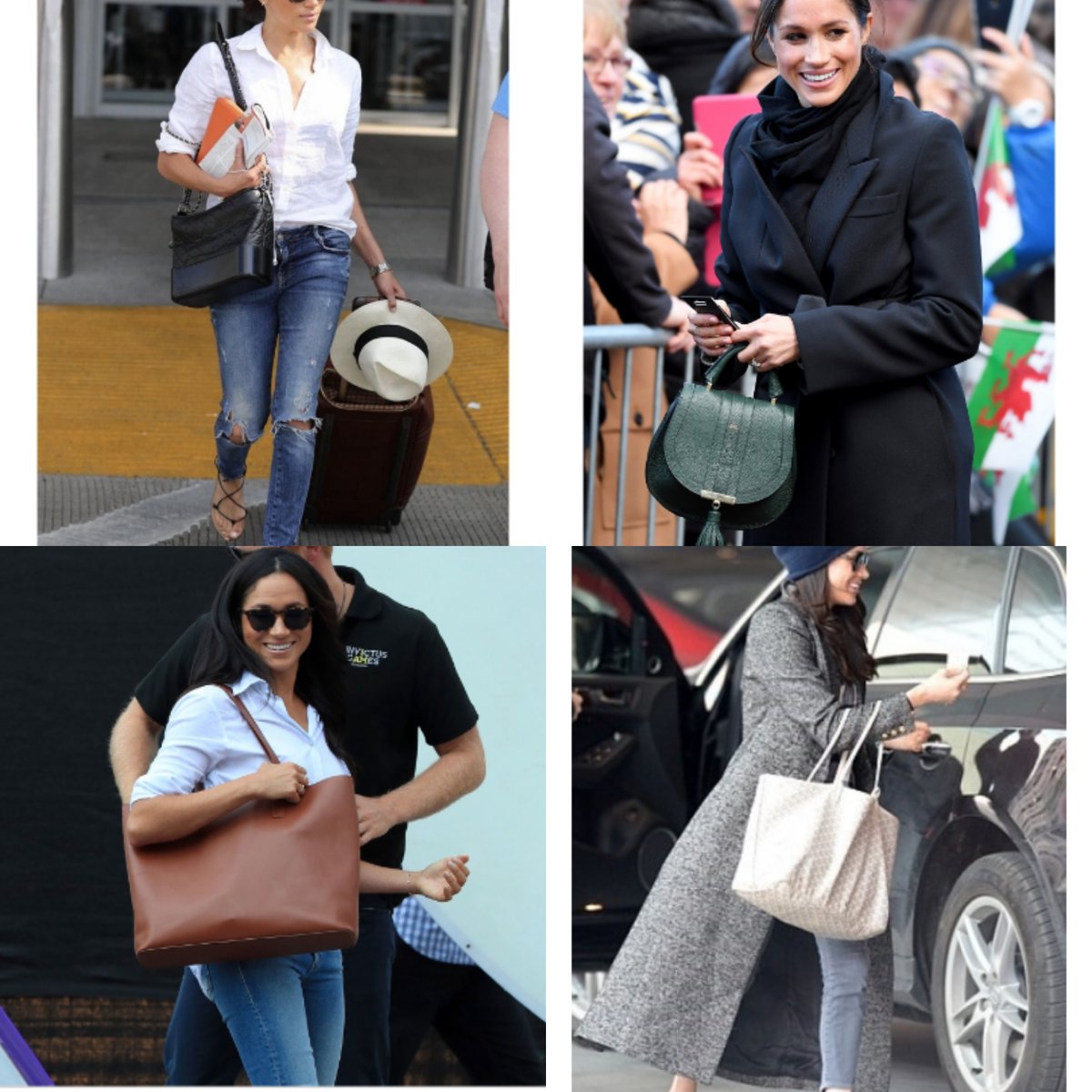 Pre-wedding bags: Jimmy Choo, Mulberry Satchel, Prada biblioteque bag which she also used after her wedding to an engagement at BP with the Queen and her husband. Her Wilbur & Gussie clutch she also used at Charles garden party n to meet the retired actors 3 weeks ago. 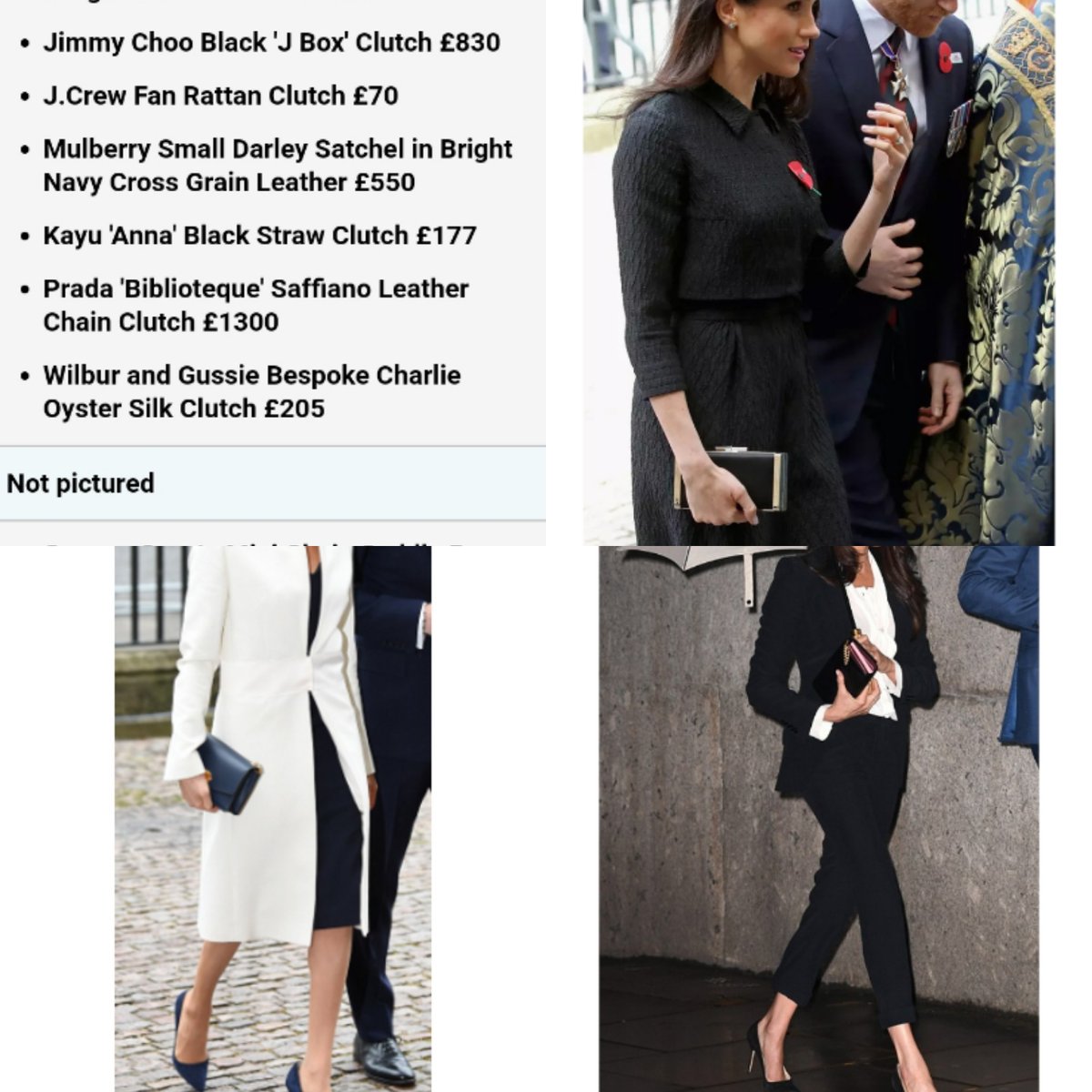 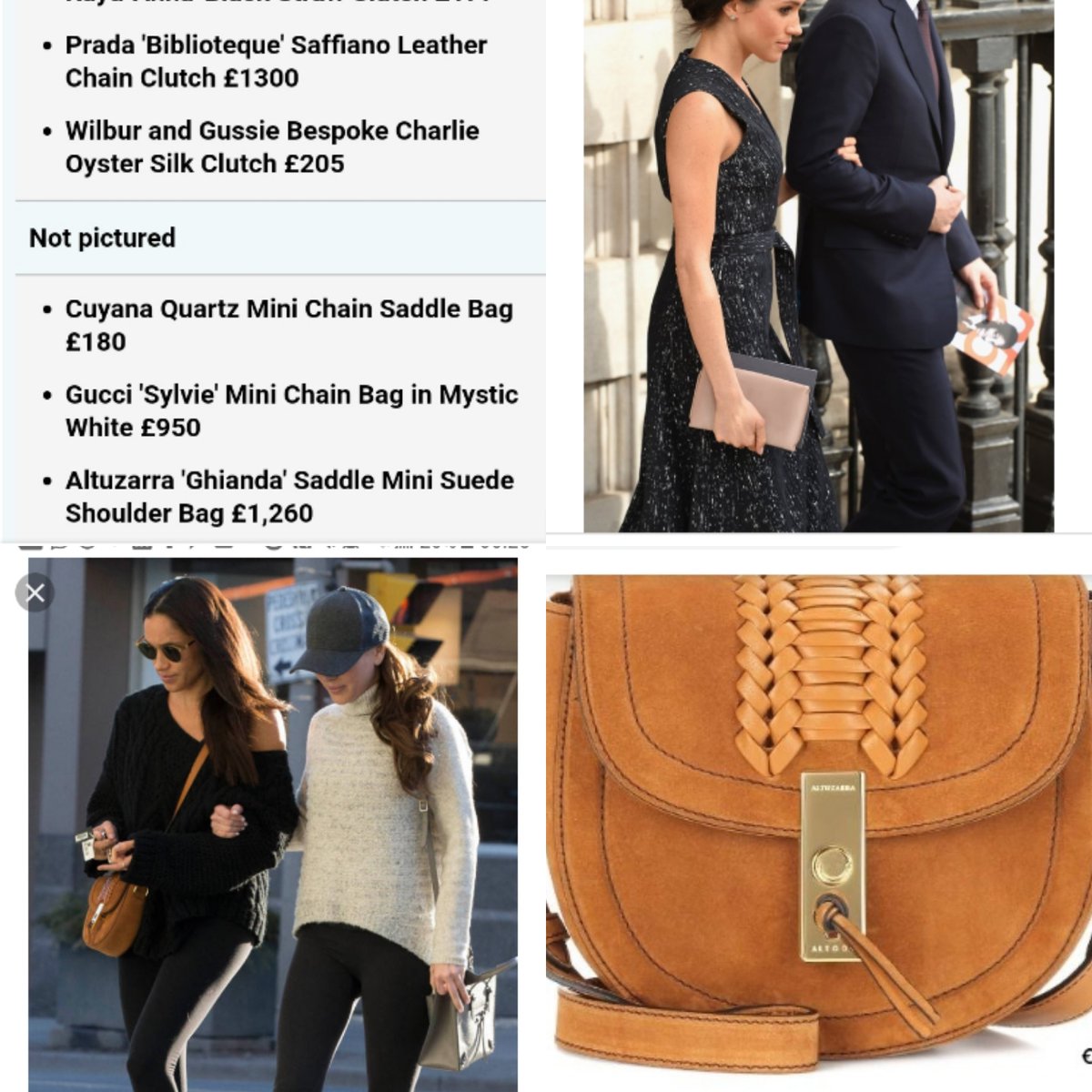 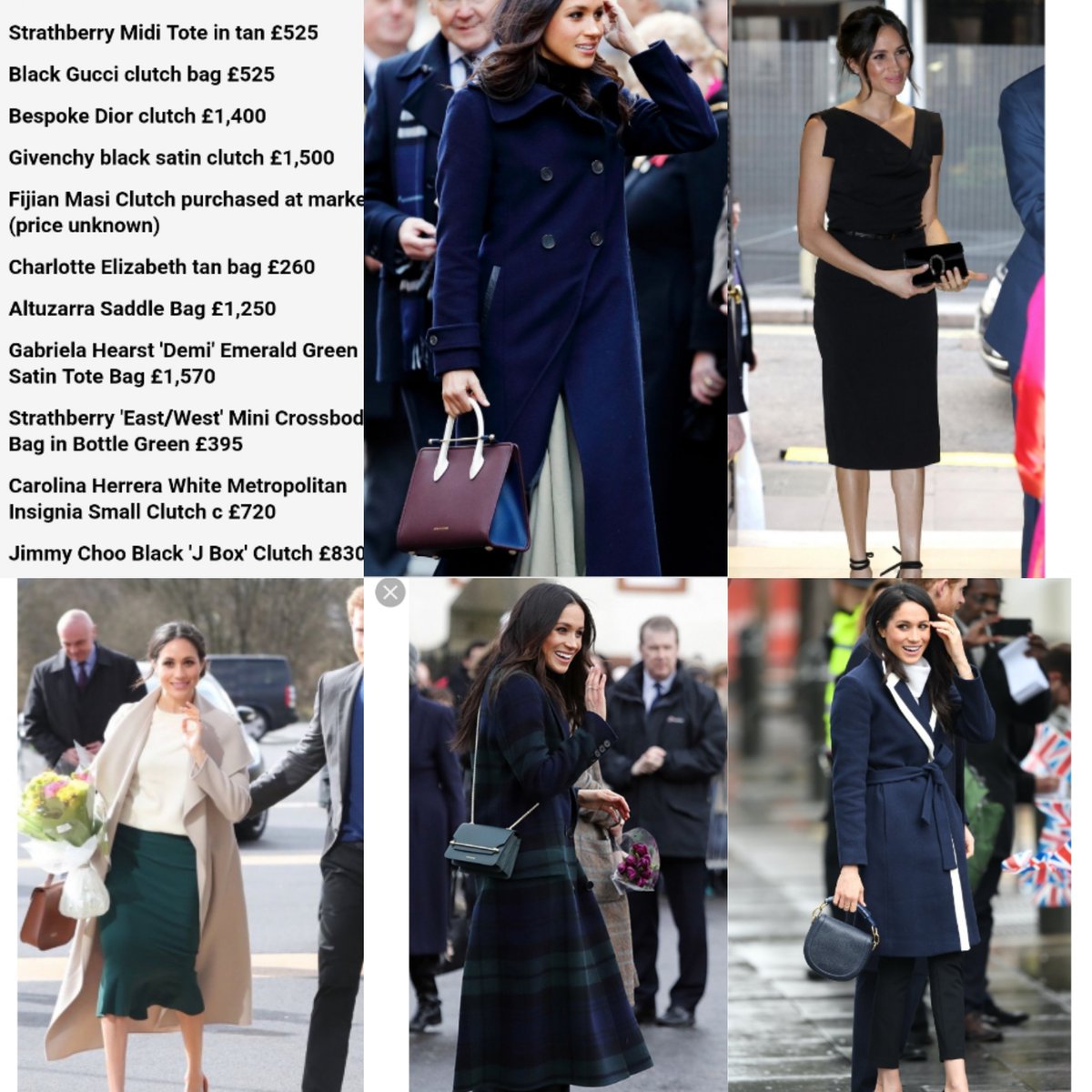 After I exposed the lies of the @DailyMailUK @MailOnline, AnaisLondon changed her tune and updated her article. The original one claimed “It was not clear that The Duchess bought all the bags herself and that KP was reached for a comment”. That part was edited out of article 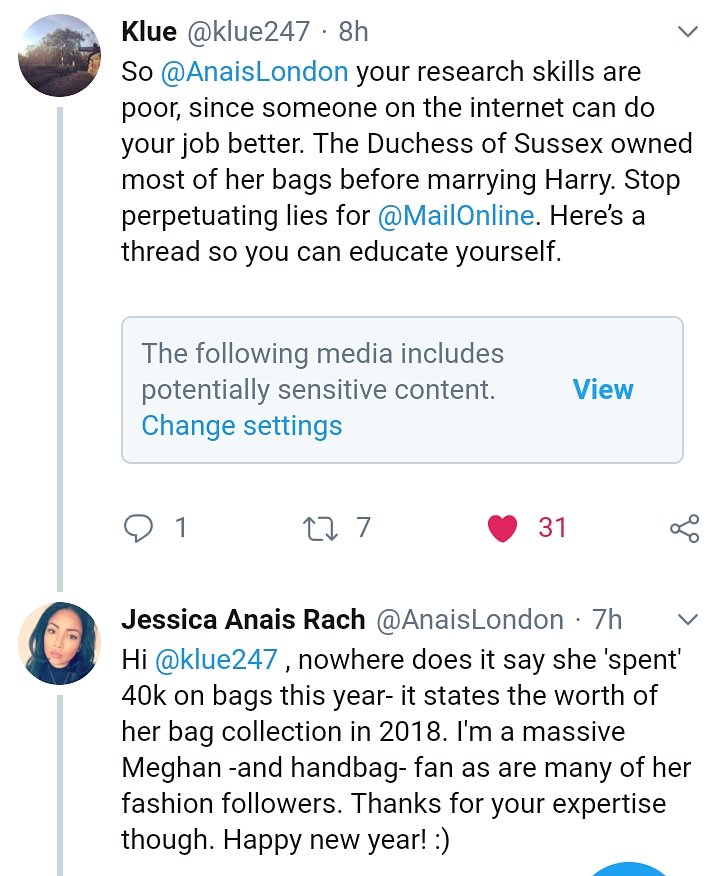 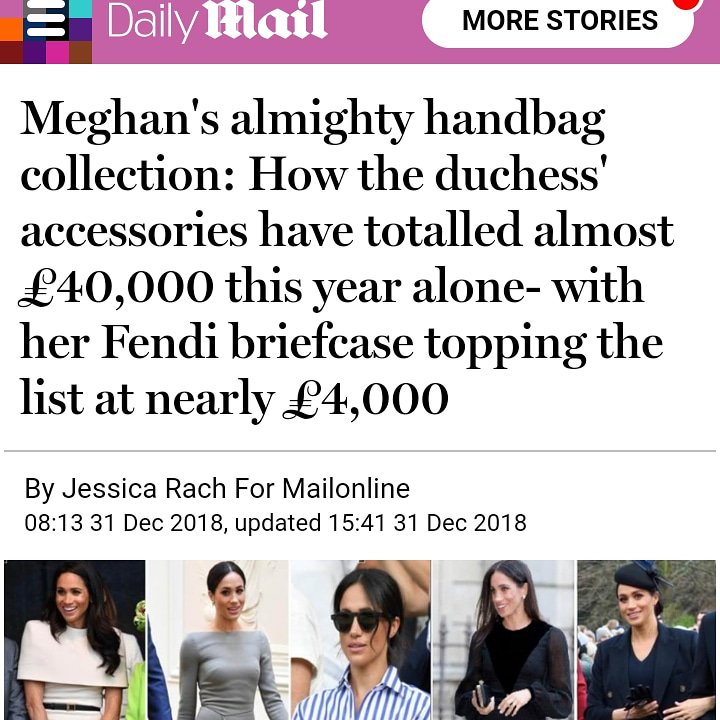 The headline is STILL a BOLD LIE,which is meant to mislead and create a false narrative that Duchess Meghan is constantly spending. It is utter skulduggery .This is an attempt to ‘other’ Duchess Meghan. The writer   is to rob the Duchess of her humanity and create an atmosphere of xenophobia but pointing out fake flaws based on inaccurate information. These tactics are deeply rooted in the foundation of the tabloid whose owner was a Nazi defender read about it in The Times of Israel link provided below.

The Duchess of Sussex purchased these bags while she was living in Canada. Lying that these bags were purchased when she became a royal is skulduggery of the highest level. 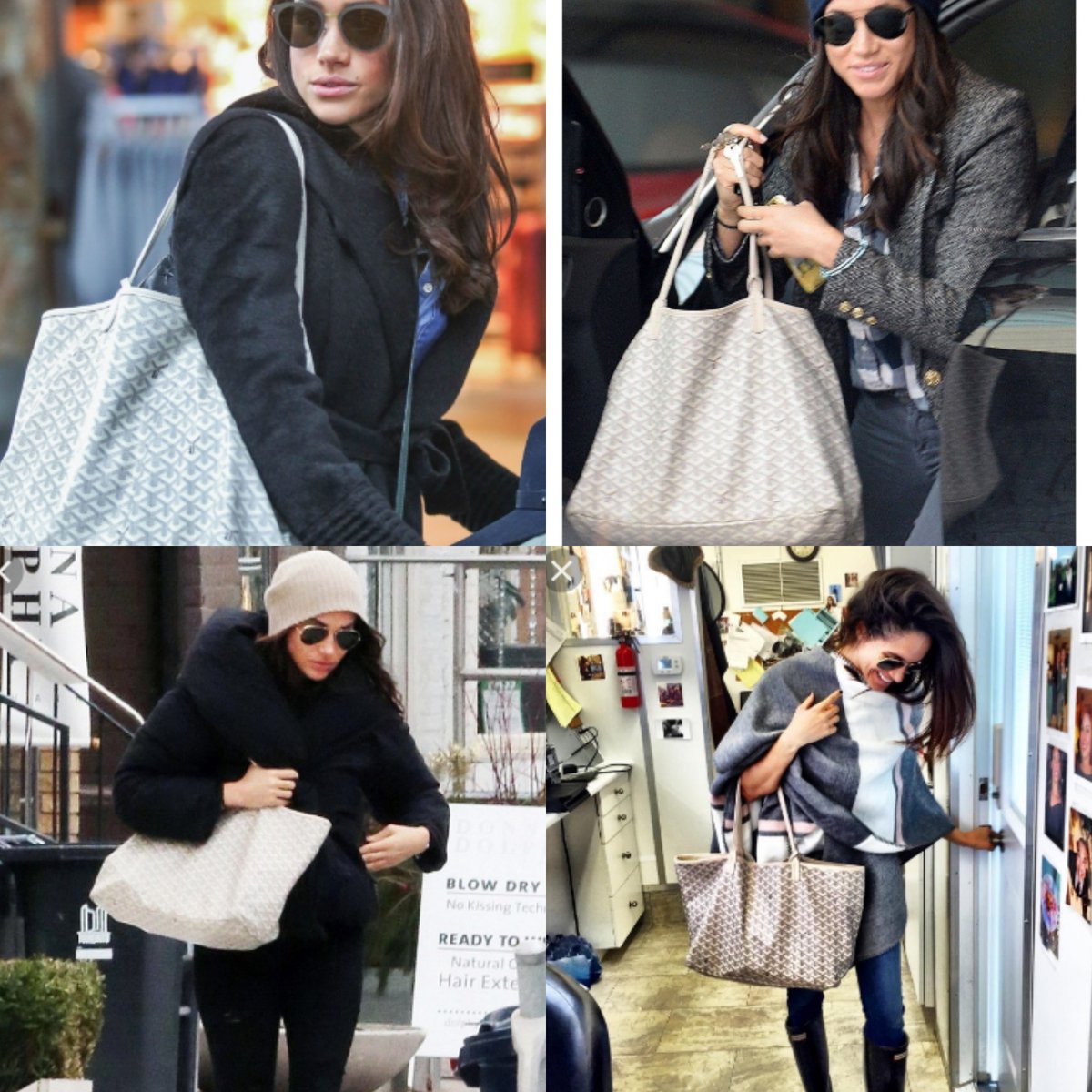 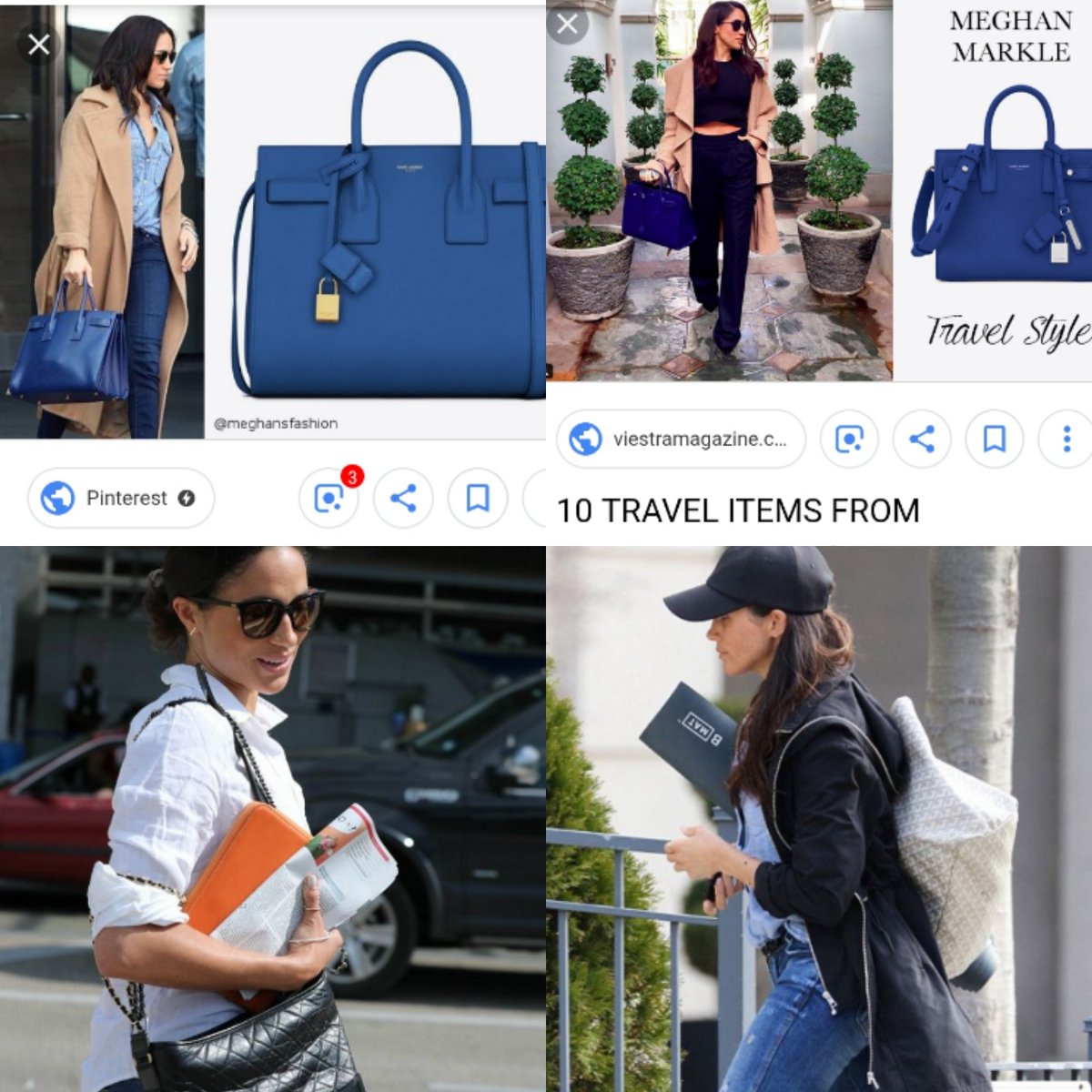 How Did The British Royal Family Obtain Their Wealth? PART 2