Samantha Grant is seventeen years older than her famous biracial half-sister and, reportedly, was never a part of the latter’s life. Reportedly, during Meghan Markle’s childhood, the half-sisters saw each other sporadically, mainly at family functions. By most reports, the two have never been close. They saw each other last in 2008. And as, Samantha Grant herself admitted in an interview with The Sun in November 2016, she and her half-sister had not spoken since Grant reportedly told the latter in 2008 of being diagnosed with multiple sclerosis.

Samantha Grant talks and tweets a lot about “family”. But she has three children, with none of whom she has a relationship. Grant lost custody of her youngest daughter due to child abuse and reportedly surrendered custody of the two oldest children to her own mother reportedly in exchange for money. Grant is also estranged from her only brother, Thomas Markle, Jr., who has said that he and Grant resented their baby half-sister because their father reportedly “tossed them aside when Meghan came along and poured all his love and attention into her”. 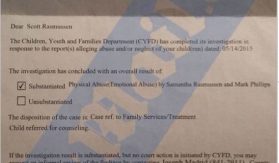 In Andrew Morton’s book “Meghan Markle: A Hollywood Princess”, Thomas Jr. is reported to have described Grant as someone who, if she “didn’t get what she wanted out of you, she was your worst nightmare”. Reportedly, when Thomas, Jr. was given the room that Grant had wanted in their Woodland Hills house, Grant vented her rage by basically stabbing her brother’s new waterbed until it “died”. In the same book, Grant’s mother, Roslyn Markle, from whom Grant is estranged, is also quoted as saying that Grant was “not a tolerant young woman”. A few people interviewed for the book recalled that Grant referred to Meghan’s mother, Doria Ragland, as their maid. And Grant reportedly “resented Meghan’s arrival, and felt that the new baby impeded her father’s ability to milk acting work for her out of his friends”. Grant also refused to babysit her baby half-sister, a major counterpoint to her frequent claim that she helped raise Meghan and that they were ever close.

In an interview with the Daily Mail on April 22, 2018, Grant’s youngest daughter, Noel Rasmussen, said her mother has a vendetta against Duchess Meghan that “is fueled by hate as is her plan to write a tell-all book about their shared childhood”. Ms. Rasmussen, who told the Daily Mail in a previous interview that her mother developed an interest in Duchess Meghan only after she started dating Prince Harry, also said that Grant “wanted to be nice, to be friends, to say how much she loves her sister – but after years of telling me and the rest of the family how much she hates Meghan, how much of a narcissist Meghan apparently is and what a horrible woman Meghan is, which isn’t true at all.” Rasmussen continued:

“Of course my mother doesn’t like Meghan. This she’s told me starting from a very early age,” adding, “She hasn’t liked Meghan since essentially she was born. She’s told me stories about how she didn’t want her around and how she never asked for Meghan. She’s just been overall jealous of Meghan as soon as she got famous and began taking jobs like, for example, [Beverly Hills] 90210. And of course, when she got Suits, that set her off. After however many years, she’s just completely bashed Meghan, said the most horrible things about her to the entire family, and just been completely jealous of her. She hasn’t shown her any type of love or appreciation unless she wants money. That’s it.”

Samantha Grant is the most aggressive of the Markles and the half-sibling who has spewed the most vitriol at her biracial half-sister, even while blatantly profiteering from that half-sister’s fame. Grant filed for bankruptcy twice – in 2003, with husband Rasmussen, and in 2012.

Samantha Grant kicked off her campaign of terror against Duchess Meghan in two separate interviews (one with Radar-On-Line November 1, 2016, and the other with The Sun on November 1, 2016. Grant reportedly tore into her half-sister, who she dubbed “shallow”, “narcissistic”, and “driven by social climbing”. Grant cast doubt on her half-sister’s love for Prince Harry with the suggestion that Duchess Meghan “[a]lways wanted to be a princess and preferred Prince Harry because she has a soft spot for gingers”. Grant further claimed that the Royal Family would be appalled if they knew what Meghan Markle had done to her own family, which, according to Grant, “put her in a bad public light”, constituted behavior not befitting of a Royal Family member, and would kill her relationship with Prince Harry who wouldn’t want to date her anymore, if he knew about the alleged behavior.

Apparently what precipitated and drove Samantha Grant into this full mode scorched earth combat against her half-sister was the fact that, while their white father had reportedly filed for bankruptcy in June 2016, her biracial half-sister had met, fallen in love with, and was carrying on an intense romance, not just with any white man, but with Britain’s Prince Harry, at the time arguably the world’s most eligible bachelor.

It seems, however, that the impetus for Grant’s persistent, relentless and venomous verbal onslaught against Duchess Meghan reaches further back — past their father’s recent economic hardship to Grant’s own economic woes, which started around 2008, the year Grant was diagnosed with multiple sclerosis. As reported by DailyMail.Com, following a November 3, 2017 interview, in 2008, Grant was “a mother of two with a patchy career that had included acting, writing and a stint in the U.S. Air Force”. In other words, Grant was broke, with no training, no job history, no viable career prospect and, as she put it, her “world was turned upside down”.

In contrast, Grant perceived her half-sister in 2008 as someone whose “acting career had taken off”… “[a]lthough . . . she had yet to land the role in the TV drama Suits that would make her famous”. Grant also pointed out that, in 2008, Meghan Markle was dating film producer, Trevor Engelson, whom she went on to marry in 2011. The contrast between the two lives could not be starker. The unspoken expectation was that the half-sister would swoop in and take care of everything, if not with her own money, surely, with money from the film producer she was dating. Apparently, unable to work and with no financial hand-out from her “successful” half-sister, Samantha Grant filed for bankruptcy in 2012. Four years later, her father would follow suit.

Can you feel the rage, the jealousy, the resentment? That rage, that jealousy, that resentment have been simmering in Samantha Grant for nine years and they are the forces behind Grant’s despicable and sustained public campaign to humiliate and annihilate her biracial half-sister. There is a sense that their father’s subsequent financial problem is just a cover for Grant’s personal vendetta when she said in one of her several interviews: “I felt she [meaning Duchess Meghan] should help my dad when he was having a hard time”, but then immediately added: “But maybe he wouldn’t have wanted her help”.

Driven by rage, jealousy and resentment, which, given the known history, could be partially racially-motivated, Grant lashed out at her half-sister in paid media appearances and on Twitter, criticizing the latter as a “hypocrite”, a “shallow social climber”, “self-obsessed”, “narcissistic and selfish”, and someone with a “hardened heart” for not spending money on her family. Grant denigrated Duchess Meghan’s philanthropic work as photo ops and insisted that Duchess Meghan spend her fortune (which Grant estimates at seven million dollars) on philanthropic causes she supports.

In 2017, Samantha Grant first announced, with much fanfare, that she was penning a tell-all autobiography titled: “The Diary of Princess Pushy’s Sister”. Like an experienced snake-oil salesman, Grant hyped her “autobiography” in terms of what it promised to say about her half-sister, rather than herself. She was deliberately vague, stringing words together in a general, headline-grabbing, but incomprehensible word salad.

The media lapped it up. Grant racked up paid appearances.

As widely noted by some media commentators at the time, the book announcement was timed to capitalize on the Duchess of Sussex’s then anticipated engagement to Prince Harry. In fact, Samantha Grant herself has not been shy or apologetic about the money she has made, or could make, simply by the fact of being the obnoxious, loud-mouthed, and deceitful white half-sister of the only biracial member of the hitherto all-white institution that is the British royal family. To the contrary, she has claimed it as her entitlement and has capitalized on it. Here, the glaring contrast between the loud and greedy white paternal relatives and the quiet, dignified Black maternal relatives, who have remained largely in the background, must be noted. Is this yet another manifestation of White privilege?

5 comments on “Monetizing Meghan, The Duchess of Sussex Part 2”