The UK press does not make up stories as stated in the TLC Kate v. Meghan: Princesses at War  let’s investigate with facts:

Duchess Meghan’s lawyers held The Mirror accountable. Knowing that the facts and the law were not on their side, The Mirror admitted that  no provocative images of Meghan Markle were used in the proceeding of the Duchess Kate’s topless photographs. The Mirror apologized. 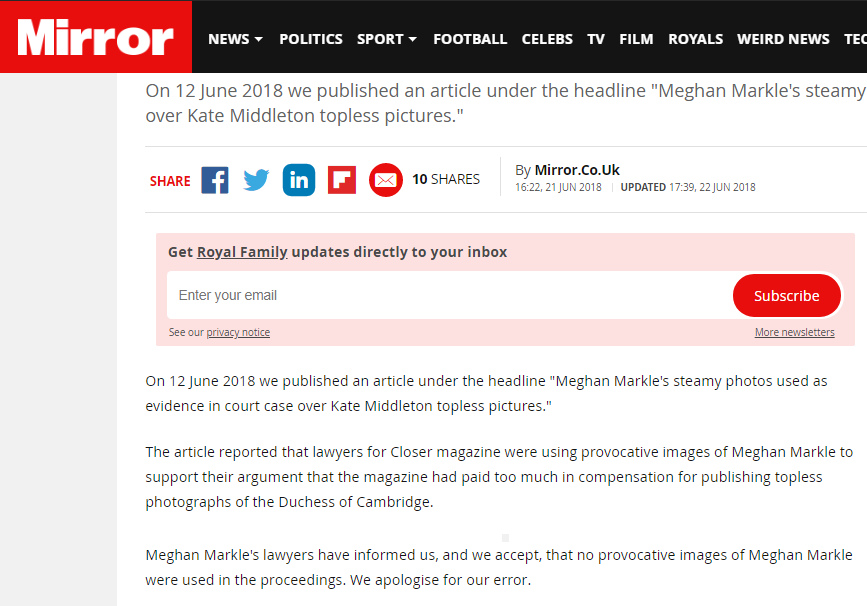 The Sun buckled under the weight of truth and created a diplomatic incident with their imprudent headline: “MEG MOZZIE FEAR Prince Harry goes solo as pregnant Meghan axes Zambia trip over Zika virus concerns” on November 24, 2018. 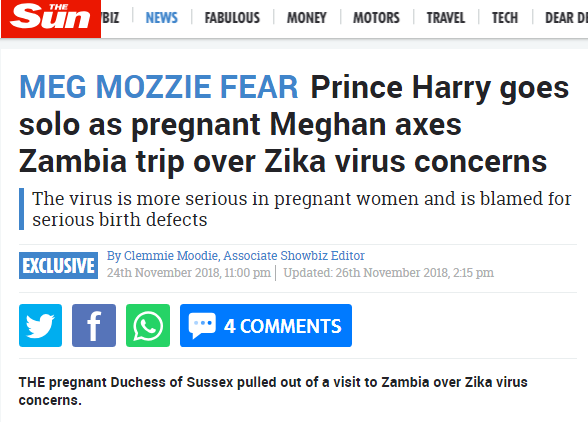 This headline prompted a stern rebuke from the Zambian High Commission in the UK:

The Zambian government then launched a complaint with UK High commission; much to the chagrin of the UK government.

The fake news went viral across Africa and Asia; because of its potential to ruin Zambia’s tourism industry.

The Zambia High Commission Press Office also wrote to The Sun directly requesting a retraction and an apology:

“The Zambia High Commission Press Office has since written to the SUN expressing displeasure and demanding a retraction of the story as well as an apology.  The mission has further advised the author to research as it is a known fact that Zambia has never experienced any Zika case and has not been listed on the Center for Disease Control and Prevention as a country that is prone to the disease.” 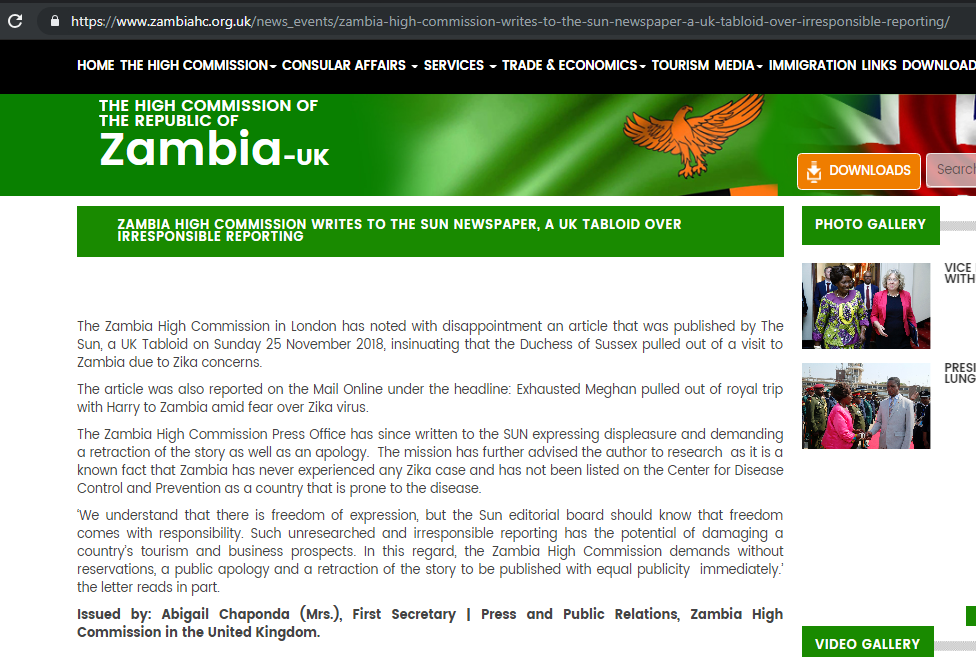 When confronted by the IPSO or the law, these publications usually admit the error of their ways. 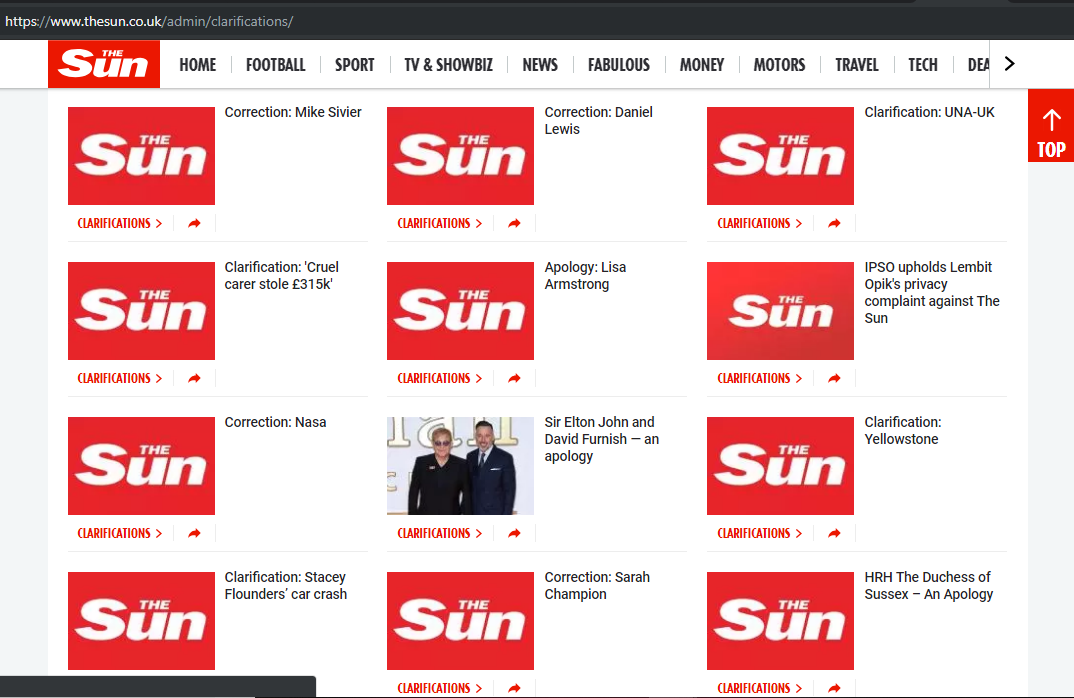 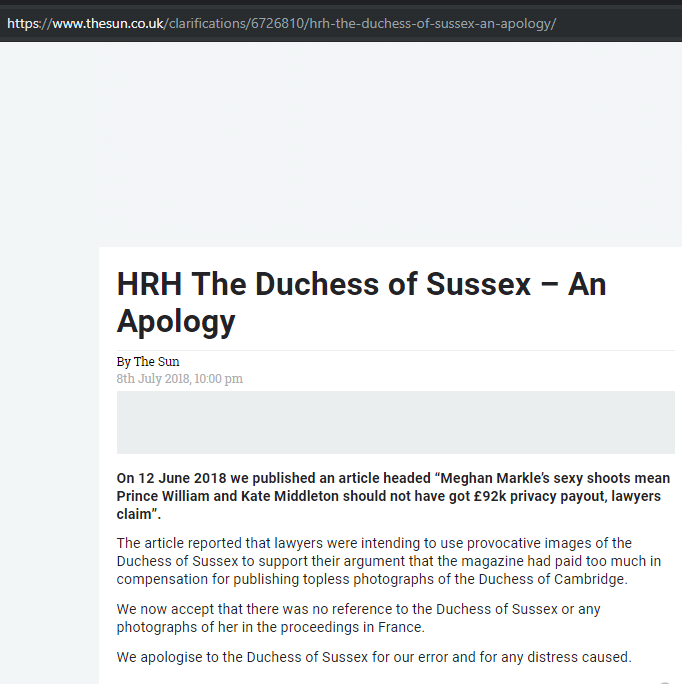 What TLC succeeded in doing was to alienate Commonwealth Nations and global audiences; and undermined the credibility of the British royals. The British Royal Family is a global brand, but Commonwealth voices were excluded in TLC’s programme. The Commonwealth is mostly comprised of people of colour (POC); therefore, their exclusion from this special sent a message that reverberated throughout many Commonwealth Nations that the voices of POC are not important.

It is the leaders of the Commonwealth who determine amongst themselves the person who will become their “symbol of the free association of independent member nations” and thus, the Head of their organization. In the past, they have bestowed that honour to King George VI and Queen Elizabeth II. At the Commonwealth Heads of Government Meeting (CHOGM) in London 2018 it was formally announced that Prince Charles will succeed his mother as Head of the Commonwealth.

If Prince William aspires to succeed his father as the Head of the Commonwealth, Kensington Palace will have to do damage control. In TLC’s programme Katie Nicholl branded William (a future King) as intolerant, disrespectful and petty. Nicholl’s negative portrayal of Prince William’s character to global viewers ensures that he will have to work earnestly to change this perception of himself.

Duchess Meghan makes a surprise appearance at the ballgame