One shoulder dress  worn by Diana, Princess of Wales and she received applause from the UK media. Years later her daughter in law wears the same style and her dress is described as ‘vulgar’ for the simple reason of her ethnicity. 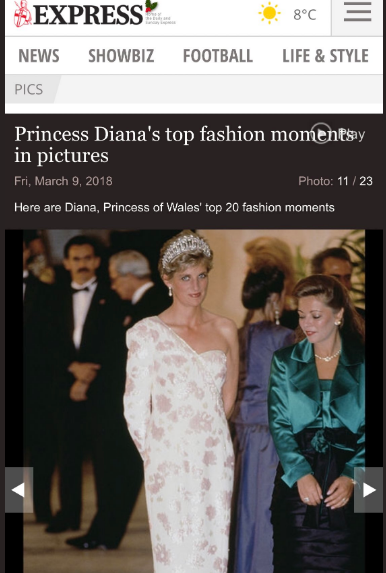 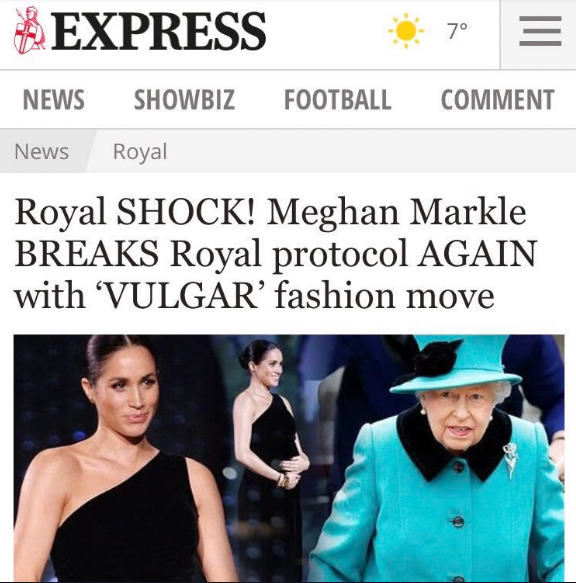 At the Bafta Awards in 2019 Duchess Kate wears a one shoulder dress and here are the reactions from the UK media.

The Duchess of Cambridge was described as an “angel” in her one-shoulder dress, just weeks after Meghan Markle was deemed “controversial” for doing the same. Why?– Style Magazine

“Royal SHOCK! Meghan Markle BREAKS Royal protocol AGAIN with ‘VULGAR’ fashion move” wrote the Express at the time. The same journalist also insisted that an exclusive ‘palace source’ had told them: “Meghan is being told she needs to start dressing less like a Hollywood star and more like a Royal.”

When Duchess Kate a one shoulder white dress at the Baftas here is what Express.co.uk had to say 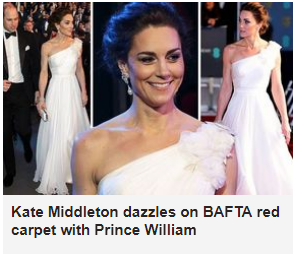 The protocol police claimed Meghan’s inability to “follow royal fashion rules”, and Belgravia Bugle, an author and etiquette tutor, was even invited to speak about the Duchess of Sussex’s “controversial” behaviour on Channel 5 News according to Style.co.uk.

“She’s a new member of the Royal Family, a controversial member,” said Bugle, seemingly fighting the urge to clutch at her pearls. “I think I would be more careful.”- Belgravia Bugle.

After shaming Duchess Meghan Bugle lied that” a member of the royal family is expected to conduct herself as one and cannot be seen in one-shoulder dresses.”

Bulger was silent when Duchess Kate wore the one shoulder dress , no talk of breaking royal protocol Bugle who boasted and castigated Meghan but was silent when it came to Kate. Reflecting on Bugle’s discomfort with a confident bi-racial Princess Henry aka Duchess of Sussex Meghan Mountbatten Windsor.