During her first public event with Prince Harry in December 2017, the former Meghan Markle carried a Strathberry midi-tote. Strathberry, is a small Edinburgh based luxury label that was founded in 2013. Their leather bags are designed in Scotland and handcrafted in Spain. A spokeswoman for the Brand released the following statement through the Telegraph,

“It’s just amazing for us, it; really is the greatest. It was a fantastic surprise and we are really excited. We’re suddenly incredibly busy.”

“We never thought it could happen. A phone call came into the office and the team said ‘there must be something going on.’ It started ringing and it just never really stopped. There were people all over the street. It was all a bit crazy… But amazing at the same time. Utterly amazing to be honest.” (Evening Standard, Nov. 2018)

“Again, we had no idea and it was just amazing.”

“We were already starting to take the brand international and her championing us has really helped to spread the Strathberry name globally. That said, I don’t think the Meghan effect guarantees long term success, that’s about the brand and your product.” (Evening Standard, Nov. 2018)

In 2018, Strathberry opened its first boutique in London’s Burlington Arcade, and will soon be sold in Nordstrom, an upscale U.S. retailer. Yet another outstanding example of Meghanomics at work…

Hiut Denim Company is a Welsh-based jeans company founded in 2011 by David and Clare Hieatt. It is located in Cardigan Wales. In 2002, Dewhirst, which was a manufacturing factory that made jeans, relocated to Morocco; leaving 400 workers unemployed. Hiut Denim was created to provide employment for many of those workers, who had lost their jobs. So when Meghan wore Hiut Denim’s Dina jeans on her Royal visit to Cardiff Wales, a small unknown company became international known.

“The website went absolutely crazy. We have a backorder waiting list for three months. We are having two more people in and we’re moving to a new factory. The effect has been remarkable.”(The Daily Mail, March 2018)

On May 19, 2018, Meghan Markle’s life changed forever when she became Prince Henry’s beautiful bride, the Duchess of Sussex. After months of speculation the British designers Clare Waight Keller & Stella McCartney were thrust into the spotlight. Stella McCartney, designer of the second reception dress gown, is known for advocating sustainability within the fashion industry.

“She’s letting the world know that there are some really great Canadian designers. Whether she wears Sentaler or whether she wears another Canadian brand, in the end, she’s supporting our country and our fashion industry, so we all win from it.”( Bojana Sentalar told Refinery29, Jan. 2019)

“Meghan is responsible for the growing international interest in the Canadian fashion industry. Meghan has opted for the lesser-known brands and that’s really made these designers catapult into the fashion industry, and her effect on these emerging brands hasn’t been short term. We are still seeing Meghan have a lasting effect on searches for brands she worn months ago and many of these brands have been Canadian.” (Refinery29, Jan. 2019)

Consequently, the Meghan Effect has benefited these Canadian fashion brands by:

On July 17, 2018 Duchess Meghan wore a dusky pink House of Nonie sleeveless trench dress to a new Nelson Mandela Centenary Exhibition, in London England. The House of Nonie is an up-and-coming ten year old Canadian fashion house started in 2008, in Calgary Alberta, Canada; and re-launched in 2015. The sleeveless trench dress had been purchased prior to Meghan’s relocation to the UK. House of Nonie makes “…handmade basic pieces made to order by Canadian seamstresses in Canada.” (Hello!, July 2018)

“To have Duchess of Sussex, Meghan Markle wear my design, is such a dream come true. Her support of the brand means getting the right exposure on not just me, but on Canada as a whole. It’s amazing when people get excited about Canadian designers because we have some really incredible designers here in Canada.” (InStyle, July 2018)

“It was overnight. It definitely overwhelming. I went from being pretty well known in Canada, to starting to get known in New York too. All of a sudden, it was international, with emails constantly coming in at weird hours. We had to grow right away. We had to bring on more seamstresses at the factory in Vancouver. I feel like I got my MBA in two months.” Kharey went on to say that “…she owes Meghan for her newly acquired business acumen and the 10 seamstresses she hired have the Duchess to thank for their jobs.” (Refinery29, Jan. 2019)

On September 9, 2018, the House of Nonie had their first showing at NY Fashion Week and Kharey said that she ”had to turn people away at the door.” (Refinery29, Jan. 2019)

“It was a total surprise! I wasn’t told anything until moments before, when my team found out she’d chosen to wear it on Christmas Day.” (Glamour, Jan. 2019)

More recently, Duchess Meghan wore this very same design coat (in a red colour) on her visit to Birkenhead on January 14, 2019.

“It is truly incredible for me as a designer as well as for my team that the Duchess is the first to appear in a piece from my new upcoming collection! We couldn’t be happier. The bright red colour looked beautiful on her. She was glowing!”(Refinery29, Jan. 2019)

Aritzia is a Canadian fashion brand; founded in Vancouver British Columbia, Canada in 1984. It is a well known mid-range priced Canadian clothing brand that promotes the mantra of dressing people, who desire “…individual style…obsessed with quality.” (Aritzia website)

Aritzia has been one of the Duchess’s preferred brands to wear. She often selects clothing from their Wilfred and Babaton selections.

Meghan Markle wore a burgundy Wilfred ‘Beaune’ midi dress by Aritzia to the opening ceremony of the Invictus Games in Toronto in 2017.

An engaged Meghan wore an army green (olive) Babaton for Artizia trench coat to the UK Invictus Games trials at the University of Bath Sports Training Village on April 6, 2018.

On January 14, 2019 the Duchess wore a purple (Acai) Babaton Maxwell dress by Aritzia on her royal engagement to Birkenhead.

Pippa Small was called “the glamorous bohemian’s rock purveyor of choice” by the Sunday Times in December 2012. She “has been visiting Turquoise Mountain since 2008, and has now produced 8 collections in collaboration with Afghanistan’s jewellers.” (Turquoise Mountain website)

Turquoise Mountain Foundation was founded in 2006 by the Duchess of Sussex’s father-in-law Prince Charles in collaboration with former President of Afghanistan, HE Hamid Karzai. Its “aim is to preserve and regenerate historic areas and communities with a rich cultural heritage and to revive traditional crafts, to create jobs, skills and a renewed sense of pride.” In its almost 13 years of existence, Turquoise Mountain has “built over 50 small businesses in Afghanistan, Myanmar & the Middle East, supporting a new generation of artisan entrepreneurs who not only drive economic development, but also preserve their unique cultures and traditions.” (Turquoise Mountain website)

“It creates jobs and it gives people a sense of pride and a sense of identity.”

The Sussexes’ final engagement in Fiji was a Welcoming Ceremony in Nadi; followed by the unveiling of a statue commemorating Sergeant Talaiasi Labalaba, a British-Fijian soldier. At those events the Duchess wore two bangles (bracelets) designed by Pippa Small from her Turquoise Mountain Collections and a pair of earrings designed by Pippa Small. The Duchess re-wore her Pippa Small earrings for the closing ceremony of Invictus Games in Sydney Australia.

“I’m so thrilled that she was wearing those bangles. Even though they were just simple bangles — they look incredibly chic on her of course — but it’s what’s behind them that is so utterly amazing.”(People, Oct. 2018)

The Duchess of Sussex wore stud earrings and three gold cuffs, when she presented the Womenswear Designer of Year Award to Clare Waight Keller; at the British Fashion Awards in December 2018. Those cuffs & errings were designed by Pippa Small and produced by Turquoise Mountain artisans.

“Honoured to see the beautiful Duchess of Sussex wearing our bangles and stud earrings proudly made by artisans of the @TurquoiseMountain foundation in Afghanistan. Working to train and employ young men and women in conflict areas.”

The Duchess of Sussex can catapult a local or lesser known designer or fashion house into a global recognized name, and increase its sales; just by wearing its designs. It’s not just about the clothing; but rather her appreciation of the cultural heritage and honouring the county or country, through the designer she chooses to wear.

Meghan has been named as an ‘ultra-influencer,’ by the global fashion search engine Lyst. Lyst ranked Meghan as the third most influential person, in fashion, in their annual Year in Fashion (2018) report. Lyst uses core facts and figures. Lyst stated that

“On average, if Meghan wears a designer, that brand will see a +200% increase in search demand over the following week.” (InStyle, Nov. 2018) 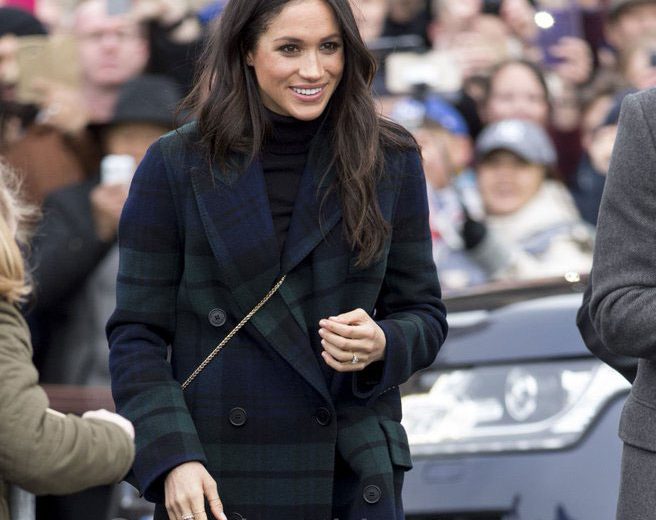 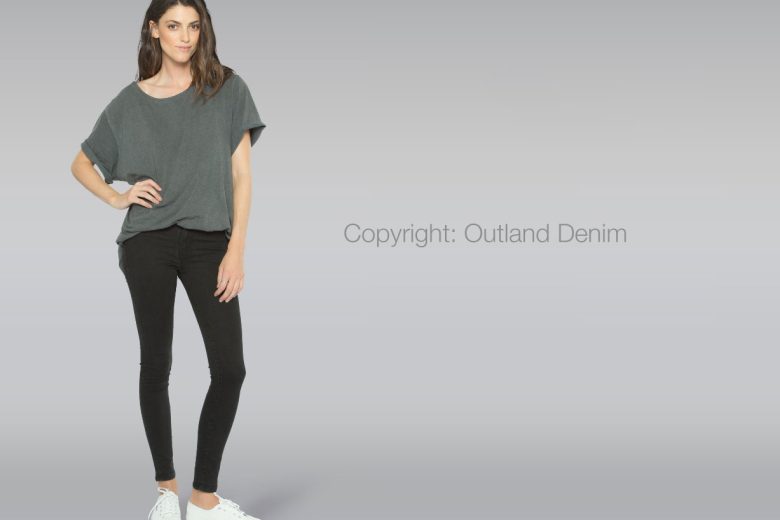