Context of Human Rights Legislation – Have you ever wondered whether the British Royal Family and their associates in the British Media (particularly those in the Royal Rota) live in an alternative universe compared to the rest of us?

What are Human Rights?

Why are Human Rights important?

Where do Human Rights Come From? 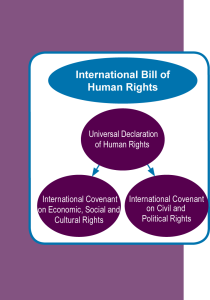 Who is Responsible for Upholding Human Rights?

“Every individual and every organ of society shall strive by teaching and education to promote respect for these rights and freedoms and by progressive measures, national and international to secure their universe and effective recognition and observance.”

The provision means that not only the government, but also businesses, civil society, and individuals are responsible for promotion and respecting human rights.
When a government ratifies a human rights treaty, it assumes a legal obligation to respect, protect and fulfil the rights contained in the treaty. 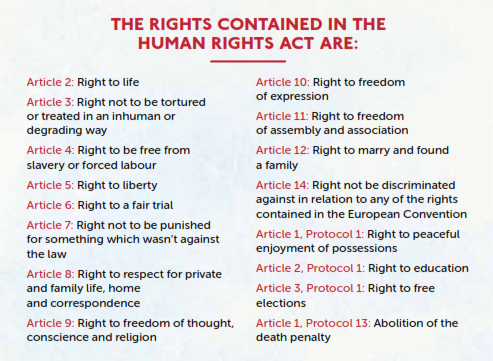 Important note: Article 8 is the Section of the Human Rights legislation that was used in the communication from Prince William’s legal team to UK media and whoever else, that resulted in the cessation of all reporting and commentary about an alleged affair. Social media posts were removed, I am guessing by the authors.

My question is why this International piece of legislation, which is in force with some amendments to ensure that it suits the UK legal framework, does not appear to be applied to the Sussexes? Whether it should come into play as Prince Harry is a UK citizen, or whether it is applicable in the USA as this is now the home of the Sussexes? I have no idea. I am not a legal expert at all. I am merely inquisitive as to why institution of the monarchy and the UK media are using the same piece of legislation in different ways for 2 members of the Royal Family.

One is allowed to use it to stop articles and discussions about his private life, but the other is chased around the world and written about daily with no regard to the law in existence. Not only is the law flouted in this sense, but the monarchy itself, or at the very least elements within it, appear to wholly support the disparate treatment of Prince Harry and his family. It is their courtiers and some principals even, who set the agenda and send out talking points to the ever willing media accomplices. Regardless of titles, Prince Harry and his family are no less deserving of protection under the law than anyone else. Why is the so-called head of state presiding over an operation that is teaming with law breakers? And more importantly, why is it acceptable?

If examined closer, there are many aspects of the law on Human Rights that members of the Royal Family are denied by the institution, that is if you believe the media mouthpieces with the backing of the Royal Family. The reality is that, it is not illegal for them to do so, but borne out of self-imposed rules/protocol (I call it a set of fluid circumstantial rules) about what is deemed right for the members of UK Monarchy e.g. politics. It should be common knowledge that the Royal Family do indeed involve themselves in politics. Just because they are not seen visiting or deliberating with politicians in front of cameras does not preclude its occurrence. They have been known to put pressure on politicians behind the scenes in favour of their own agendas.

Senior civil servants from the government and Royal Palaces have a revolving door arrangement, so it is beyond naïve to state that it does not happen, and it is inequitable to publicly chastise the Sussexes via a torrent of click bait articles in tabloid publications suggesting to their readers that interference in politics took place in the USA Presidential voting process. I would suggest that there is likely to be a far higher percentage of political activity going on behind the scenes with various members of the BRF and politicians around the world, as well as within the UK; it is just done out of sight most of the time. Somehow, people accept this secrecy and pretend that all is rosy.

It is not illegal for members of the Royal family to vote in elections, it is just something that the Queen has decided is not appropriate for them to be involved in. The subterfuge at play here should concern all. The power of a vote is to be able to shape the society you live in, by choosing representatives who share your values and will fight for your rights. The BRF pretend that they will not have a say in this, but actually clandestinely, they can- by wielding influence or applying undue pressure behind the scenes.

Wouldn’t voters/citizens rather openly know what their monarchy is advocating? And if it’s at odds with their interests or welfare, then they can publicly address it. You know what they say about sunlight? If for nothing else, the “tax-payers’ are owed that transparency. Or not? They seem to think they are owed pictures and other fluff, why not the stuff that really counts? Anyway, I digress.

The only member of the UK Monarchy who is above the law is The Queen. Anyone else in the Royal family who may have transgressed can be charged (e.g. Princess Anne was charged for a speeding offence; driving at 90+ mph in a 70mph zone) but cannot be arrested in the presence of The Queen, or questioned on the grounds of or near to any Royal Palaces.