There is not a day that passes without the British and Royal press blasting some headline about Prince Harry or Duchess Meghan, which news supposedly came to them via a well-placed source or a “friend”. Never mind that Harry and Meghan categorically stated that no one in the palace, or any royal source, well-place or whatever speaks for them. You see, since Harry and Meghan formally stepped back from their roles, there has been this insidious strategy to strip Harry of his agency and autonomy as a fully formed and accomplished human. Why would this be necessary? I think it’s a two-pronged aim.

First, it is obvious that despite the abundance of documentary evidence about Harry’s own feelings about remaining within the institution of the monarchy- ones that pre-date his meeting his wife- and since then, just the wretched way in which the media, some in the country and his royal family have treated him and his wife, the media and its puppet masters are trying. Trying to get us to take our thinking caps off and believe that Meghan alone informed their decision to step back. In the face of all logic and reasoned consideration, the powers that be are desperate to persuade us that Meghan is the big bad wolf. It would appear she’s the thing they fear or are threatened by the most, judging by how hard they try. Her power! 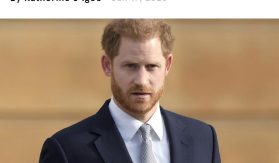 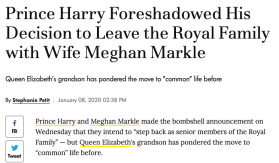 Secondly, If indeed Harry didn’t know better and has been supposedly led astray by Meghan, then that leaves a helpless Harry in your mind right? Does that sound familiar? “Harry is lonely in Canada”, and now “ Harry is lonely in LA”, “ Harry feels out of sorts in LA”, “ Harry misses the UK”, “Harry misses his friends back home” and all that jazz. Poor Harry, you’re being led to think. What would they ever do about poor Harry? I have an idea.

Apparently there is a person who by birth is the second in line to the British throne. For whatever reason, he has been incapable of taking that birthright and his own God-given talents to create a profile for himself, outside of some tangent to his younger brother who is sixth in line to the throne. It’s been the unending refrain since their childhood; Look how responsible William is compared to Harry, or he’s smarter, he’s more traditional, he’s more dutiful, he has more hair… oh wait that wasn’t one of them, but you get the point.

Operation reclaim the spotlight is being resuscitated after an attenuated response to all previous iterations. It seems the role of future king and the business of preparing for kingship(if I hear this one more time…) is not enough to capture the spotlight, so the hunt for the shiniest new medal is on. I give you the embryonic stages of “benevolent future king”. The one who reached out and extended a hand to poor lonely Harry. Take note of the very recent headlines: “William is in touch with Harry” and the latest “Prince William writes letter to Princess Diana Charity from ‘my brother and I’” or “ Prince William Shouts out Prince Harry in Letter to Princess Diana Organization”. What the h-e-double hockey stick? I’m sure Prince Harry was dying for a shout-out like the air he breathes. 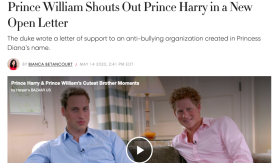 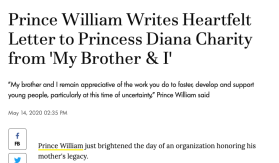 This is where I get off my detour back onto the main road. William cares about only William. And that’s what this not so cleverly disguised propaganda is about. Don’t forget that, it is this same William “who dropped Harry like a ton of hot bricks”, and who was reportedly “tired of holding his brother’s hand” during the feverish coverage of Harry and Meghan announcing they were to step back. 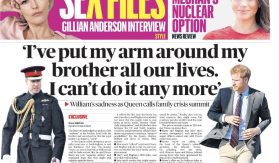 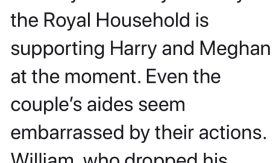 The timing is also curious because. Prince Harry has been receiving A LOT of great global coverage about his work with Well Child, the Netflix-Thomas The Tank project, Invictus, and recently his support of vets through the Guinea Pig club and CASEVAC club. And may I add, it’s coverage that has not been filtered through the refractive lens of the royal press. So like clockwork, here comes tag-along K to do what he does best, trying to get up the coconut tree. Don’t be deceived, all these weird stories about Harry missing his family, the UK, and XYZ have been laying the ground work for William to not only be inserted into this positive news cycle, but also for him to emerge as a magnanimous figure.

Nice try. This latest round of PR is dead on arrival, because no one is buying what they’re selling. We haven’t forgotten that it is this same brother, who sent his media attack dogs after Harry’s wife in particular, as a way of diminishing their popularity. If you don’t believe me, take it up with Tim Shipman. And while the media went after Meghan and stoked the most negative sentiment against her, this same brother, the principal at Kensington Palace, who is reported to be an anti-bullying advocate and even presided over a failed anti-cyberbullying initiative, did not avail his digital media resources to sanitize their Instagram feed of the most vile, vitriolic, threatening and at times outright racist commentary about his pregnant sister-in-law. It’s because this team was working overtime deleting comments and blocking posters whose comments were deemed as infringing on his “human rights”. Okay! 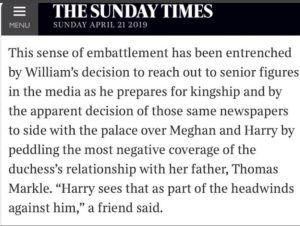 It wasn’t even a year ago that, when Harry and Meghan were called every name in the book for traveling on a private jet(something all royals do and are defended for it), his brother tagged along that media cycle to pour salt onto Harry’s wounds. The night before their trip, last minute flight arrangements were made with the now bankrupt budget airline, FLYBE on behalf of William and family to travel to Scotland. He was cast as the responsible and eco-conscious future king for supposedly flying budget. Naturally, the royal rota were swift to his defense, when questions about the convenience of said budget flight were raised. 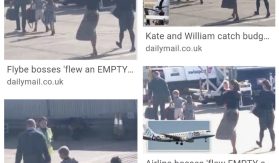 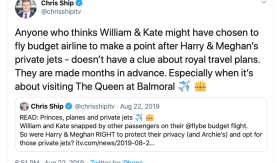 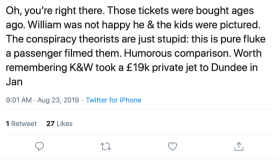 Naturally, like everything hatched in the dark, that publicity stunt unraveled when a report from the Scotsman uncovered, the last minute arrangements and the lengths the airline went, to position an aircraft for the auspicious royal flying act. 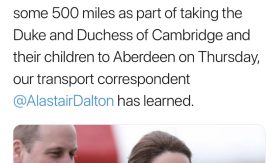 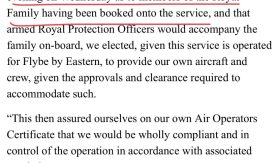 Fast forward to the next media storm around Harry and Meghan- The Southern African Tour documentary. As is customary with the British press’ dealings with Harry and Meghan, they always find the most negative slant and this time, the consensus was to portray Harry as “ mentally unstable” or “vulnerable”. Of course brother, the mental health advocate, did not miss the opportunity to enter the news cycle with his own label, Fragile. Why not ? Mental health advocacy and stigmatization go hand in hand right? The Curious Case of William’s Care for Harry! 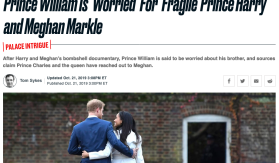 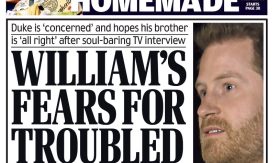 My point is that, every time William has had occasion to be linked to Harry in a news item, it’s usually designed for his benefit. Whether it is a negative story or a positive one, Harry always gets the short end of the stick, so that William can smell like roses. This time is no different. Everything Williams’s actions have shown us does not track with this new narrative, except the part where there is a potential for good press. It is always selfish. They are brothers, and if they decide to smooth their differences, great. I however doubt that any genuine and well intentioned effort will be cataloged in the news. If for nothing, to protect that precious relationship you’re trying to rebuild.

So to the propaganda hacks, I say try another. Harry misses his UK friends? Are these the same ones the media hacks told us that Harry no longer hung out with because, you guessed it- Meghan had chased them away? And now he’s missed his family, the same ones who said they did not support him and his wife, and had moved to distance themselves? 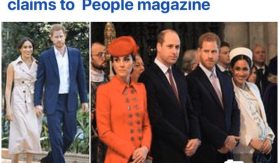 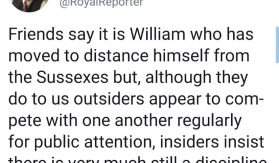 The same family which the media told us Harry and Meghan are no longer part of its inner circle? And this was all while they still lived in the UK. The very ones who couldn’t manage polite pleasantries at the last Commonwealth day service. Give me a freaking break! I think Harry is just fine in LA. And his brother could care less. He just wants you to think otherwise.

Nothing new under the sun. Just the tired old alliance whose enterprise is money-making on one hand and profile building on the other.

Sylvester McMonkey McBean might think “you can’t teach a sneetch”.
I say, not so fast. “When people show you who they are, believe them”.

Dr. Seuss and Dr. Maya Angelou. Over and out.