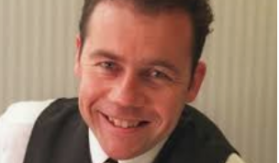 Richard works for the Daily Express as a Royal correspondent. Of all Royal correspondents, he has one of the highest numbers of followers on twitter. He is very active on Twitter where he often projects his personal views and opinions and cites “palace sources” to give validity to his reports. In terms of Royal coverage he does not travel to a lot of engagements unless they are within with the UK and so he and his paper rely on other reporters for their coverage.

During the summer of 2018, when Meghan’s paternal side of the family were all over the news attacking Meghan, he was one of the journalists who had Samantha Markle as a source. Bear in mind that Samantha has not had any recent contact with Meghan even prior to her engagement to Prince Harry and has time and time again, proved to be an unreliable source. Richard found himself in an embarrassing situation when he and others reported that Thomas Markle was starting a fashion line with Richard quoting Samantha as his source only for Samantha to later on announce via one of her many Twitter accounts that it was a lie. We can very safely say that anyone who relies on Samantha Markle as a source does not understand the rules of sourcing for reporting purposes and by that very same token does not have reliable sources.

But the thing that is bothersome about Richard is his association with an online hate group that targets the Duchess of Sussex. They even have a moniker for her that rhymes with Brexit. These accounts are known to spread lies that are intended to generate online hate against the Duchess of Sussex. For someone who perceives criticism of his work as abuse and who will block anyone that calls him out, Richard is pretty tolerant of such abhorrent accounts to the point of having exchanges with them. Just a glance at his timeline will show you the kind of abuse directed at the Duchess, that he is willing to entertain. For many of them he gives them visibility and legitimacy that they crave by not only hosting their views but using the same language that they use in their tirades against the Duchess. 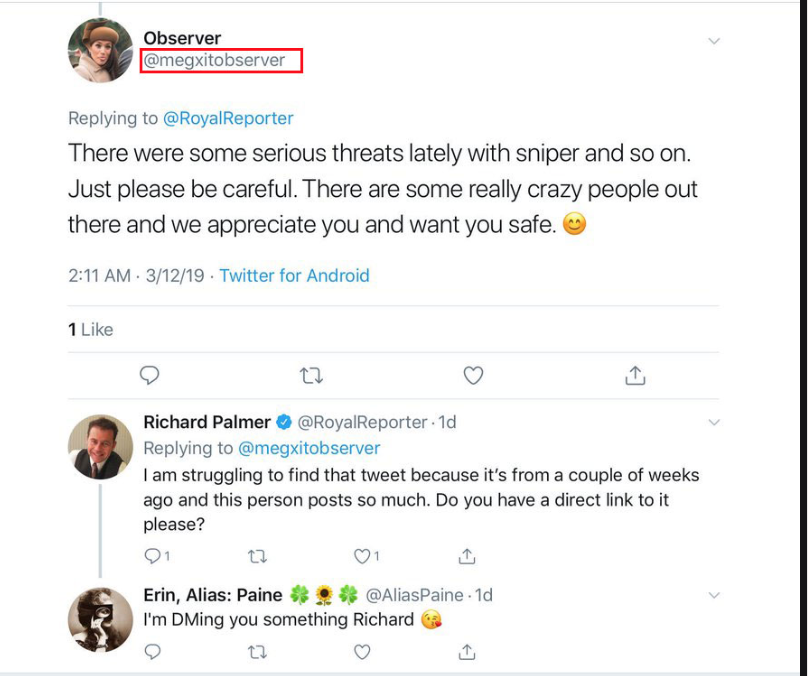 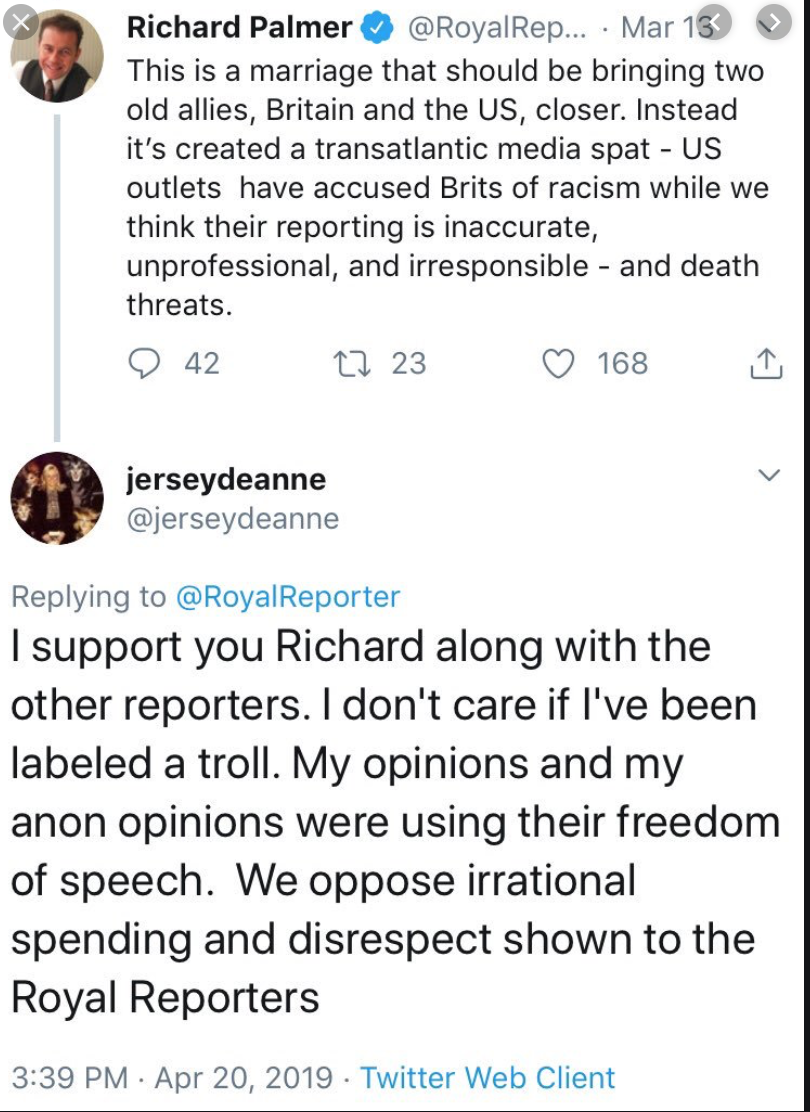 Simply put, Richard behaves like a Twitter troll. Besides blocking accounts that challenge his position he has been known to go after Twitter users (more specifically verified Twitter users of color) with burner accounts and once you call him out the trolling stops. In other instances he has tracked down their employers and attempted to get them fired; something he is happy to brag about.

If there was any doubt that the reporting around the Duchess of Sussex and her husband is deliberate and targeted, Richard in a tweet tells us that editors are not happy and are giving them “stick” for it. He does come across as a snitch and maybe that is why royal reporters themselves prefer not to associate with him. 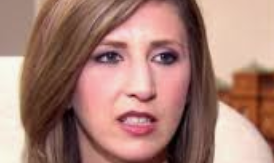 This lady works for Sky news as a royal correspondent. At the height of this relentless campaign waged by the media against the Duchess of Sussex, Rhiannon reasoned that this could be because not much was known about Meghan and she needed to “allow” the public to get to know her. Forget the countless articles and YouTube videos about Meghan including interviews she did during her time on suits. Or that Meghan gave an interview with Vanity Fair Magazine; and let’s not forget about that engagement interview. Rhiannon has in the past had a one-on-one interview with Prince Harry himself so this reeked of a desperate attempt for an interview with Her Royal Highness. These interviews are very important for these reporters as you will see further on, all they need is that level of association for them to claim that they have some kind of unique access to a royal from which they will spin endless royal tales.

Rhiannon has been front and centre at pushing specific narratives – one of them being that Meghan Markle has lost favour with the public and that she needed to come out via the media so that the public could get to know her. It is important to note this narrative because it provides evidence to what Prince Harry said in his most recent statement when he said part of the reason for the media campaign against Meghan is because she was not visible during her maternity leave.

We saw evidence of her furthering constructed narratives when she tweeted that the September issue of Vogue was a divisive project for the Duchess of Sussex and that the trip to Africa was a chance to rebuild her tarnished image. Like I mentioned this is her personal opinion that she is presenting as facts and seeing that she works for Sky News, irresponsible statements like this get accepted as factual and are repeated by online news sites as well as social media hate groups, feeding into the cycle of abuse.

Popularity is very important to the Monarchy and more specifically for some members more than others. A threat of popularity decline is one of the reasons the Royals will throw open the doors and invite the media in, as a way to turn this around. The fact is the narrative of loss of popularity is simply not true as shown by independent polls that reveal that Harry is the second most popular Royal with Meghan coming in sixth place sharing the same approval rating as Prince Charles. They have the most impressive social media engagement indicators across all Royal social media accounts – in other words they are doing just fine. Rhiannon like many of her counterparts use this in the hope that they will get that exclusive.

In the video promo for True Royalty TV: Meghan and Harry, The Baby Years, Roya claimed to have been the only journalist Harry had introduced to Meghan. However the video of that interaction tells a totally different story. Roya was in the crowd during a walkabout in Nottingham where Meghan undertook her first royal engagement when this so-called introduction happened and it lasted less than 20 seconds. 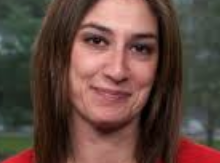 Roya Nikkah is a royal Correspondent for The Times and several American television stations. Like many royal commentators and experts, she claims to have private insight into the Duke and Duchess of Sussex. To her credit, Roya does have inside sources within the palace (Kensington Palace to be specific) that feed her exclusives. The purpose of some of these exclusives is to get out a story and gauge the public reaction prior to action being taken.

During the Oceania Tour, she reported that there was a plan to split the joint household that served both the Cambridges and the Sussexes. Then earlier this year she reported that there was a plan being drafted in the palace to “ship” the Duke and Duchess of Sussex out to “somewhere in Africa” over growing concerns that their popularity was eclipsing Prince William and his wife. But things got dicey when the same paper ran an article by Tim Shipman that laid bare the details behind this story; from the people who were the masterminds of this plan to stating how the palace was siding with news editors to push the most negative coverage of the Duchess of Sussex’s relationship with her father. This particular story went down like a ton of bricks because it revealed that there were deliberate actions being taken against the Duke and Duchess of Sussex coming from within the palace walls.

Following the split of households, Roya no longer has that privileged access to the Duke and Duchess of Sussex that she did while they were under Kensington palace and uses her Sunday paper to publish whatever story she can about the Duke and Duchess of Sussex; many of them scanty on fact and full of innuendo and personal opinions , furthering the lazy narratives of the Sussexes not towing the Royal line and demonstrating how the royal reporting beat is a one trick pony show.

Reporters like Roya rely on a claim of proximity to the Duke and Duchess of Sussex to secure spots on TV specials and documentaries and use opinion rather than facts in their commentary. This commentary is delivered using words like “it is believed”, “it was reported, it is thought- nothing emphatic for someone touting close proximity- and is often not challenged so it not only lives on in YouTube videos but is then quoted by others.

Duchess Meghan Has Worn Many Items From Her Own Closet