Nicholl who has built her career as a royal reporter. When the former Meghan Markle joined the royal family those not familiar with her work only became acquainted with her work based on gossip.  On social media new royal watchers have identified her as a fiction writer due to her work failing basic fact check parameters. 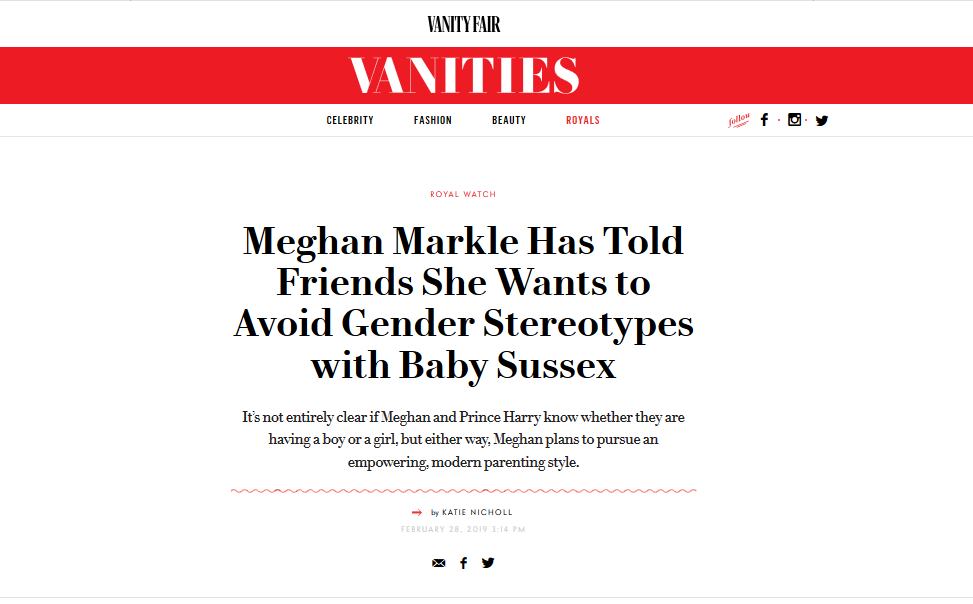 Social media has asserted that Nicholls manufactures lies and was caught red handed the last week February 2019. She ran a story on Vanity Fair based on the falsehood that had been perpetuated by Piers Morgan. Piers write a piece in the tabloid stating that the Duke and Duchess of Sussex wanted to raise a gender fluid baby. Piers who met the Duchess of Sussex once now professes to be the oracle of Sussex. The gender fluid story was payback for not being invited to the to the Sussex wedding. The gender fluid story was one of his many fake prophecies. 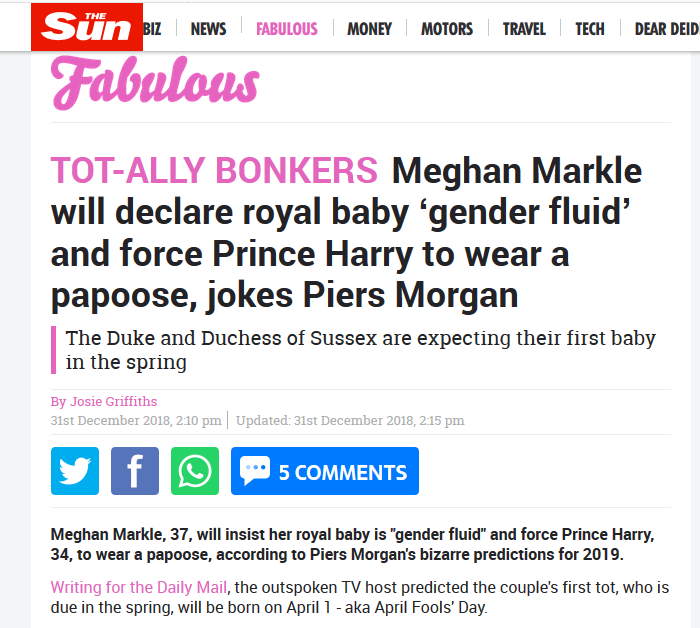 There were no sources just Nicholls and Piers unleashing their weapons of hatred toward an unborn child given their hatred for Duchess Meghan. Blinded by hate Nicholl went on to publish Piers manufactured lies . She  has been exposed by the global press as a liar and untrustworthy much to the global embarrassment of Vanity Fair. Nicholls should take responsibility and apologize and challenge Piers the source of her fake news story.

Other outlets caught with egg on their face and proven to be no better than gutter tabloids were Ben Shapiro and Cosmopolitan. In a quest to cash on in this click bait era they were exposed much to their embarrassment. 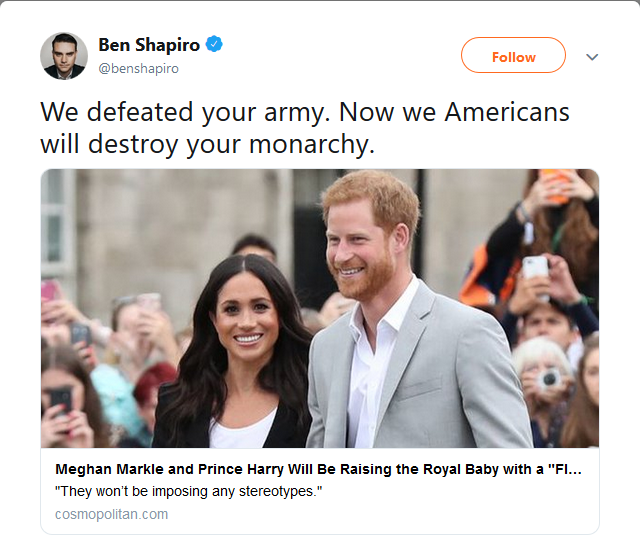 The outlets that spread these lies proved that they do not engage in journalism but emotional tabloid tactics. It is outlets like these posting inaccurate articles like this that has led to the cyberbullying that is being directed at the Duchess of Sussex. 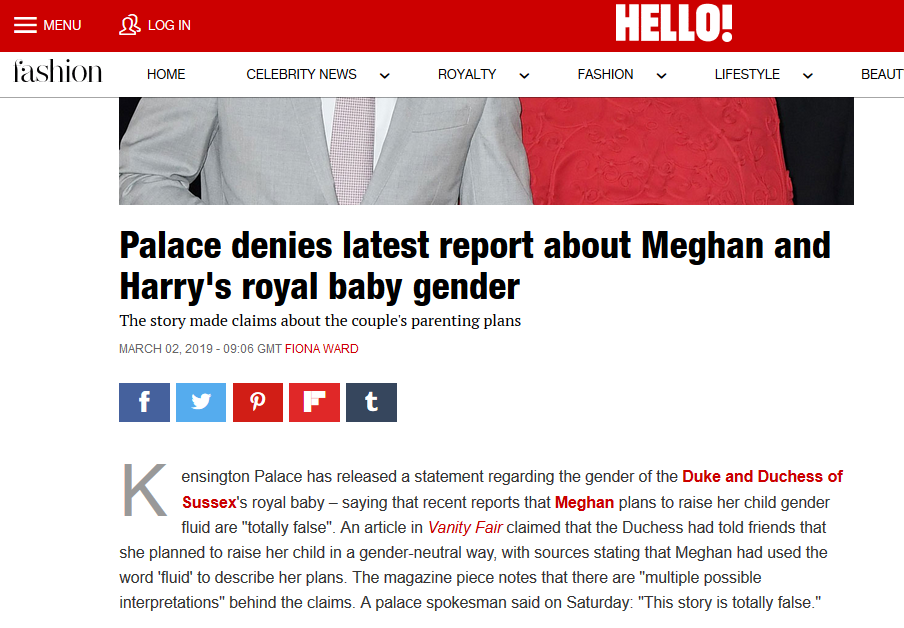 The Duchess of Sussex Attends One Young World Opening Ceremony