Where do I begin? The British media are so prone to using The Duke of Sussex as their punching bag while they neglect his accomplishments that, it is worthwhile to remind us all about them. Prince Harry served proudly in the Army for ten years, rising to the rank of Captain and undertaking two tours of duty in Afghanistan. He continues to support his fellow service personnel and their families, with a focus on promoting support for wounded men and women as they adapt to life post-injury. 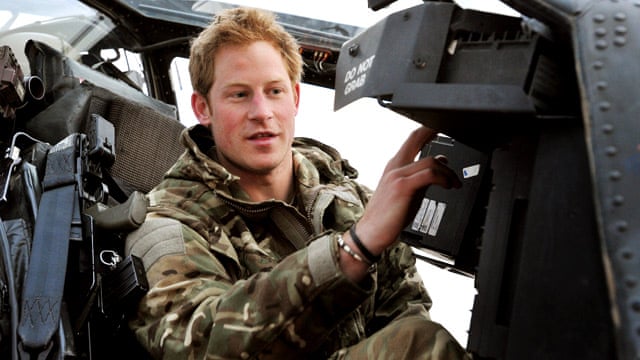 Below is a list of his accomplishments and we will delve deeper into each one in turn.

Sentebale is a charity founded by The Duke of Sussex and Prince Seeiso in 2006 following Prince Harry’s gap year to Lesotho in 2004. They are chartered to help the most vulnerable children in Lesotho, Botswana and Malawi get the support they need to lead healthy and productive lives. Sentebale works with local grassroots organisations to help these children, who are victims of extreme poverty and the HIV/AIDS epidemic. The mission of Sentebale is to “become the leading organisation in the provision of psychosocial support for children living with HIV in Southern Africa.” The charity’s primary fund raising event is the Sentebale Polo Cup, established eight years ago in 2011 and working with a close friend, the world renowned polo player, Nacho Figueras. The charity is looking to expand its reach within Southern Africa. 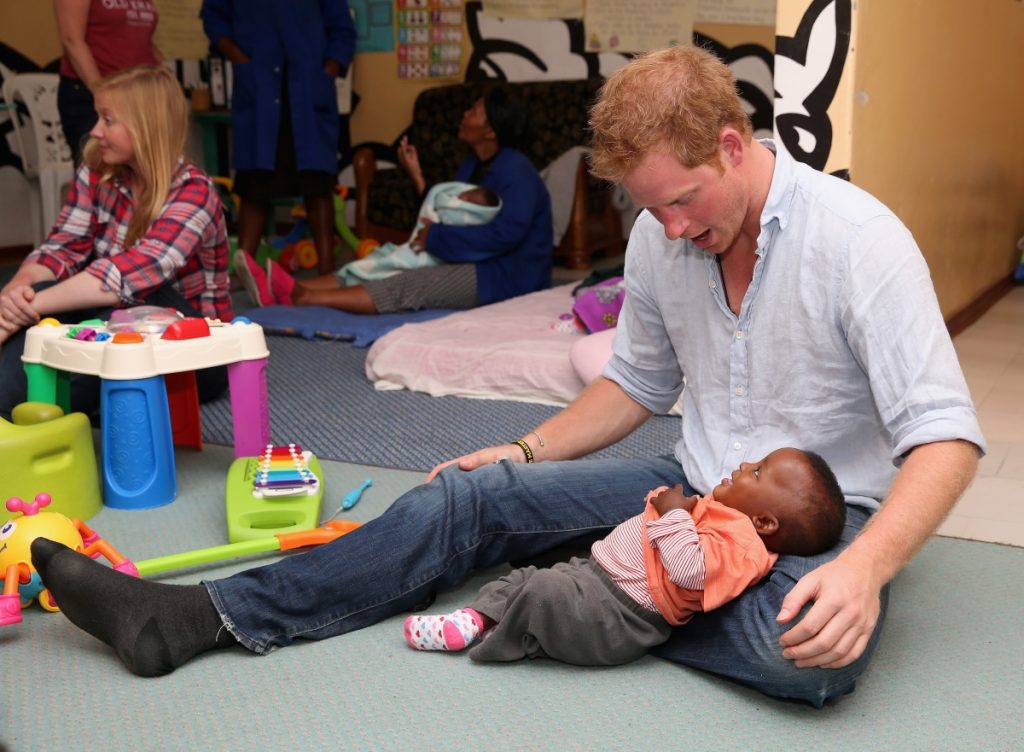 According to its website, “Led by HRH The Duke of Sussex, Travalyst is a bold new global initiative founded by Booking.com, Ctrip, Skyscanner, TripAdvisor and Visa, with the ambition to change the impact of travel, for good.” After 2 years of work with partners The Duke of Sussex launched the initiative on September 3, 2019. Travalyst is travel reimagined as sustainable. Visit #SussexRoyal Instagram page or travalyst.org for some staggering statistics on travel in the future and the possible impact on the environment, and why the time is now to launch Travalyst. The aim is to improve the practices of the global industry amid these impending changes in travel patterns. By any measure, this is a massive travel sustainability initiative in partnership with key travel providers. The mission for Travalyst is “to be the driving force that paves a new way to travel, helping everyone explore our world in a way that protects both people and places, and secures a positive future for destinations and local communities for generations to come.” What makes Travalyst potent is the fact that large travel businesses are involved. Visa has 3.3 billion customers worldwide. CTrip is the biggest tour operator in China, one of the world’s fastest growing markets for outbound tourism. 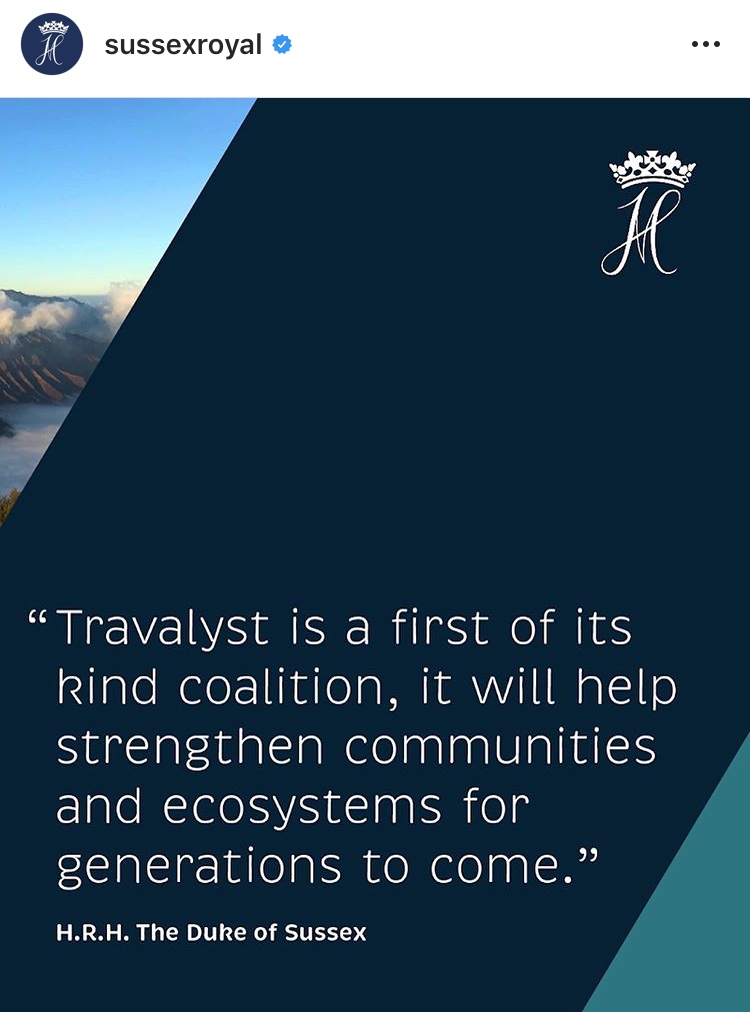 The Invictus Games was created in 2014 by Prince Harry, The Duke of Sussex. According its website, “the Invictus Games uses the power of sport to inspire recovery, support rehabilitation and generate a wider understanding and respect for wounded, injured and sick servicemen and women.” It is an international adaptive multi-sports event in which wounded, injured or sick armed services personnel and their associated veterans take part in nine sports. Named after Invictus, Latin for “unconquered” or “undefeated”, the event was inspired by the Warrior Games, a similar event held in the United States. Invictus Games Foundation was established following the success of the Invictus Games 2014. The Duke of Sussex and “the organising committee of the London Games always hoped that they would be the beginning of the ‘Invictus’ story and that other cities and countries around the world would take up the challenge.” With a blueprint in place from the inaugural games in 2014, the fifth games will be held in The Hague, The Netherlands in May 2020. Duchess Meghan attended as Prince Harry’s girlfriend in 2017 at the Toronto Games and as his wife in 2018 at the Sydney Games. The next games after the 2020 games will be in 2022 and the Invictus Games Foundation is in the process of determining the venue. 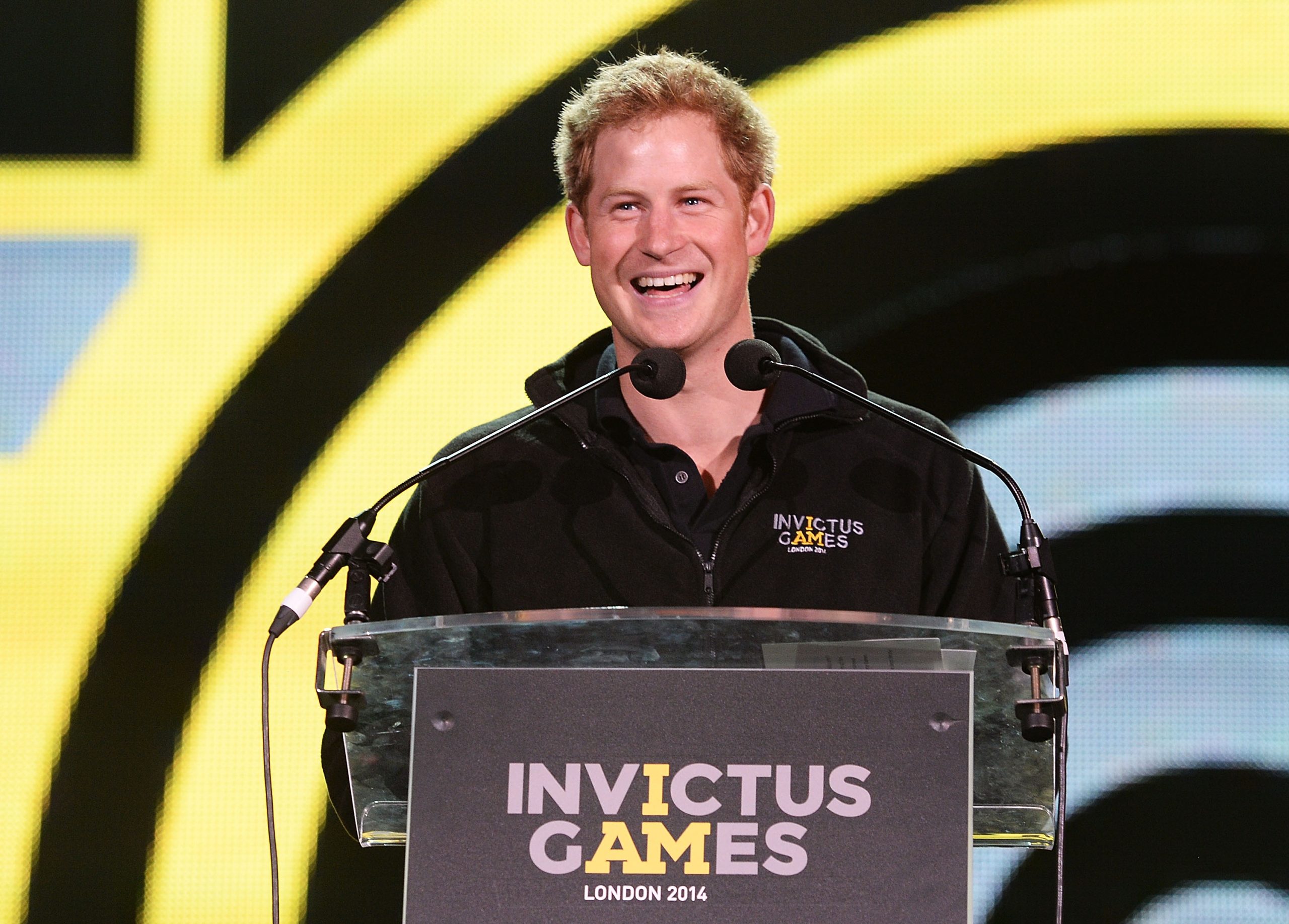 Photo by Chris Jackson/Getty Images for the Invictus Games Foundation

The Endeavour Fund and Awards

The charity website says “Since its launch in 2012, the Endeavour Fund has supported 86 different projects that have helped more than 5,000 wounded, injured and sick service men and women.” Every year awards are given out to three of nine contenders. Given Prince Harry’s active service in the military, you can see how it was important to him to establish this fund. Here’s what he had to say, as shared on the charity’s website: “My comrades-in-arms across the Armed Forces are fighters by definition, fighters by nature. The Endeavour Fund aims to reignite that fighting spirit, and inspire those who have served their country to go on and achieve great things.”
The Endeavour Fund seeks to work with individuals and organisations to support opportunities for those that have been injured in service to be part of a team again and take part in epic endeavours.
Their aim is to “inspire many more wounded, injured and sick service men and women to explore new physical challenges as part of their recovery; rebuilding their confidence and rediscovering self-belief.”

Prince Harry is the charity’s biggest booster, and he has spoken at and given awards at every awards ceremony since its inception in 2012. Duchess Meghan joined The Duke of Sussex at the 2017 awards ceremony after their engagement and again in 2018 as his wife. 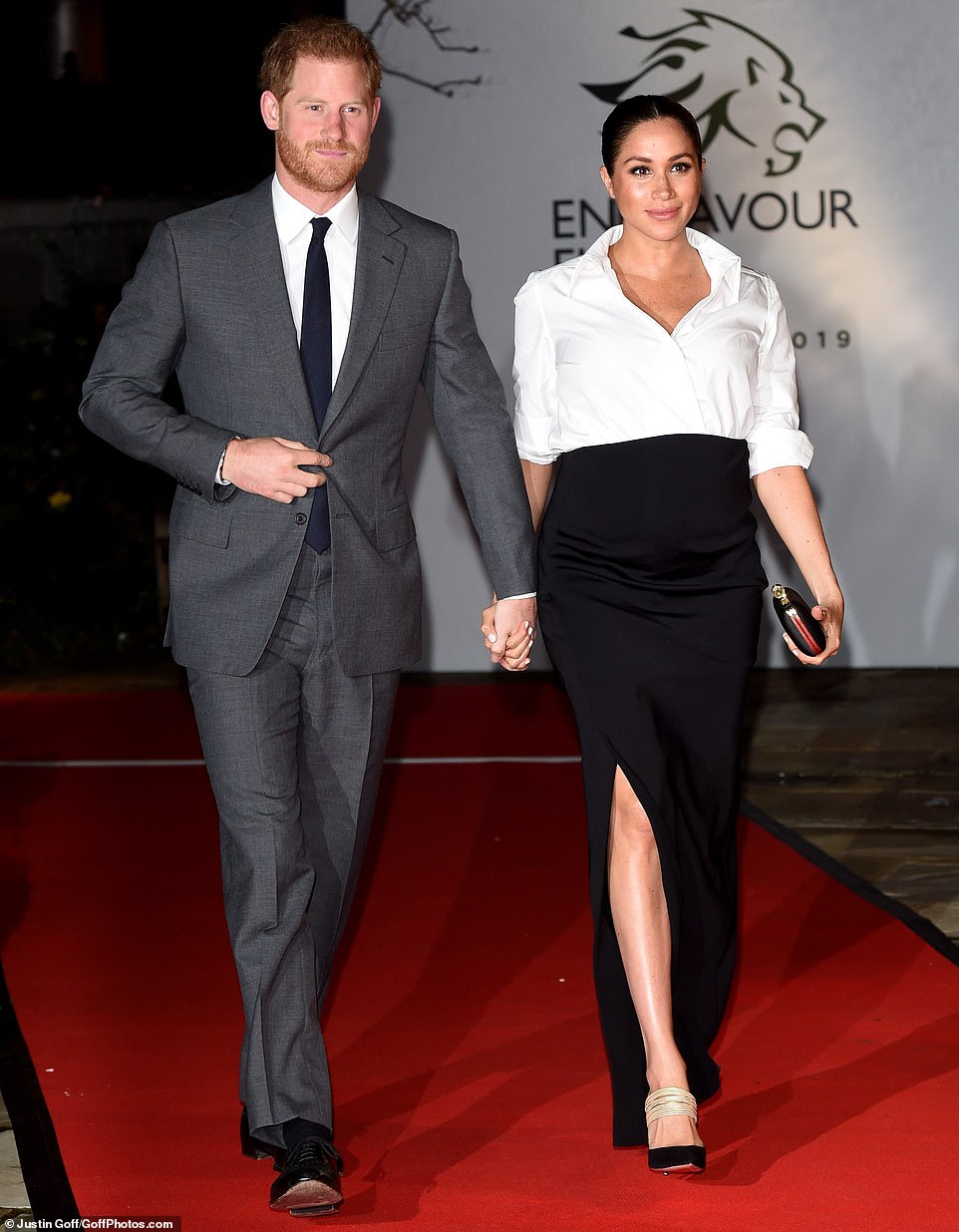 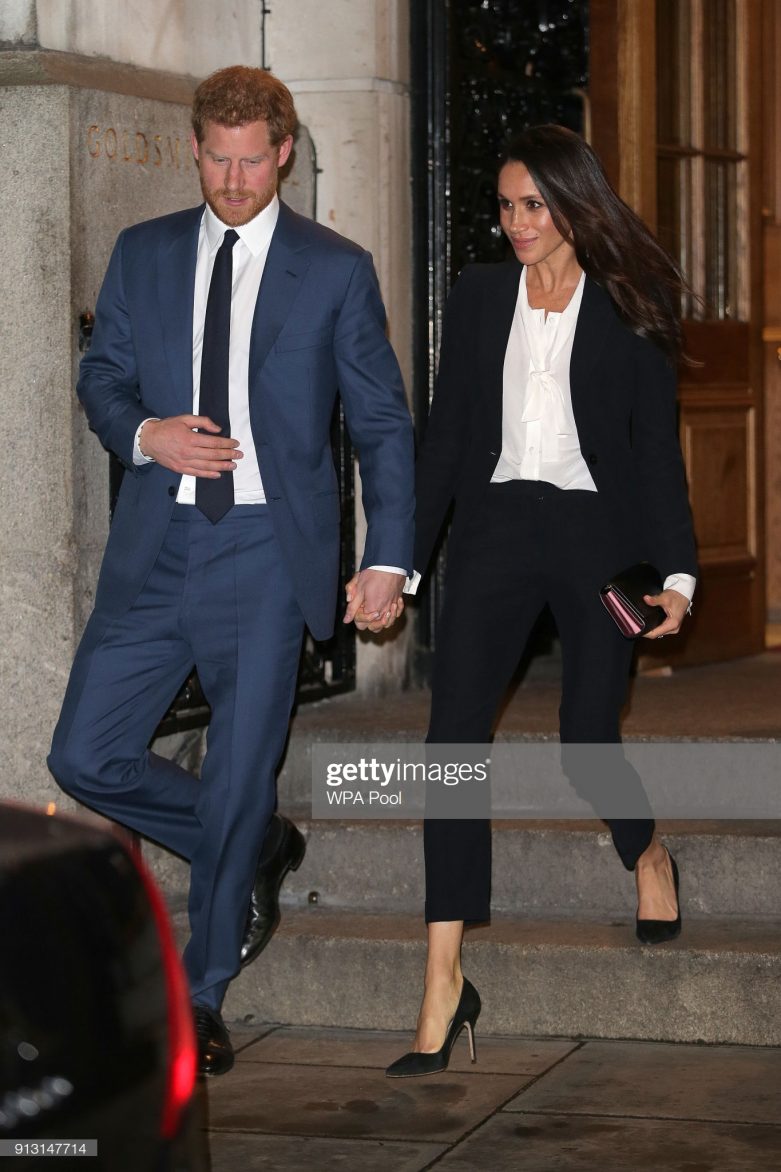 The Duke and Duchess of Cambridge and Prince Harry got together with eight Charity Partners and three Founding Partners – Virgin Money, Dixon’s Carphone and Unilever – to launch the Heads Together campaign in 2016. Spearheaded by The Royal Foundation, Heads Together is a mental health initiative, which combines a campaign to tackle stigma and change the conversation on mental health with fundraising for a series of innovative new mental health services. This is an area that will see The Duke and Duchess of Cambridge, and The Duke and Duchess of Sussex continue to forge a joint effort, in spite of the household and foundation split. Through the campaign, Their Royal Highnesses will continue to build on the work that is already taking place across the country, to ensure that people feel comfortable with their everyday mental well-being, feel able to support their friends and families through difficult times, and that stigma no longer prevents people getting the help they need. In May, Their Royal Highnesses launched Shout UK, an instant access text messaging service for people in immediate need, to support anyone in crisis throughout the UK. The volunteer team have taken over 100,000 text conversations and exchanged four million text messages of support. 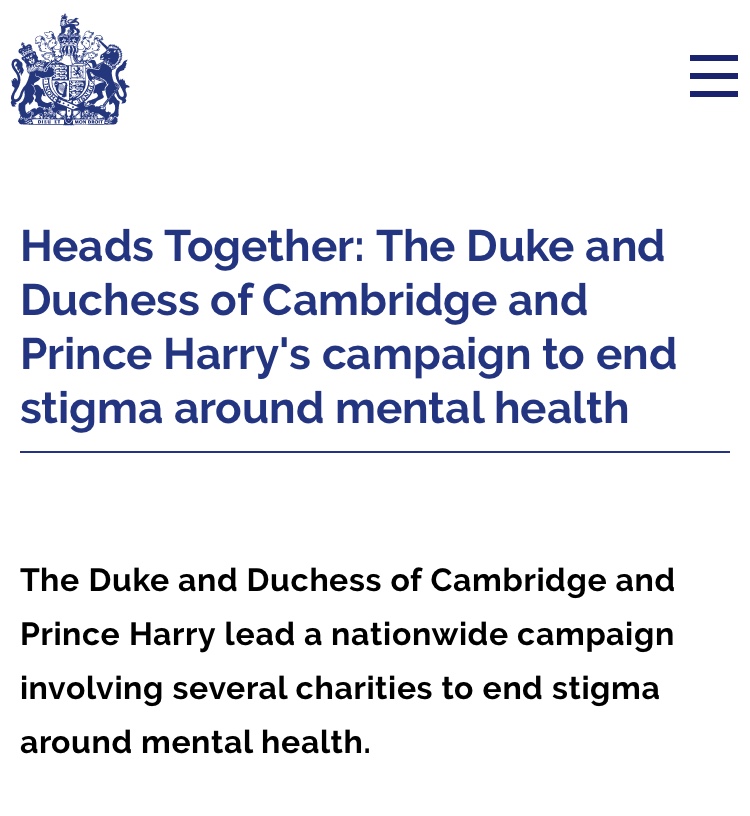 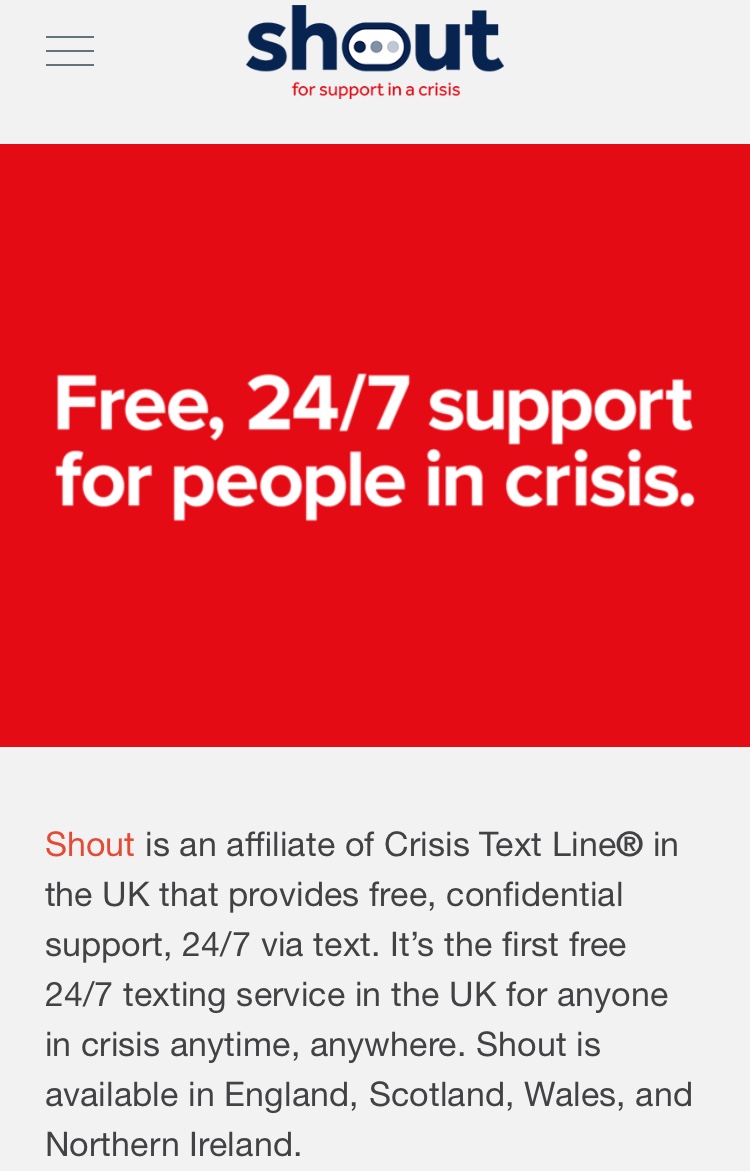 Partnership with Ministry of Defence (MOD)

In October 2017, Prince Harry launched a partnership with the Ministry of Defence to improve the mental health of current and former Armed Forces personnel with a focus on the message that mental fitness is as important as physical fitness. 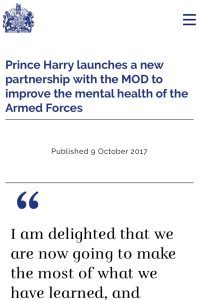 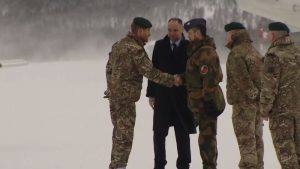 Since 1991, The Duke of Sussex has undertaken 39 tours/visits – two of which he completed as a child with his parents – on behalf of the monarchy, and since his marriage four tours/visits – Ireland, Oceania, Morocco and Southern Africa – with his wife, Duchess Meghan. The tours have had meaningful impact both in the short and long term, as evidenced by the newly signed political bilateral agreement between Morocco and UK.
Prince Harry has 20 patronages apart from the royal foundation. The more well-known patronages which I have not covered separately are his role as President of African Parks, Commonwealth Youth Ambassador and Captain General of the Royal Marines. He works diligently to help all the organisations, well-known and less so, raise money to accomplish their mission. He’s a man who passionately and readily inspires others because of his commitment to his causes. His approach to his patronages was best described by his wife, Duchess Meghan in his birthday post on Instagram. “Your service to causes you care so deeply for inspires me every day.” 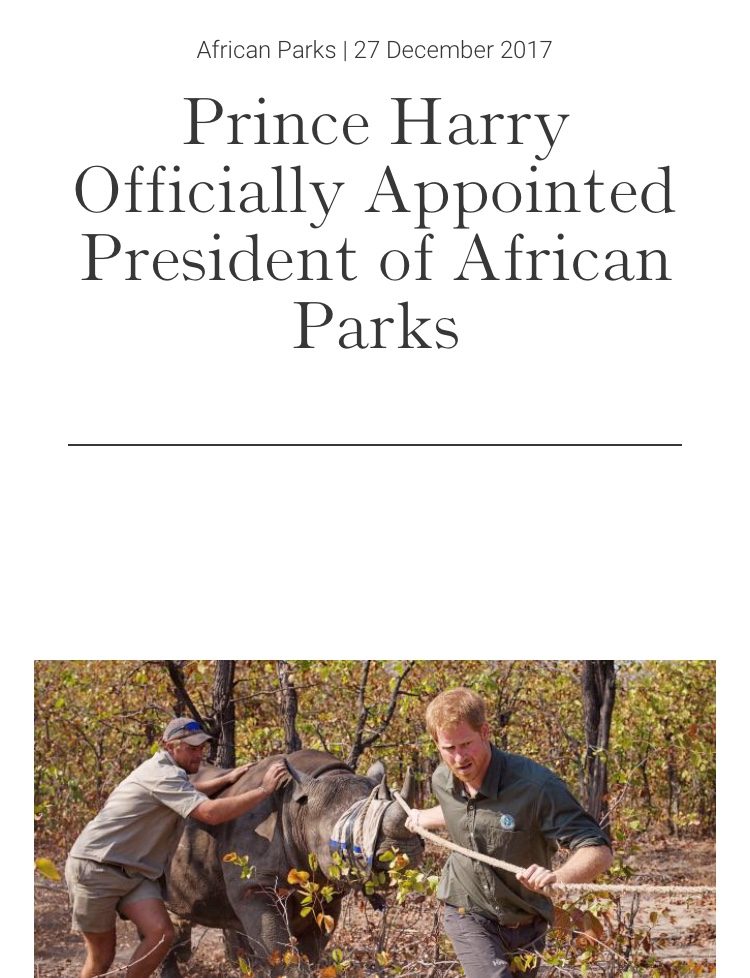 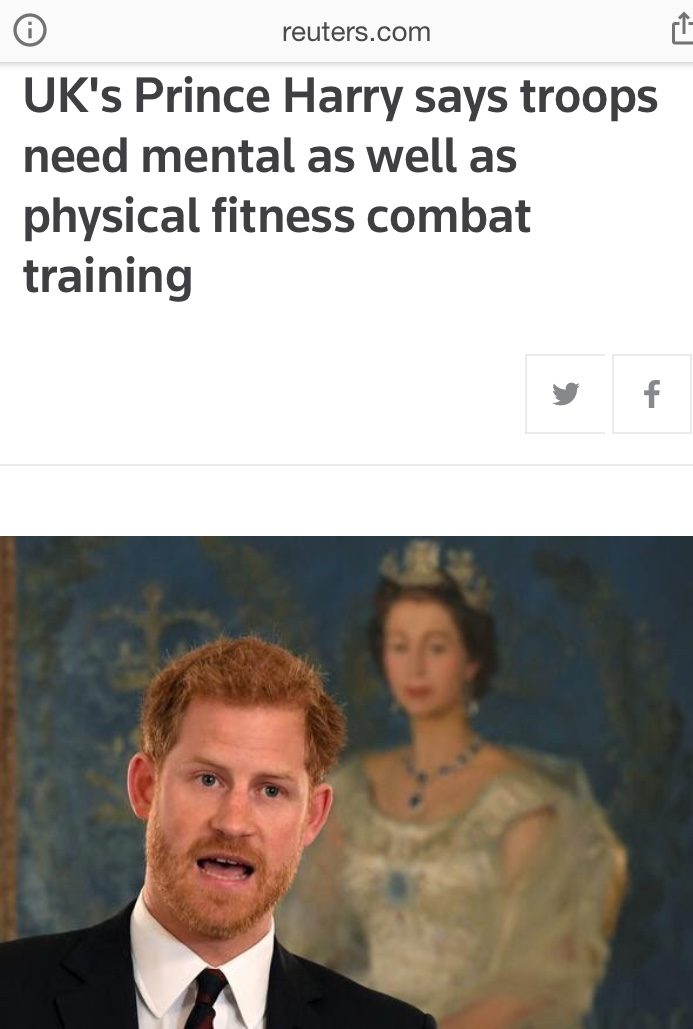 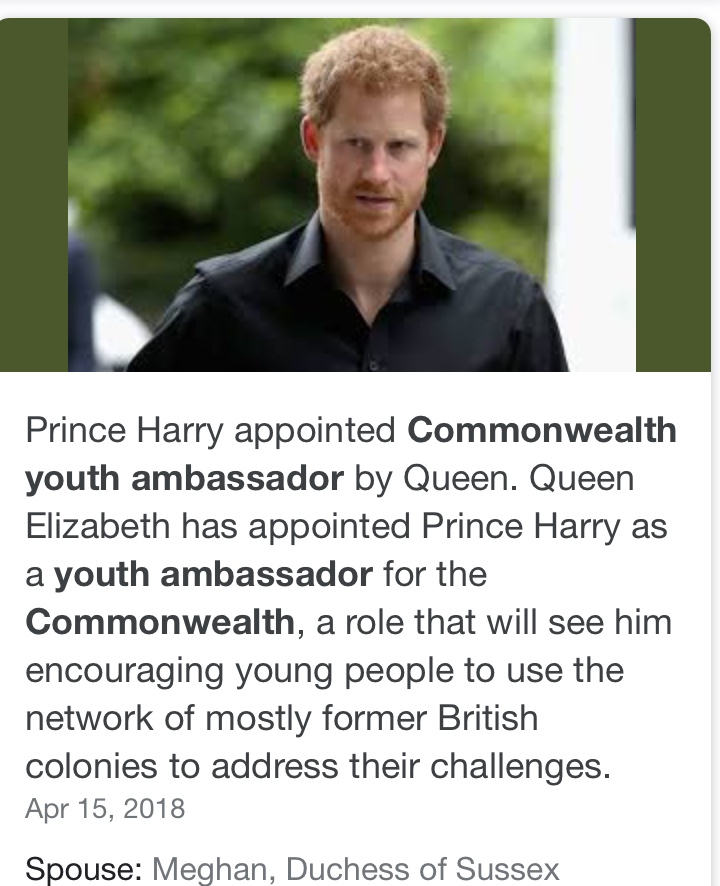 The Duke of Sussex serves as president of The Queen’s Commonwealth Trust, an organization that supports young leaders around the Commonwealth. According to its website, “The QCT champions, funds and connects young leaders who are working hard to change the world. It shares their stories, gives them a platform to amplify their ideas and inspires others to join in.” One of the more well-known organizations that the QCT supports is CAMFED, who Prince Harry had engagements with on the Malawi leg of their Southern Africa tour, and last year on his solo tour to Zambia. Very recently, the QCT announced a gender equity initiative in partnership with One Young World 2019. 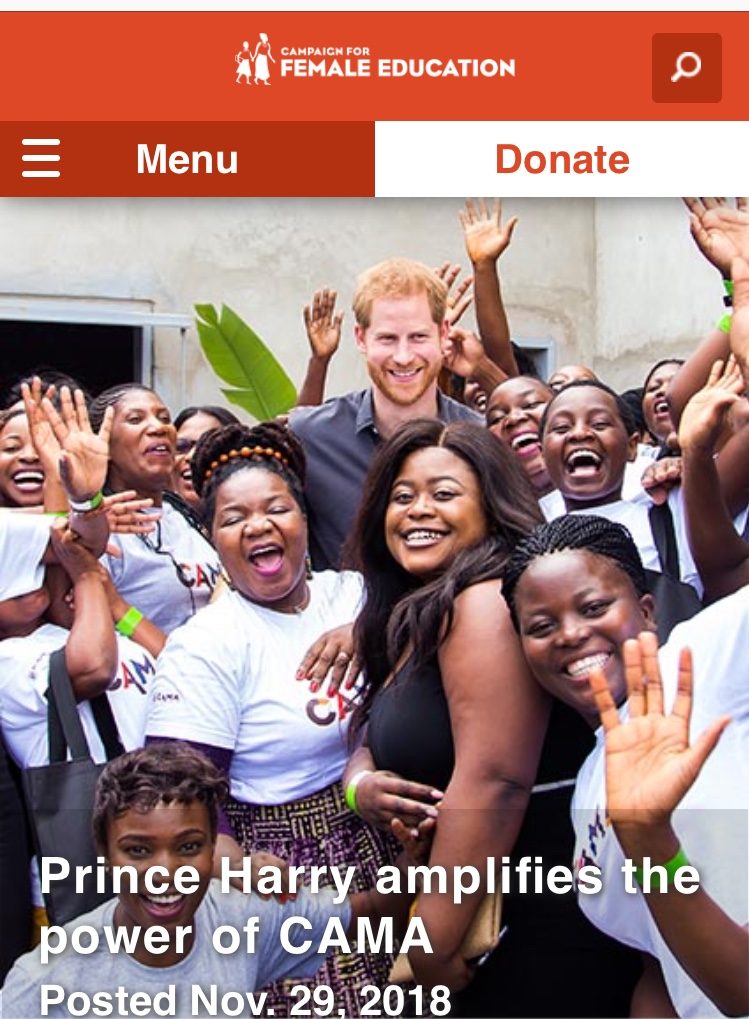 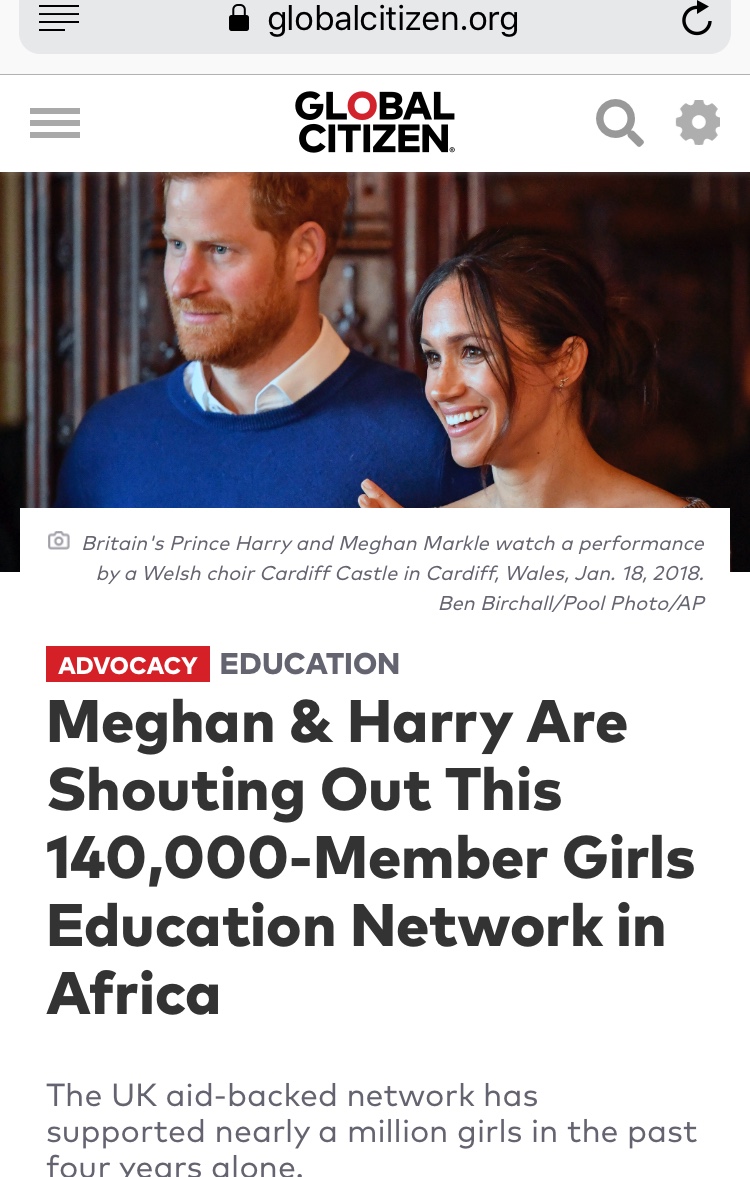 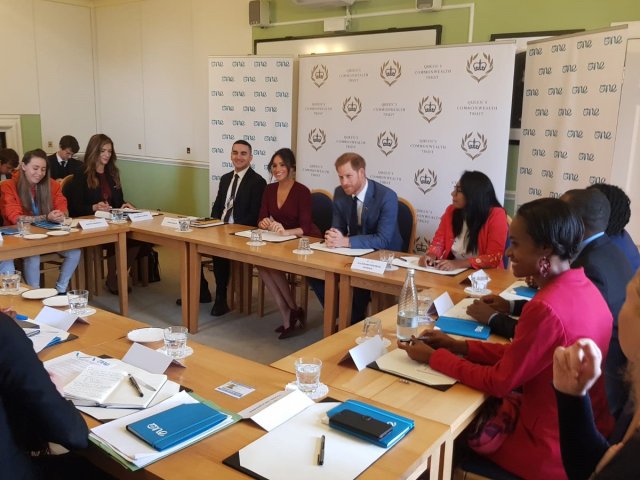 Some like to mock and belittle The Duke of Sussex yet can only dream of doing half the things he’s accomplished by age 35. Granted, he was born into privilege but he has not used it as a shield behind which to hide. Instead he has used it as fuel for the benefit of and in service to others. He flew Apache helicopters in Afghanistan while proudly serving his country. Compared to his contemporaries, by age and royal familial lineage, he is arguably the most accomplished – he certainly has the most recognizable and enduring legacy. Prince Harry has repeatedly said that for as long as he lives, he will work to earn the privilege that he has. Obviously, those weren’t empty words as evidenced by his body of work up till now, and even as it continues to grow.
Simply put, Prince Harry is an inspiring, accomplished family man, protective of his wife and their son. He’s a fearless and natural born leader and he’s driven to succeed. He’s demonstrated repeatedly, that he can take a vision, and nurture it through the phases of creation and growth and turn it to a thriving organisation. He is battle tested as they say, and his involvement in any endeavour is a good bet for a solid return on investment.

Some of us have been traumatised and watched with horror and disbelief as the British media; print, digital and broadcast, racially abuse, vilify, demean, belittle and mock The Duchess of Sussex on a global stage as they have done to her husband, Prince Harry over the years. As a couple, their appeal is proving too much of a bitter pill for some in their family. Some of us are choosing to be voluble and visible in our support of Prince Harry and Duchess Meghan, unlike the British royal family, whose silence has been deafening and calculating. In the midst of the noise and outright hatred directed at Prince Harry and is wife Meghan, we are choosing to stand in solidarity with them. Their work speaks to who they really are and what they are about. In my opinion, not enough is said about that. At the end of the day, what really counts is the lives that are changed or impacted for good; THAT IS THE REAL NEWS. 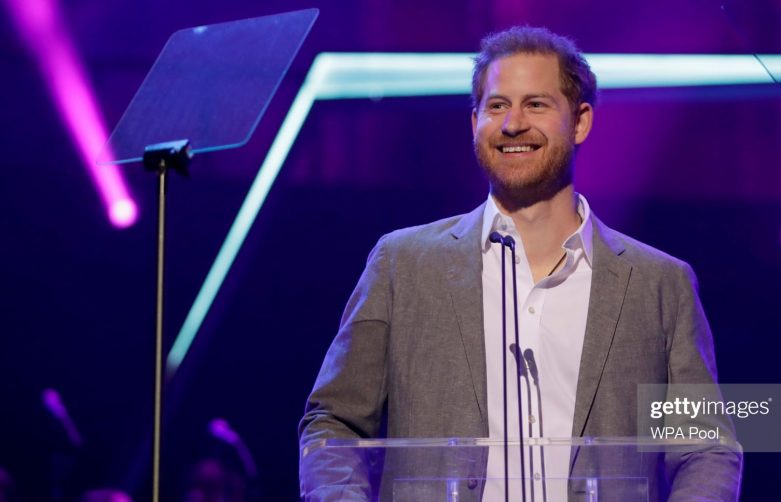 13 comments on “About Prince Harry: His Accomplishments”

The Duchess of Sussex’s private breakfast with South African activists