The BBC broadcasted the Investiture of the 21st Prince of Wales to viewers within the UK, and throughout the world; including the countries of Argentina, Australia, Canada, Europe (9 countries), Japan, United States, & New Zealand. (BBC Broadcast, Prince Charles Investiture, July 1st 1969)

*The 1st Earl of Snowdon was the designer of the ceremony & the Constable of the Castle (so he was already at Caernarfon Castle). 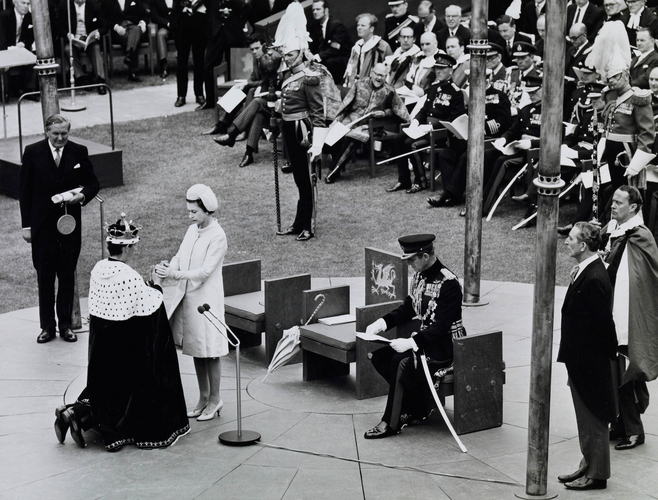 Prince Charles of Wales (b.1948) kneels in front of HM Queen Elizabeth II (b.1926) his hands between hers, during the Investiture Ceremony at Caernarfon Castle, North Wales. Source: Royal Collection Trust

*Prince Charles was dressed in the uniform of the Colonel and Chief of the Royal Welch Regiment.

*The Household Calvary also provided a Sovereign’s escort for the Queen’s Procession.

The Investiture of the Prince of Wales Part 1

I’ve had a front row seat in your life for the past few years. I’ve watched you endure things that would have broken a lot of people. I'm so incredibly proud to see how happy you, your husband, and your kids are now. It fills me with joy to say Happy Birthday Princess Meghan.

Women’s participation in politics and leadership