Meghan, The Duchess of Sussex celebrated the one year anniversary (September 12th) of the Smart Works Smart Set capsule collection launch by speaking with some of the charity’s clients Karla, Charlene and Agnieszka. The three women shared details of how Smart Works charity helped transform their lives.

As patron of Smart Works, which helps women get back into the workforce through mentoring, professional interview and wardrobe coaching, Meghan designed a work wear capsule collection in collaboration with four partners. The collection included a white shirt by designer Misha Nonoo, blazer and trousers by JigSaw, a dress by Marks & Spencer, and a perfect tote, courtesy of John Lewis & Partners.

The items were on sale for two weeks with a 1:1 charity model. For every piece purchased, another was donated to SmartWorks.

In a video chat posted by Smart Works on September 12, The Duchess of Sussex joined three women who have been helped by the charity to secure new jobs. Speaking with the charity clients, The Duchess said,

“People can say that so much of Smar tWorks is about the clothes themselves but it’s really not. All of that stuff is the exterior but it’s what it does for you on the inside that ends up being the best accessory.” – Confidence!

“It’s the confidence, it’s what is built within, that is the piece that you walk out of that room with and walk into the interview with.”

Meghan, also emphasized why it’s important for women to remember their value and uplift each other. She said,

“As women, so often, it’s easy to forget all of your skills and your assets, not that they’re not there, but you need someone sometimes to point them out for you, and you go, oh, that’s right.”

“I think that’s critical because what I find is that the women who volunteer at SmartWorks, especially with that program, or the mentorship, and with the interview training, is that they’re not pointing out something that doesn’t exist. They’re seeing it in you for the first time.”

In a press release, the charity said,

“The team at Smart Works would like to take this opportunity to thank The Duchess of Sussex for her continued support of our charity, the retail partners who came together to help create the original collection and the wonderful supporters who purchased pieces and helped fill our wardrobes.”

Marks and Spencer, and John Lewis and Partners took to social media to congratulate Smart Works on the success of the collection and to mark the important role the charity plays in helping women re-join the workforce.

For more information about Smart Works and the Smart Set capsule collection, and to see how you can help visit Smart Works’ webpage.

That Extra Tidbit:
Prince Harry’s and Meghan’s supporters were thrilled to get a glimpse of the decor in their new home in Santa Barbara. During her video chat Meghan sat in front of a stone fireplace on whose mantle sat a vintage print of a bear holding the state of California. 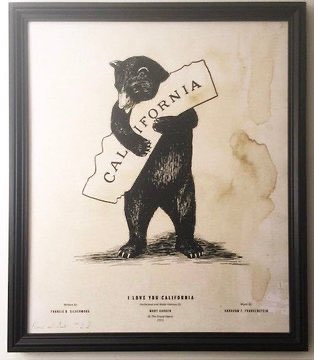 The artwork which obviously celebrates Meghan’s birth state is taken from the cover of the sheet music for “I Love You, California,” the regional anthem of the state.

#SussexSquad This account has been exposed as a fraud and is in no way associated with @meghanpedia
People who contribute or support Meghanpedia would never apologize to Meghan hater Murky, never! We hope she removes the platform from her burner account bio soon.

Sane people can see how ridiculous this manufactured controversy over a baby’s name is. For all the noise & commotion the palace & their British media propaganda apparatus generate, when asked to for comment, they run and hide. How cowardly.-I

The British Ambassador to Morocco

SMOKE AND MIRRORS 1: Royalists, The Royals They Support And The People Who Cover Them