A picture is clearly worth a thousand words. Here are people taking pictures of the Duchess of Sussex as she leaves Wimbledon. No one is stopping them or asking them not to. 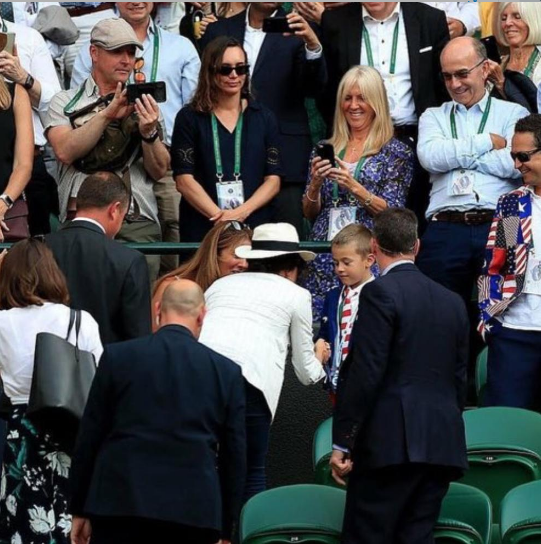 “Sally Jones, 64, a media consultant who was seated in the same row, had been taking pictures of Williams and had not even noticed the Duchess when she received a tap on the shoulder. She turned around to see a royal protection officer who said: “Would you not take photographs of the Duchess. She’s here in a private capacity.”

Pictures from Wimbledon show that there was no one sitting on the row that the Duchess and her university friends sat on. So why did Jones make up the story and why didn’t the journalists verify? Photographs from the event are very clear Jones is not telling the truth. Why would journalists risk their livelihoods to print a story that is factually incorrect? 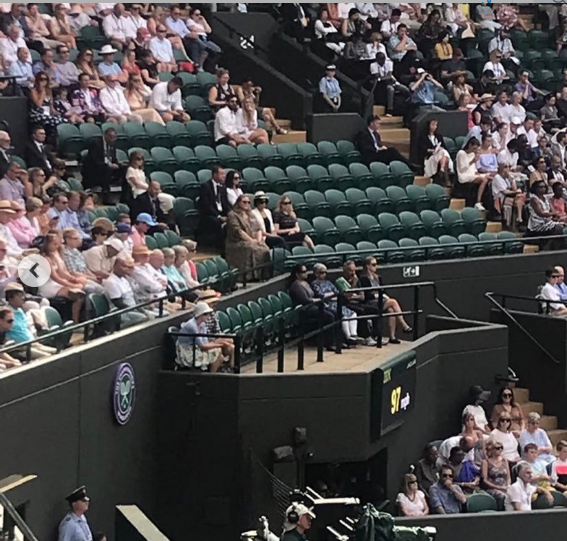 Pictures from Wimbledon show only Duchess and her 2 friends on row. Credit Rightful owner

Sally Jones then changed her story when she spoke to the Daily Mail now claiming:

I was some 15 seats to her left and a couple of rows behind. Moments beforehand I had spotted her there, giggling away with two girlfriends and quite untroubled by autograph hunters, stalkers or even by me – a dangerous Middle England tennis enthusiast and monarchist armed with a small camera.

This is their star witness who changes her story depending on what publication she is talking to, this is British free press at its finest. 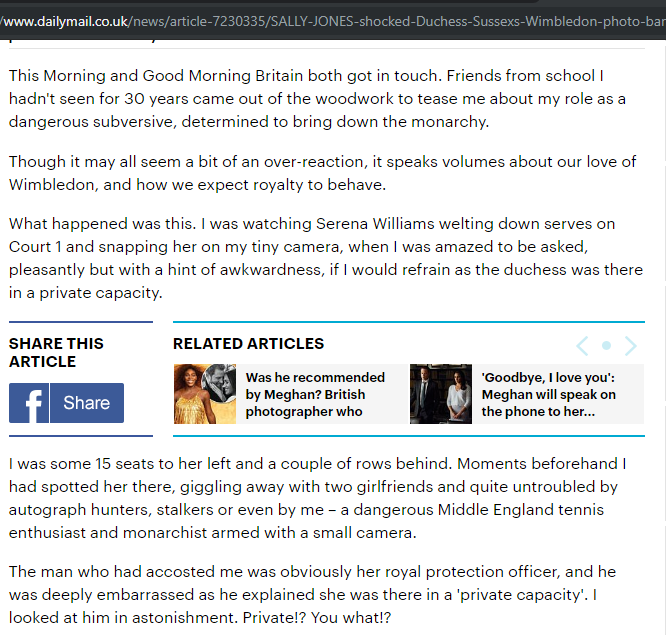 Journalists are expected to verify facts before they print stories in their publication. If journalists cannot provide reliable facts then anyone with a camera is a journalist. This is the reason that newspapers are going out of business. Journalists are obligated to tell the truth. If they reduce themselves to the level of tabloids then who will need newspapers? 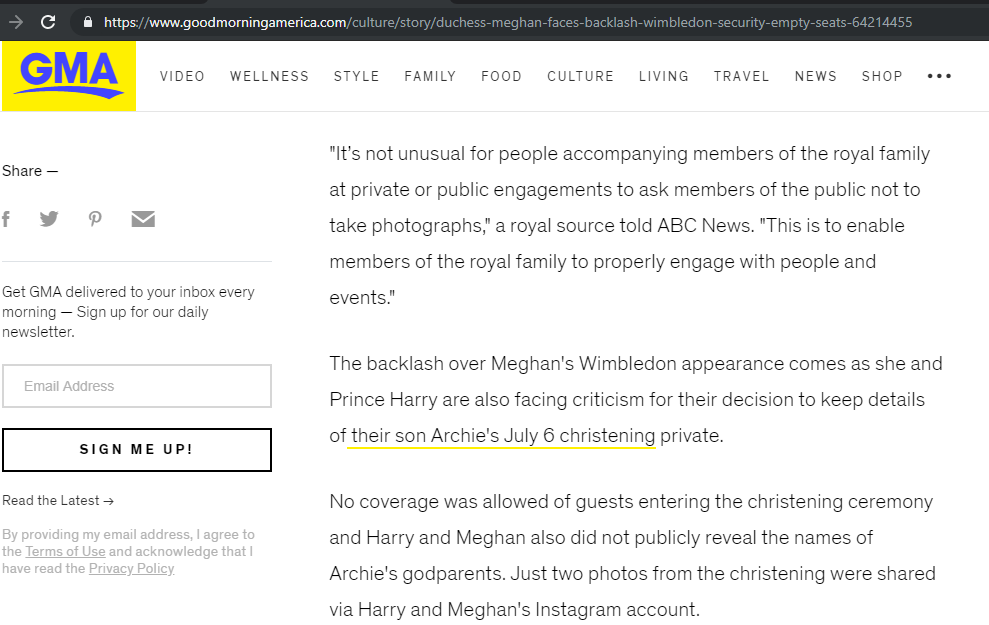 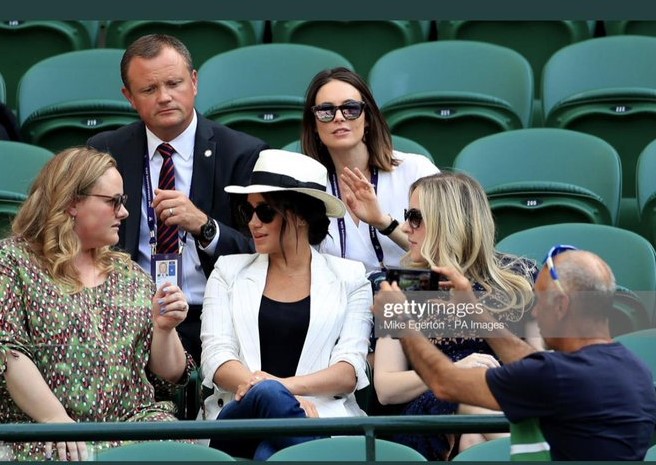 The British press is fabricating stories simply because they were not able to get pictures of the global superstar Archie Harrison. Archie Harrison is  the son of the Duchess of Sussex whose social media posts  garner more than 2.5MM likes every time. There is huge global interest in him and his parents have copyrighted his photographs which has angered British tabloids because they cannot exploit him for financial gain. So in the typical passive aggressive British media culture they throw away the discipline of journalistic verification.

This week in royal madness: Footprints of giants, henchmen and carbon emissions

The War at Home