The ones who take the pictures.

It has been reported that Niraj Tana was issued a warning by Prince William and Kate Middleton, who claimed he was one of two photographers stalking Prince George. According to this report from the BBC, the statement from the palace said there was “reason to suspect that the individual may have been placing Prince George under surveillance and monitoring his daily routines for a period of time.” Now I don’t know if this is entirely true but he has not done much Royal photography in recent times.

If you scroll through his twitter account you will find that he tends to comment on and tweet any criticism of the Duchess of Sussex (and her husband) but will never comment on any of their work. This is important because the press constantly argue that in the symbiotic relationship between the Royal family and the press, the role of the press is to highlight the public work and causes that the Royals undertake. And maybe that is not his area of interest and to each his own, but his eagerness to weigh in only on the perceived negatives and none of the impactful work the ducal couple do, helps to perpetuate the narrative that the Sussexes are suffering from poor advice and they should hire a new team.

Between the PR comments raised by Piers, Jeremy, Eamonn and now Niraj Tana, there can be no doubt that there is a pattern at work. They not only have the same pain points but they also have the same talking points. So it should come as no surprise that in the lead up to the Southern African tour the entire British press, was trying to push the erroneous narrative that Meghan to rebuild her tarnished image and that the tour was an opportunity for them to do so. 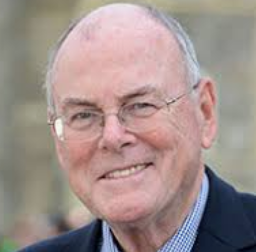 He is perhaps one of the oldest in the game and for over 40 years has travelled with the Royal Family covering 200 tours across 120 countries. He has covered 7 Royal Weddings, 4 funerals and 7 Royal births. In 1980 he took the first press pictures of a teenage Diana Spencer after a tip-off that Charles was dating her and then proceeded to follow her life for 17 years. He also works for the Sun newspaper.

Arthur represents the way things have always been done in the Royal Family and although his focus is photography, he has provided insight into the way things work within royal reporting. Like many others when I noted the relentless reporting around the Duchess of Sussex, I could see that it was intentional because the reporters and photographers wanted access. It was only a thought, until Arthur made it known via an article in the Sun that run on 14 February 2019 – Meghan Markle, lighten up. You’re not the new Princess Diana and it’s time you and Prince Harry ended this phoney media war

As you can see from the above caption, when Prince Harry says that Meghan Markle is being targeted by a certain section from the British press because they refuse to “play the game”, you need to look no further than that article for proof. And when they do not get what they want, they resort to threats and blackmail.