The Chelsea Flower Show started with the monarch Queen Elizabeth II wearing the costume that she wore to Duke and Duchess of Sussex’s wedding in 2018. This was a nod to Prince Harry and Duchess Meghan. The Queen is said to use fashion diplomacy and the dress was her way of showing support to the parents of Archie Harrison. 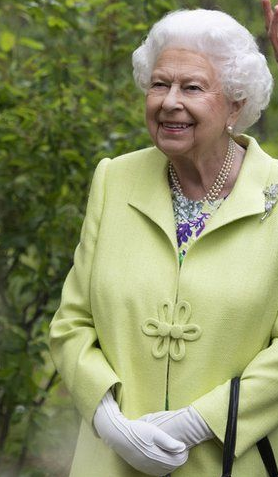 Secondly the debut of the flower known as named ‘Chrysanthemum Archie Harrison’ in Master Archie’s honor to commemorate his birth. All members of the royal family get a variation of the flower named after them.

The florist started to curate the flower following the announcement of his pending arrival during Royal Tour 2018. It is a variety based on the Chrysanthemums flower that was selected by the Queen and Prince Phillip at their wedding in 1947.

“We have been keeping our cultivar closely under wraps since the Duchess of Sussex announced her pregnancy last October. We are delighted to mark this momentous occasion and share our congratulations with the new parents their Royal Highnesses the Duke and Duchess of Sussex with our new Chrysanthemum ‘Archie Harrison’. We look forward to seeing Chrysanthemum ‘Archie Harrison’ grow and prosper alongside its namesake.”

There was also a flower to honor Duchess of Sussex, the former Meghan Markle since she joined the Royal family last year. The flower is known as Clematis Meghan It is a vibrant color reflecting her bountiful energy. 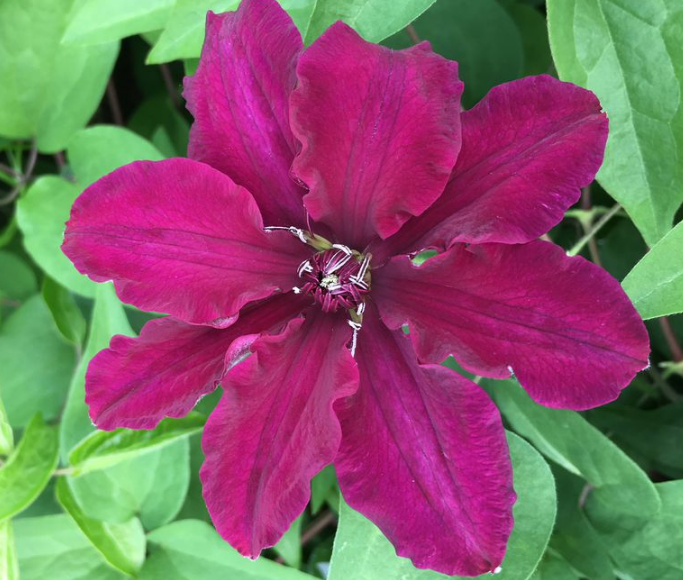 The icing on the cake was CAMFED the charity that is supported by Duke and Duchess of Sussex won Gold. They also won the People’s Choice Award. 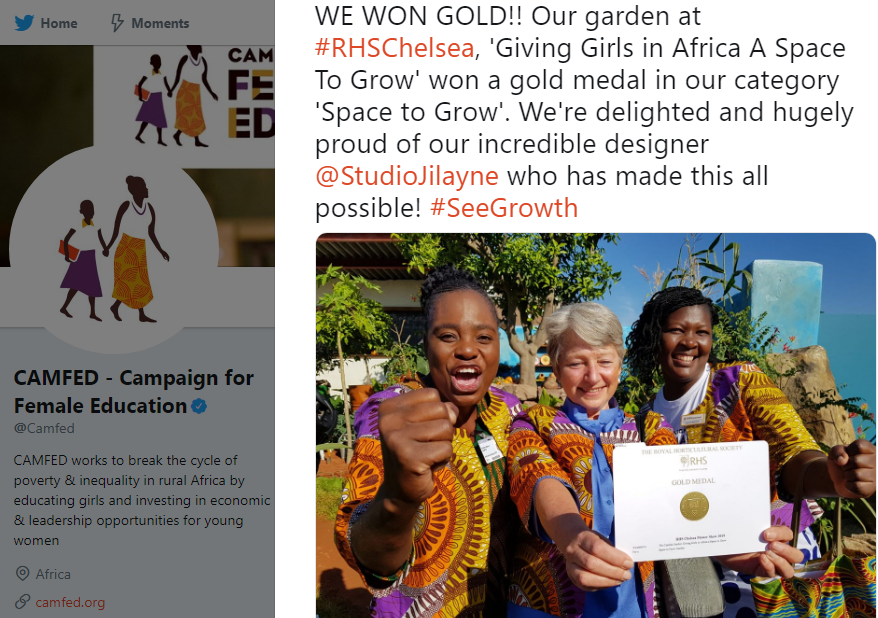 The parents of Archie Harrison are a fantastic team and they have both worked with the charity. Duchess Meghan invited the CAMFED Regional Director Zimbabwean born Angeline Murimirwa. Murimirwa was on the QCT’s panel on International Women’s Day which the Economist branded as the hottest ticket in London on that day.

“Beauty had to drop out of school and set up on her own to grow her crops,” Beauty was assisted by CAMFED helped Beauty set up a business. It enabled her and her brothers and sisters to be lifted out of poverty.” This is at the heart of Duchess Meghan who herself was a social enterprise.

CAMFED’s goal is to raise $265,000 to help reach 30,000 “invisible” girls. You will remember that CAMFED was one of the charities that was supported by #GlobalSussexBabyShower.

CAMFED received over $27,634 in contributions from global donors in honor of #GlobalSussexBabyShower. Impact: 118 girls can go to high school for 1 year.