Planning something like that takes a lot of effort. I’m a perfectionist, so I’m like, ‘Let’s make it perfect,”  Serena Williams speaking of Duchess Meghan’s Baby Shower

The Dutiful Duchess of Sussex  had been working hard representing the Queen of England in royal engagements. Duchess Meghan who was heavily pregnant has been diligently serving her new country alongside her husband the Duke of Sussex. Her beloved loyal friends decided to throw her a baby shower to celebrate her first child. The shower was organized by the royal’s friends: Serena Williams, Genevieve Hillis and Jessica Mulroney. American and global media  celebrated successful women celebrating another woman because America is still the place where family and life can be celebrated. 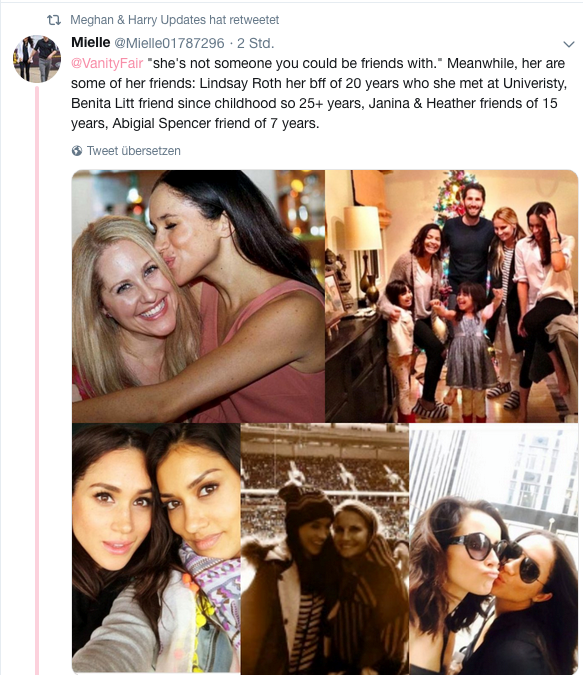 The baby shower was independently funded by those who love the Duchess of Sussex. These are self made millionaires who have worked hard for everything they have. This is where the old money became offended that America represents possibility for everyone regardless of family lineage.

The British media  with its anti-family agenda has been bullying the pregnant Duchess. Since news of her relationship with Prince Harry  first made headlines the UK media went into overdrive to discredit the Duchess.

“It was a very, very small private affair, and just a very special time for her,” “Because having a baby is a great thing, let’s not lose sight of that.” Gayle King

The protocol police were at it again upset about the amount of money that the Duchess of Sussex’s friends have spent on her baby shower.  Except there was no tax payer money used. During the same period other royals went on a ski trip on  a private jet but there was no concern about tax payer funds. In fact the silence from Piers Morgan was deafening. The fake rage over the choices of how women spend their money is none of Piers Morgan’s business. These tabloids do not have the guts or moral authority to question what private citizens do with their funds.

But the level of jealousy toward the American born Duchess cannot be explained. The UK media with Nazi ties went berserk. The idea of women of color with their own money offended them.

The Duchess of Sussex has successful friends who do not mind honoring her because they value her as worthy of a  baby shower at NY’s most exclusive hotel. Once the beacon of celebrating business people; the UK media is now a cesspool of mediocrity.

“I hope she won’t mind me sharing this because I’ve never seen anything like it at a baby shower,” just speaks to who (Meghan) is. She’s kind. She’s very generous and a really, really sweet person. I think her friends just wanted to celebrate her.  Gayle King, CBS Anchor

The economic illiteracy of royal reporters such as Piers Morgan crying over the cost of security officers shows how the mighty have fallen. The Security protection officers are a fixed cost so regardless of location England or America the security costs are incurred. It is this lack of analysis among the reporters that is leading to the decline of economic competitiveness in Britain.  In the 21st century the communists of China are now capitalists celebrating success. British reporters sound like communists angry about how successful women spend their money.

Meghan Markle And The Elephant In The Room