Protocol only refers to etiquette and behavior at diplomatic events and state occasions. Protocol refers to, who walks in a room first? Who sits next to whom? Who makes the first speech?Victoria Arbiter, Royal Expert

Royal baby showers do not break royal protocol. We know this because Kate Middleton had a baby shower in 2013.

Meghan would never have flown to New York if she didn’t first receive the blessing of her in-laws.There is nothing that stipulates she couldn’t have a baby shower, and frankly, Harry, and the rest of the royal family would be very happy for her to honor her American traditions and customs,She wouldn’t be in the States having a shower if it was frowned upon. Victoria Arbiter, Royal Expert 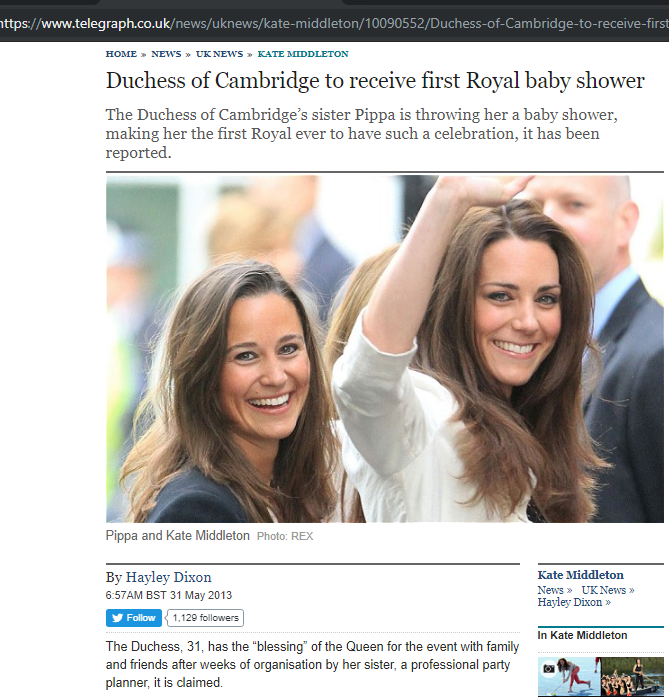 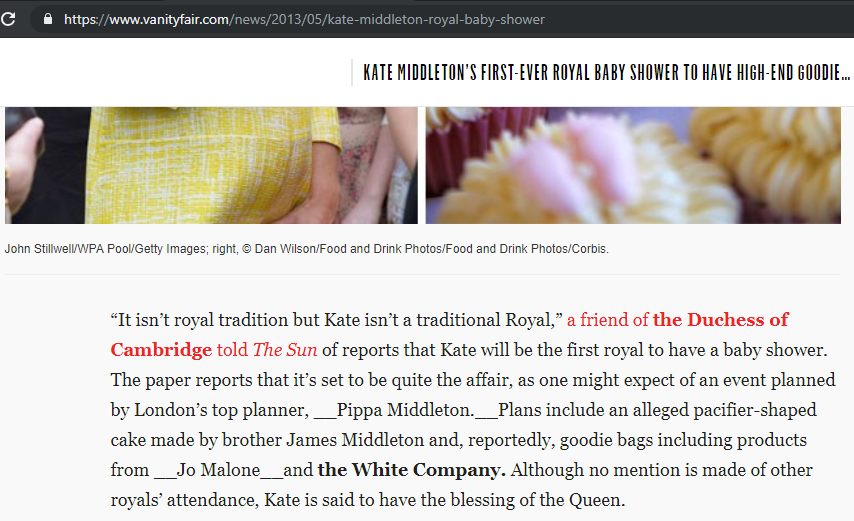 Although baby showers are not all that common in the U.K., there’s technically nothing stopping Markle’s family and close friends—like Jessica Mulroney, Serena Williams, and Priyanka Chopra—from hosting one. It doesn’t break any royal tradition and the Queen’s permission is definitely not needed, despite tabloid reports that Pippa Middleton received the Queen’s blessing to plan a shower for her sister, Kate Middleton in 2013. I would not be surprised if the Duchess of Sussex’s American and Canadian friends might do something and throw her a shower, thus maintaining the North American tradition, In fact, there is nothing stopping them from hosting a shower.”Marlene Koenig, a British and European royalty expert 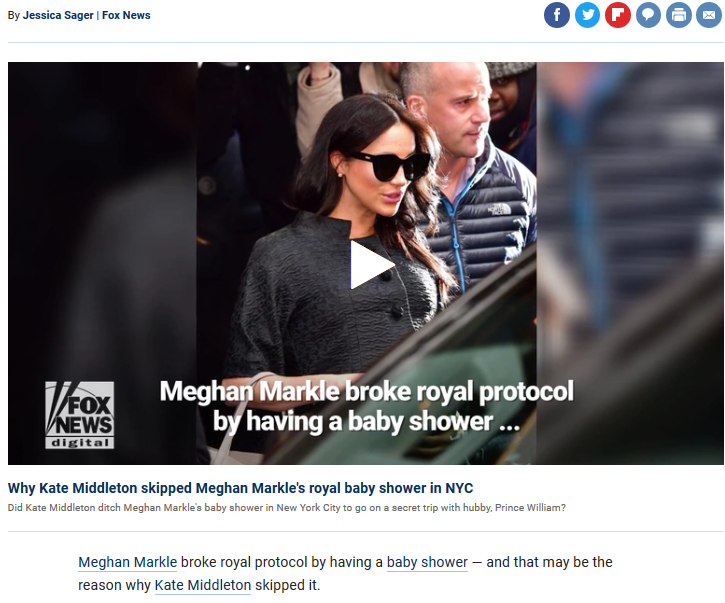 The protocol police are at it again making up stories about royal protocols that do not exist. The dutiful Duchess of Sussex, who is heavily pregnant, has been working hard representing the Queen of England on royal engagements. Meghan is serving her new country with grace and sincerity alongside her husband, the Duke of Sussex.

The unfounded and unreasonable objection to Duchess Meghan

The British Royal Family, The Media and ‘SussExit’ – Part 1