On January 8, 2020, Harry and Meghan announced via the SussexRoyal Instagram page that they had made a long thought out decision to step back from Senior Royal duties. The desired intensions have been laid out on a well-developed website. Overall the main points are a quest to forge their own path with their philanthropic endeavors which includes living financially independent of family and taxpayer funds, rear their child(ren) in a more expanded environment, and ditch the incredulous Royal Rota and divide their time between the UK and North America. The initial announcement has been followed by negotiations that ended yielded a deal that will see the Sussexes step back from all royal duties, including Prince Harry’s official military ones, spend most of their time in North America and pursue both their charitable and personal professional ventures without oversight from the palace. 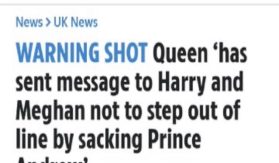 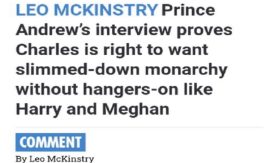 Based on the unending refrain of “ The Sussexes can leave if they’re not Happy”, “ The Sussexes are doing damage to the monarchy” etc., coupled with the palace’s own year-end public relations push to frame/ define the future of the monarchy literally and visually as one that did not include the Sussex family, one would come to the logical conclusion that Harry and Meghan’s choice to step back would be met with cheers! Bigots spanning from the UK to the US with the urging of right wing media outlets mainly in England, have had a mandate to remove Meghan from their lily white equation for nearly four years.

I would even theorize that unfortunately members of the British Royal family and or the royal establishment have been working on her departure as well, judging from the unrefuted hints from some royal reporters that no one in the family support Harry and Meghan. Even if we didn’t have those accounts, that the family has come to the defense of other members; including most recently trying to rehabilitate the image of Prince Andrew, who is currently playing a game of hide and seek with US law enforcement in connection with the Jeffrey Epstein case , and yet sat aloof while the media machine dissected Harry and Meghan to the bone speaks volumes. It makes the Queen’s numerous references to family and wishes that the couple would remain as Senior Royals in the palace’s January 13, 2020 statement eye-roll worthy. Well, you had your chance!

After all, the wishes of these various forces have included Meghan’s removal from the spotlight they so covet. Not to talk about the protracted and disingenuous whining about public funding for rehabilitating the couple’s home; one I might add, is very modest compared to other members of the family, even those of lower rank. Those wishes have been granted! Harry and Meghan will no longer undertake royal duties, which the media and their public following always seemed to have one thing or the other to gripe about anyway. They no longer have to worry about paying for Harry and Meghan’s home as the couple have elected to refund that expense. All is good and all must be content now. No?

Incredulously, these same detractors and instigators, are now mad as Hades that the couple have heard and heeded those suggestions. What with all the posturing and faux outrage about “how dare they do that to the queen” and “Prince Charles is hurt”. Let’s not forget that “William is upset that his brother’s exit leaves the rest of them to take on more duties”. Well no sh!t. That is the least he could do in return for the fawning benevolence of the British taxpayer, regardless of what he says, does or doesn’t do. 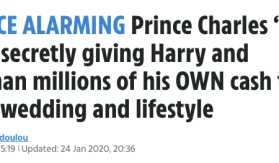 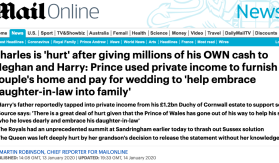 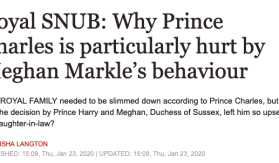 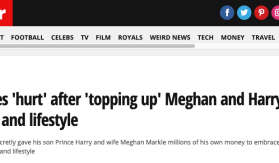 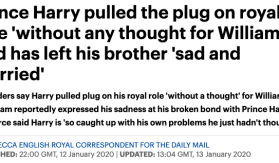 The media’s whiplash is ubiquitous too. Two of Meghan’s most ardent stalkers Piers Morgan and Camilla Long could not help themselves. Piers told Meghan in July 2019 to ‘Go back to America’ yet, since January’s announcement, he has had several on-air and print tirades, strangely expressing anger that they are indeed leaving! As for Camilla Long, she still hasn’t quite figured out that when you repeatedly tell a person to leave and they do, shock would be the wrong response to have. Unless of course, your ego took a hit, when your prey called your bluff and told you to shove it. 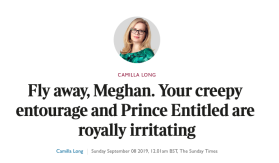 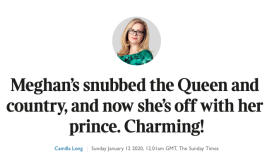 Maybe if Ms. Long wasn’t so busy trying to present the best facial angle, she would have had time to read the room. The hilarity and absurdity of it all is summed up well by Twitter user Paulie Doyle. 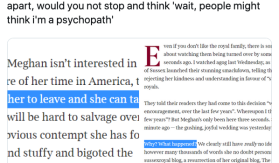 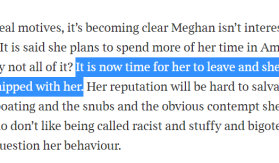 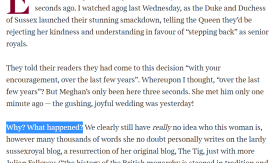 These examples embody the sentiment across the right wing British Media and spilling into what I like to call social media #Bigotlogic. There have been meltdowns decrying Meghan and Harry’s exit where there should be celebration based on the prior tone.

The same Royal sycophants, I mean pundits, that othered Meghan and berated her and Harry this entire time are now trying to figure out why they would leave. To absolve themselves of any responsibility, they have characteristically failed to pause and reflect and rather proceeded to gaslight, deflect, dismiss racism as a factor and place blame mainly on Meghan’s shoulders, and minimize Harry as not the ‘All Man’ that he is. The conversations have dipped into the theme of the British Media’s tradition of being hateful to Royal brides; chiding Meghan for not choosing to just endure the abuse until some unknown period in time in the future that they may stop the onslaught. Barbaric! The tone of these conversations also vacillates to lamenting what a blow this decision is to the Monarcy. One British Breakfast TV host asked Dr. Shola Mos-Shogbamimu @SholaMos1 if Meghan was “missing an opportunity” to teach Britain about it’s 1000s year old bigotry by not staying to continue to endure the racial abuse that they deny? The good Doc cleared that one up for her. I would suggest Dr. Mos-Shogbamimu’s Twitter feed for clips and also enlightenment on racism in the UK. Long time truth-teller Afua Hirsh @afuahirsh has also been fighting the good fight on UK and US airwaves. Her recent New York Times OP ED is an insightful and instructive read. Sadly, the tomfoolery continues; the gaslighting and feigned shock has been thick!

When you take in the rhetoric, it is very evident that Meghan was just expected to stay and take the toxicity. Why wouldn’t she want to just stay in the den of the abuse? What’s so wrong with that? EVERYTHING: Civilized people don’t behave in the manner that has been exhibited to this couple. Welcoming people don’t do that either. Neither does anyone with a conscience. Also why are the agenda-driven British media and their like-minded readers happy to see other members of the royal family be defended, but are aghast at the sight of Harry standing up for, and defending his chosen wife and family? I hope Harry and Meghan’s detractors can truthfully answer that question. If not, then perhaps that’s where their work ought to be.

The abuse leveled at Meghan for almost four years has been nothing short of evil in action. Rising above that, the strength, perserverence, and mutual love demonstrated by Harry and Meghan has also been something to behold. I applaud them for protecting their family’s mental and physical wellbeing above all else. I applaud them for knowing their self worth and having the spine to draw their boundaries. May God richly bless them in the next chapter of their life and may he hold this beautiful young family in his heavenly arms.

*The writer’s decision to not address Harry and Meghan by their man made titles in this piece is because her support for Harry, Meghan, and Archie is rooted in their personhood, not titles.

23 comments on “I Just Want To Abuse You, What Is So Wrong With That?”

Have you listened to the first 3 episodes? Which is your favorite?
https://open.spotify.com/show/6UfyXZgVAUX1UzF8j5L72t?si=i9IPAWgcQBy_dL-FMS6llg

How Did The British Royal Family Obtain Their Wealth? PART 2