The Duke and Duchess of Sussex partnered to “Protect the Pride” in order to protect lions from extinction across Africa. Prince Harry is President of African Parks and Patron of Rhino Conservation Botswana. African Parks is a non-profit conservation organization that takes on direct responsibility for the rehabilitation and long-term management of protected areas. This organization works in partnership with governments and local communities. 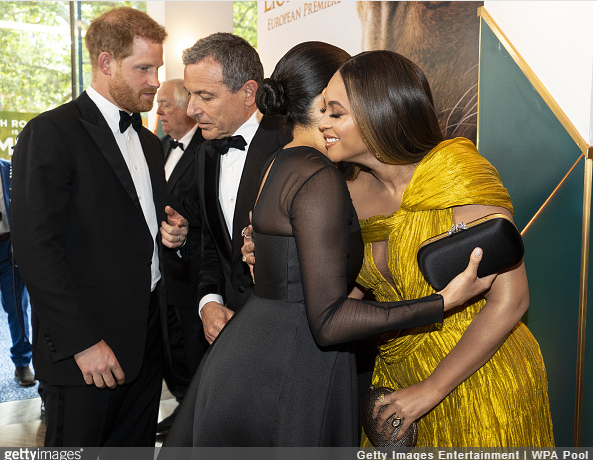 Beyonce sent a clear message of support to a fellow woman of color who has been maligned by the British press and their readership since day one, since it was announced that she was dating Prince Harry. Both women share similar media harassment, e.g. fake pregnancy accusations. Beyonce empathized with Meghan and posted the video above.

Harry and Meghan took time to talk to well-wishers and shook many hands. The Duke and Duchess went over to greet the supporters who had waited patiently to see them. The phones were out to take pictures of this young couple that is authentic and relate with ordinary people.

The Sussexes Set To Start Their Own Foundation

“The Only Wrong Thing To Say Is To Say Nothing”