Meghan is my child, she may not be my biological child, but she is of me and many others. She is a descendant of a people who have been cruelly ripped from the womb of mother Africa. An umbilical cord although invisible, it is still there with us. So to sit and see my child being abused it conjures up images of what it was like in the days of slavery. Spiritually I hear the weeping and screams of a people who were savagely extracted from a home called Africa. The erasing of our heritage and rich cultures are prime examples of the abomination to mankind. Our religions and our languages, the very core of African family values, were viciously whipped out of my people.

We were beaten, slung , dragged and treated lesser than the animals whom the oppressors valued more than our lives.

Human beings who were demonized and mimicked because of the colour of our skins. The strains of mother Africa runs in her veins just like mine and her mother’s. Duchess Meghan you have an amazing global family, comprising sisters, brothers, nieces, nephews, aunties, uncles, and cousins that you may not know, but we are here. Meghan my child, my daughter your unfounded abuse conjures up the strains of Joan Baez’s song; Ain’t Gonna Let Nobody Turn Me Around. I have personalized it to represent the struggle that you are continuously subjected to. This is my version that I would sing to you as you step into a cruel world of people who embody narcissistic tendencies.

The original lyrics of this song in its entirety can be found on the Internet. I suggest those who read this article obtain the lyrics and also view Joan Baez singing this song on YouTube, as she uses her wonderful lyrical skills to highlight the dark history of America. A time when to be Black was deemed a crime by an establishment bent on abusing, lynching and removing the rights of a fellow human being. A time when African Americans were told to stay in the back of the bus; do not set one’s eyes on a white person; make way for a white person to walk on the sidewalk; and not to use their voices. The only cries the white man wanted to hear were the agonising screams of a black people.

Her biological mother, Ms. Doria Ragland, can’t comment on the abuse of her daughter, her flower, her only child. Thomas Markle has forfeited his rights to be called father. He has betrayed Duchess Meghan and lacks all sense of respectability and credibility as a father. He placed her on an auction block, selling her like an enslaved African to a world that represents the marketing and humiliation of a proud African people. I cannot forget the sexploitation of children in a horrendous trafficking ring by the sick desires of evil white men. When I hear what they expect Duchess Meghan to do, which is same as the policies and practices of long ago, I want to shout and scream to the top of my lungs.

HEAR MY SCREAMS
I SCREAM AT THE TOP OF MY LUNGS, AND I ALLOW THAT SOUND THAT FORMS INTO WORDS, REPRESENT MY PAIN AND ANGER FOR MY CHILD TO VIBRATE MY VERY BODY AND SOUL. IT EMANATES FROM TIGHTENED STRINGS OF MY VOCAL CORDS WITH EVERY BREATH THAT I COULD MUSTER, HELD AND RESTRICTED BY A BODY TAUNT WITH THE ABUSE AND HATE DIRECTED AT MY CHILD. MY RAGE AND CRIES WANT TO DROWN THE NEGATIVITY THAT PERMEATES THE AIR, THAT HANGS HEAVILY OVER MY CHILD MEGHAN AND THE CHILDREN OF AFRICA AND ITS SCATTERED BABIES AROUND THE GLOBE. I GROAN AND WEEP FOR MY PEOPLE AND I ASK THIS QUESTION. WHY A PEOPLE WHO WISH NO HARM TO OTHER NATIONS ARE SUBJECTED TO GROSS DISRESPECT? WHY ARE WE SO DISLIKED AND VILIFIED, IS IT BECAUSE OF THE COLOUR OF OUR SKIN? WE ARE CHILDREN OF GOD JUST LIKE YOU; THE OPPRESSOR.

There is a lovely African proverb that reads as follows: “It takes a village to raise a child.” 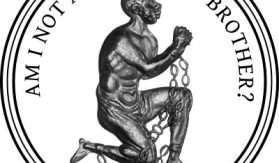 African culture recognises that parenting is a shared responsibility – a communal affair – not just the concern of parents or grandparents, but of the extended family. Uncles, aunts, cousins, neighbours and friends can all be involved and all have a part to play. We are that African village that are standing up for our child, Meghan, Duchess of Sussex, her wonderful husband Harry, Duke of Sussex and Master Archie and their future children. If her Caucasian family are forfeiting their rights to protect their own blood, we who are of her African Ancestry are most honoured to do so with pride. We feel her pain and we hear the moans of our ancestors crying for a child of theirs who is abused.

To conclude I would say with no uncertainty, every AFRICAN nation is ROYAL and its descendants as well. Therefore Meghan is royal before she entered the fold of the British version of royalty. She has as many rights to grace as the British royal family. Just as it is our rights as children of Africa to inhabit the lands of Britain. Every nook, cranny and minuscule of dirt is saturated with the blood and cries of the abused souls of the children of Africa. Nations have been built and the invaders enriched themselves from this land, the richest real estate in the world. Oppressors of my people have been knighted by the Monarchy based on the enslavement of a people and the raping of the most fertile land in the world, Africa. The very riches of her now in-laws who adorn themselves with precious stones and gems belonged to her ancestors from Africa and India. The advent of the Industrialization of Britain came out of the backs of raw material extracted from Africa and India, by enslaved and indentured labourers.

I say to those who vilify the continent of Africa and its people; revisit the song, Amazing Grace, written by John Newton, a slave trader. It was a cry of this tortured soul who obtained wealth from the capturing and enslavement of God’s people who were just like himself.
For those who abuse the Duchess and people who are not like us, the cries and wails of the indigenous people are upon you as well, for stealing and mistreating them as “other,” which is the sordid legacy and curse of a Caucasian race who sought to demonize other races that are not Caucasian.

DUCHESS MEGHAN IS NOT YOUR SLAVE, SHE IS FREE!