“Both my parents came from little, so they made a choice to give a lot.”Meghan Markle

Meghan Markle’s rise from little against all the odds to achieve success and global icon status is very remarkable. She was born Rachel Meghan Markle the only child of Doria Ragland and Thomas Markle Sr of California, USA. Her parents got married in 1979 and she came along in 1981 much to her parents delight. Meghan is an only child and was raised as an only child. Thomas Markle has children from a previous marriage who are almost two decades older than Meghan and had moved out by the time Meghan could remember. They were never close to Meghan and due to their age difference could not have ever grown up together.

Meghan’s paternal ancestry were considered of no pedigree and in the caste system of England had no prospects of moving up the social ladder so they left Europe in search for a better life in the Americas. The Markles settled in the coal mining region of Pennsylvania. They carried with them the hope of creating a better life from the one they left behind in Ireland & Scotland where they came from.

“Perhaps the closest thing to connecting me to my ever-complex family tree, my longing to know where I come from, and the commonality that links me to my bloodline, is the choice that my great-great-great grandfather made to start anew. He chose the last name Wisdom. He drew his own box.” – Meghan Markle Elle Magazine 2015

Duchess Meghan’s maternal ancestors were slaves picking cotton in the plantations of Georgia not even regarded as human beings suffering all manner of human rights violations. When her ancestors were set free from the bondage of slavery they chose the name Wisdom.

Duchess Meghan’s maternal grandfather moved from Ohio to California in search of the American dream starting a business there that allowed Doria a better life than he had in Ohio. In America it is about doing better than the previous generation and the journey from Wisdom to Windsor continued from generation to generation. 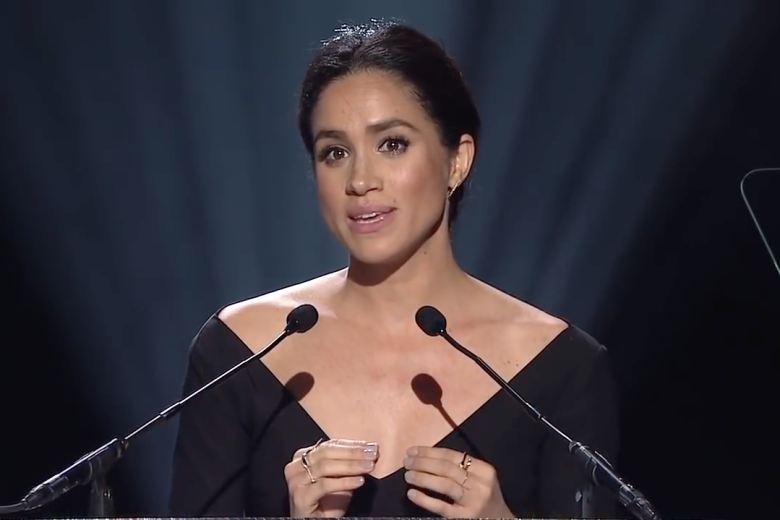