On today’s episode Meghan was a hardworking self made millionaire and has worn many items from her own closet. (Ps: I haven’t even started with the items she  bought as a royal and has already recycled in 6 months.)

This classic Burberry trench  worn during the Oceania tour was recycled. It was first spotted in 2017, when Meghan attended her then boyfriend Prince Harry’s polo match. She matched it with her Stuart Weitzman Legend pumps, which were first spotted at the Invictus Games in Canada in 2017. 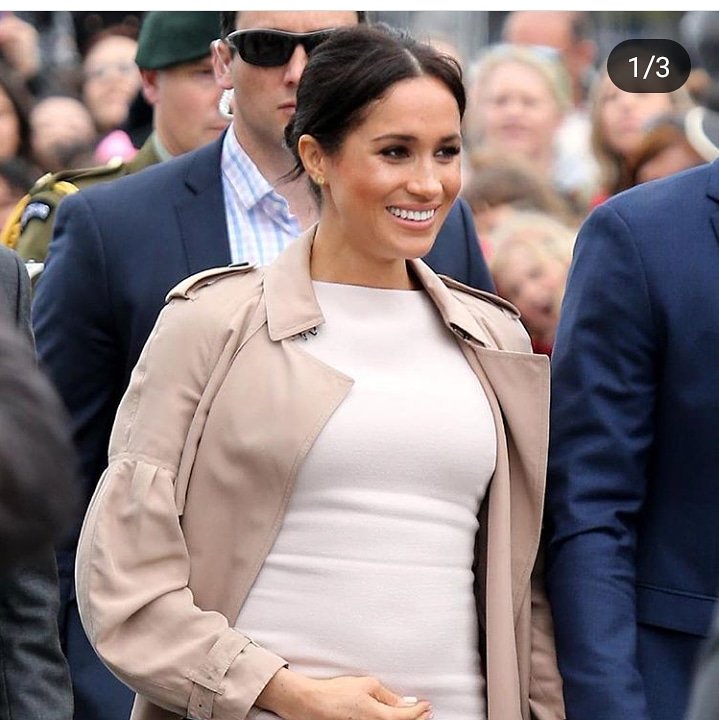 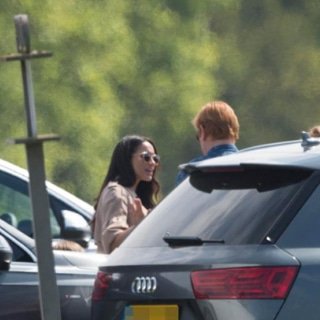 The Duchess of Sussex attended a reception at the Auckland War Museum during the Oceania tour wearing a navy doubled breasted Antonio Berardi dress. The dress was first spotted in 2017 when she attended another one of Prince Harry’s polo matches. 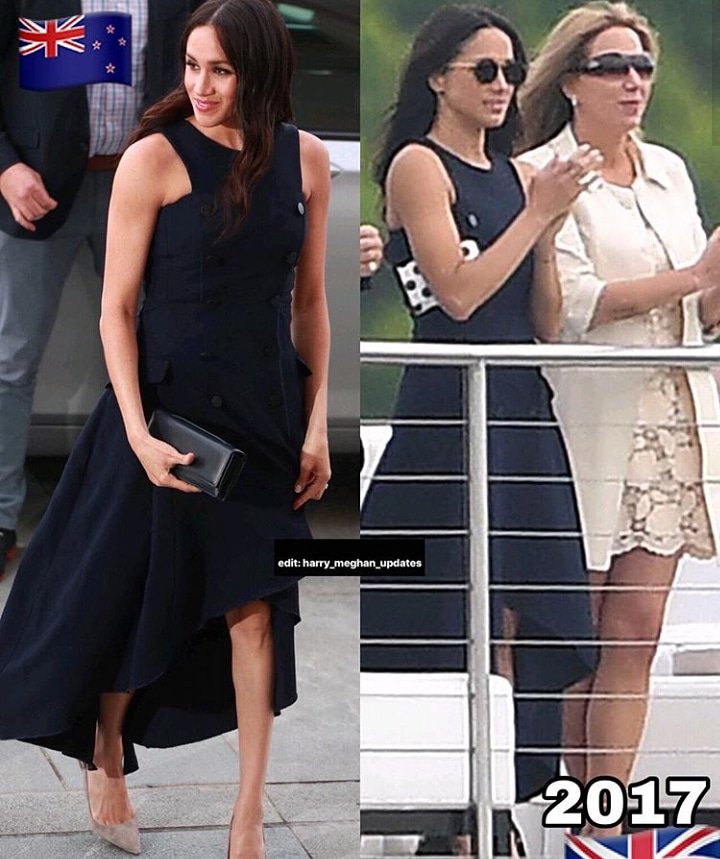 For the Invictus Games GB trials, which took place on April 6th 2018, Meghan recycled her Mother Denim black jeans. She was first spotted wearing them during a shopping trip about a week before her engagement announcement in November 2017. 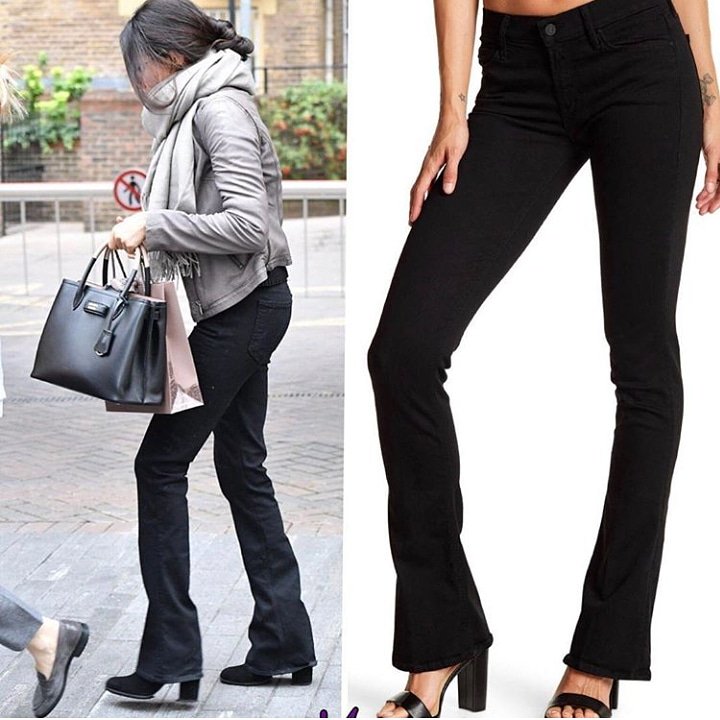 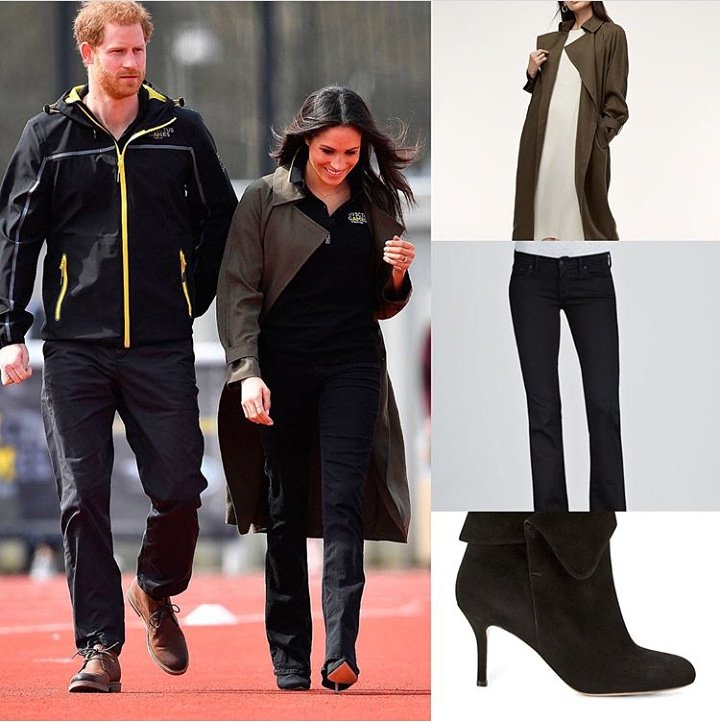 For her engagement in Scotland with Prince Harry, Meghan  wore a pair of Jimmy Choo boots. She first wore them at the Jimmy Choo store opening in Canada in 2015. They can also be spotted in the third picture posted in 2016 (2nd row 2nd pair of shoes)

Part 1. Meghan wearing her Wolford Colorado Black Turtleneck Bodysuit from her very first engagement on December 1, 2017 to the Oceania Tour 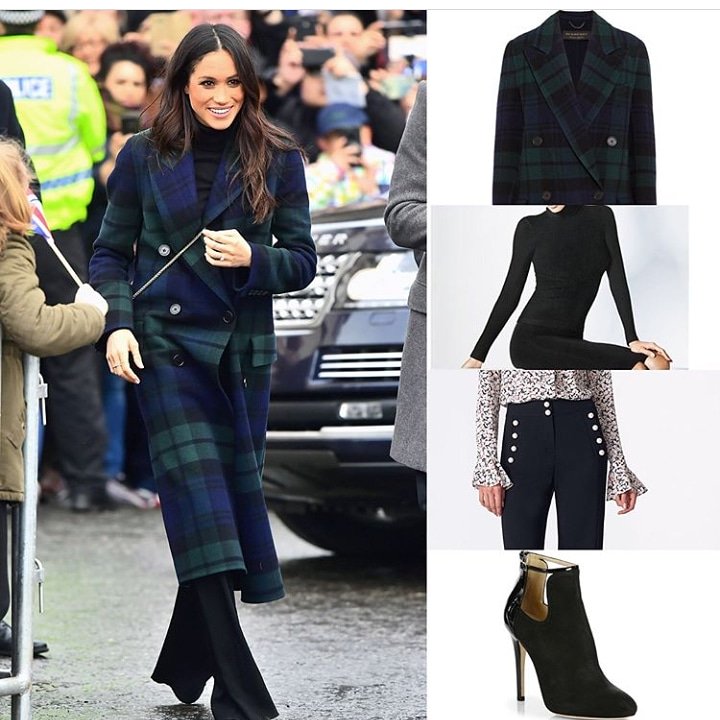 Meghan was spotted in Australia with the same Oroton Avalon Crossbody bag she previously wore at the Commonwealth Youth Forum reception in April, before her wedding. 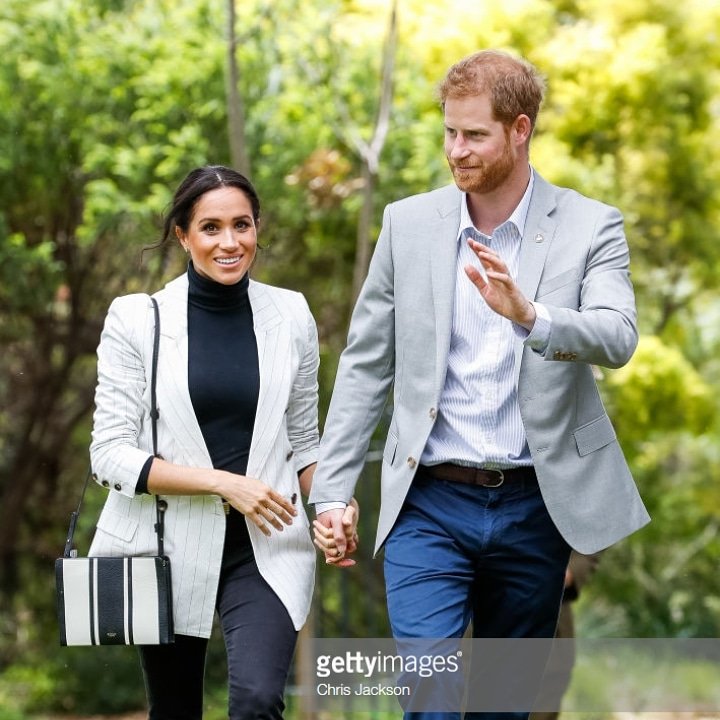 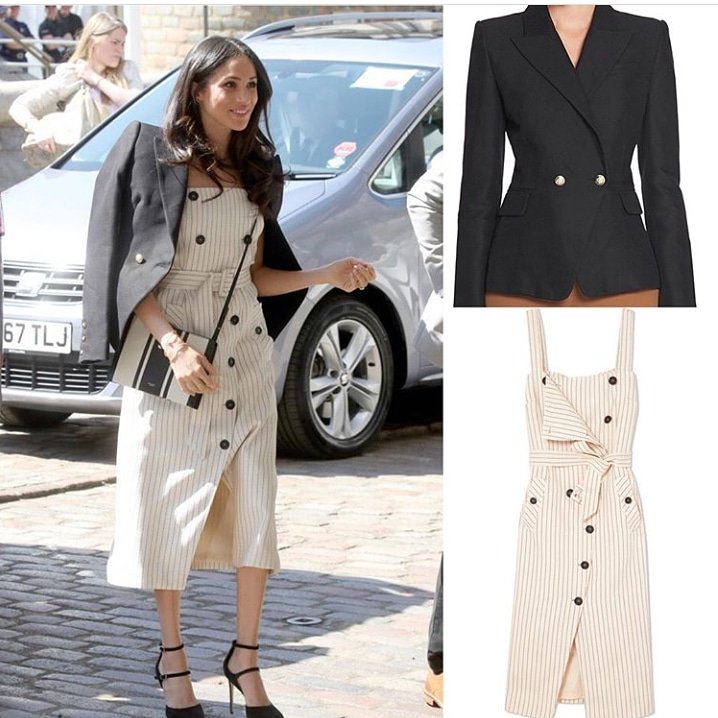 Meghan wearing her trusty black Aquazzura Deneuve pumps over the last 6 months as a royal. 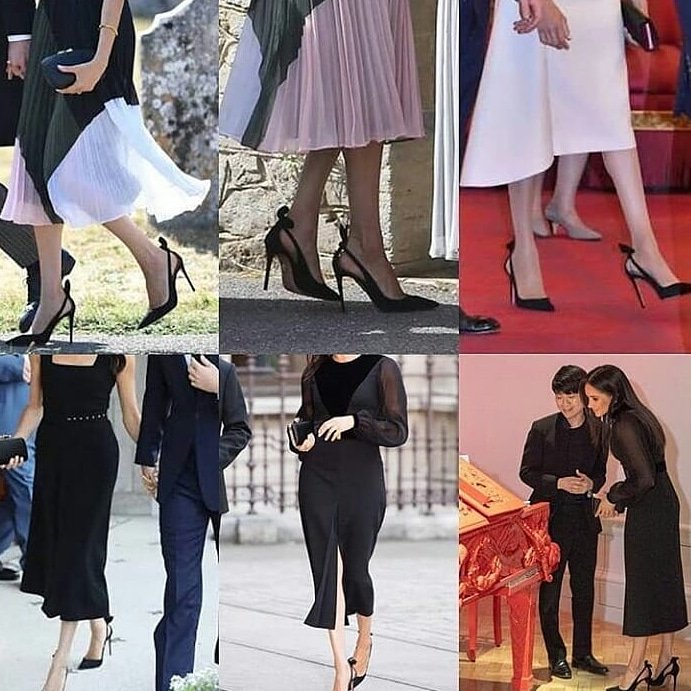 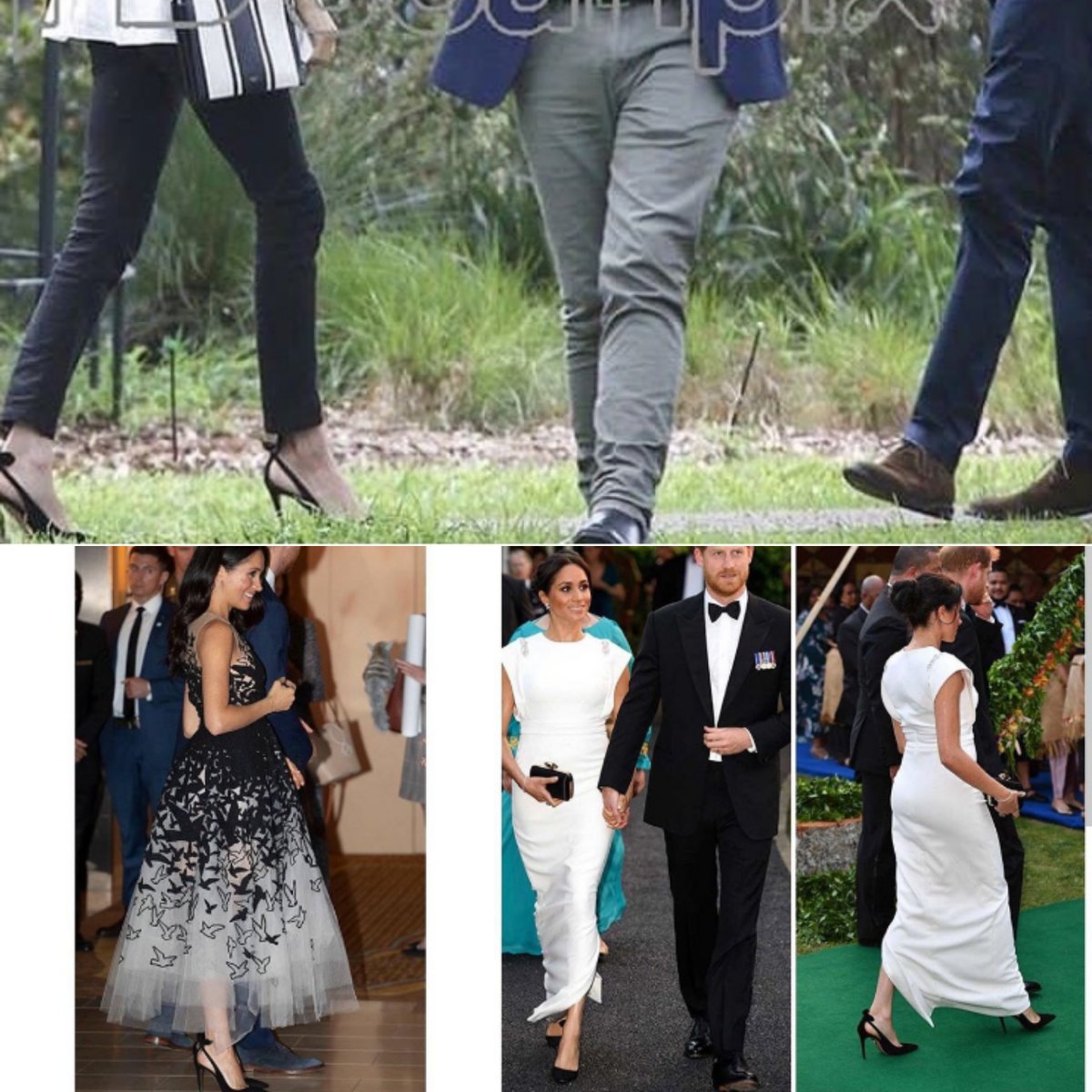 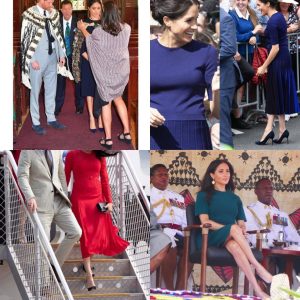 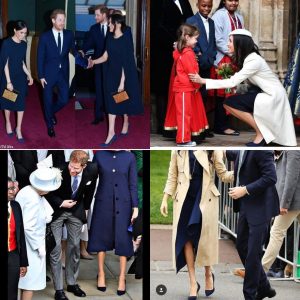 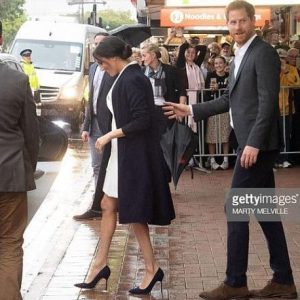 Meghan wearing her Sarah Flint Jay pump from January 2018 (before her wedding obviously) at her engagement to Reprezent Radio on the Oceania tour. 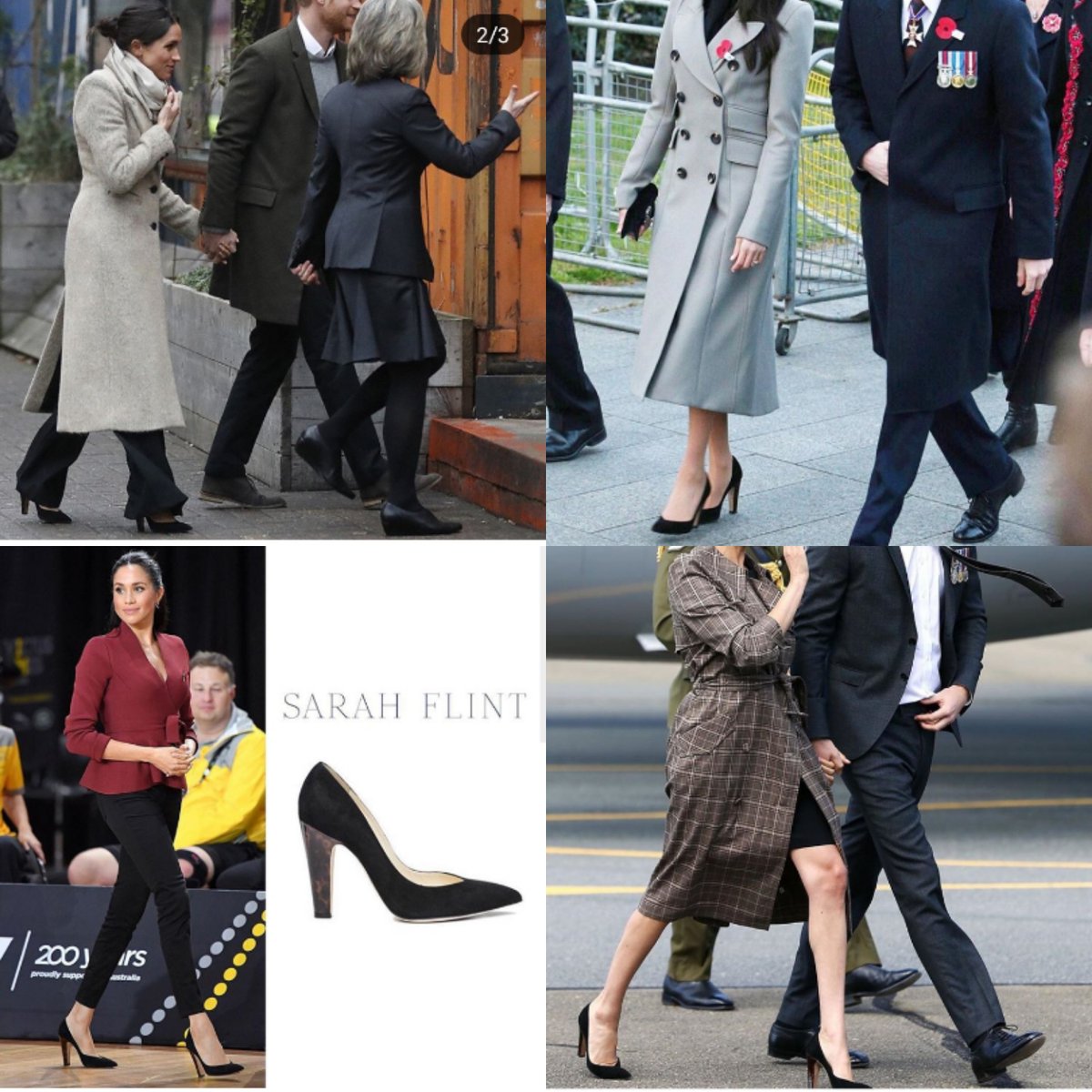 Meghan re-wore her Stella McCartney cape dress from the Queen’s birthday concert (April 21, 2018) and her satin Dior clutch from the RAF service in July at the Invictus Games Opening ceremony. She also wore a new Gillian Anderson coat which she re-wore in Wellington during the Oceania tour. 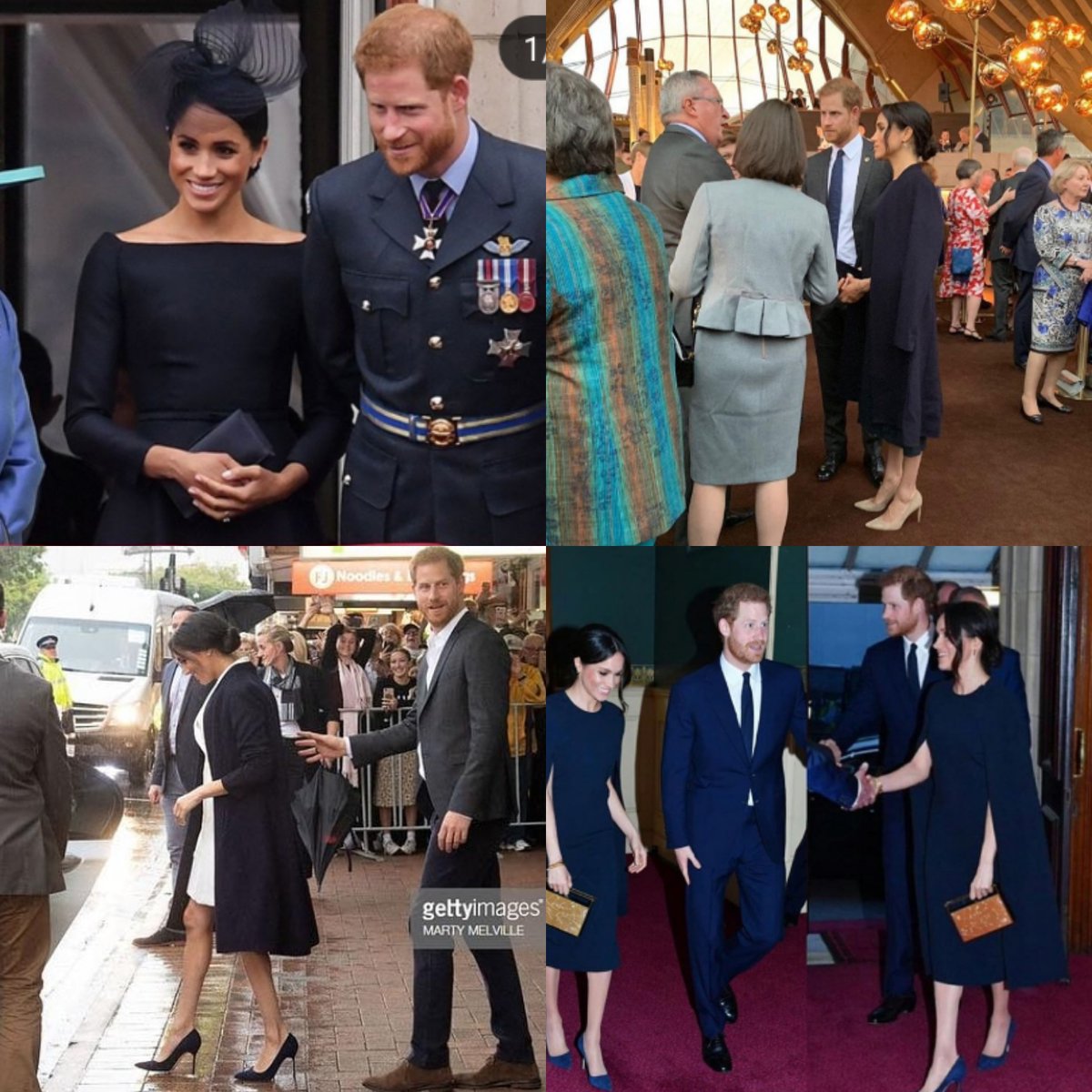 Don't come to other people's Twitter and tell them what they should or shouldn't do. If you don't like the content of someone else's page, create your own space and post about things you deem 'positive'. Just saying. -M
Anyway, Meghan & Harry are winning. Freedom suits them well.

'He's giving all of us in this ludicrously deferential society permission to admit we hurt too.'

Prince Harry joins the Armchair Expert to discuss how to approach mental health issues, growing up with privilege, and how healing it is to perform a service for someone.
https://armchairexpertpod.com/pods/prince-harry

Empowered and Fired Up: A Salute To The SussexSquad