The beginning
The first Norman King of England, William I (also known as William the Conqueror and William the Bastard) was crowned King on Christmas day 1066. Historical documents do not indicate the dates of births of William’s daughters; but we do know that William’s fourth son Henry was William’s first son to be born during his reign in 1068. King Henry I later became the third sovereign of the House of Normandy. Henry was born at home.

Fast forward through the history of the British Royal family…through the births of Royals born to the Houses of Normandy, Blois, Plantagenet, Lancaster, York, Tudor, Stuart, Orange-Nassau, Hanover, and Saxe-Coburg and Gotha (and to the newly renamed House of Windsor)… ALL were born at home. In fact, home births were the tradition in the British Royal Family from at least late 1068 until July 25th 1970.

So for more than nine hundred years home births were the tradition.

Continuing Tradition…even after Hospital Births were becoming the NORM

Queen Elizabeth II chose to uphold that tradition when she gave birth to all her children at home. Charles, Andrew and Edward were born in Buckingham Palace, while Anne was born in Clarence House. 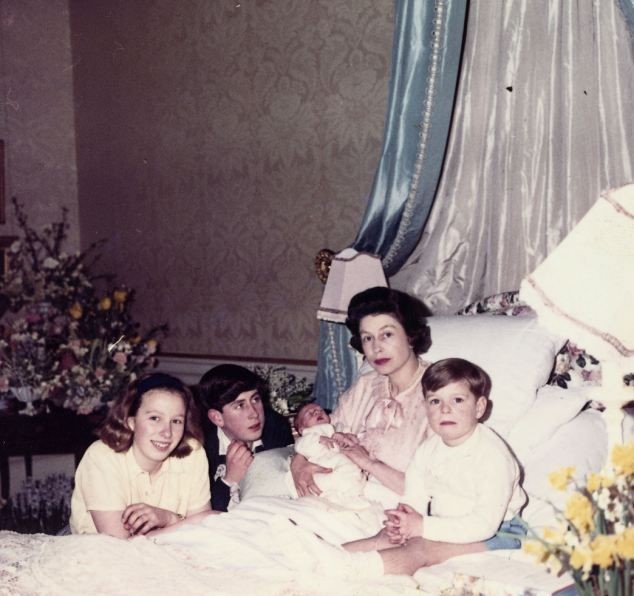 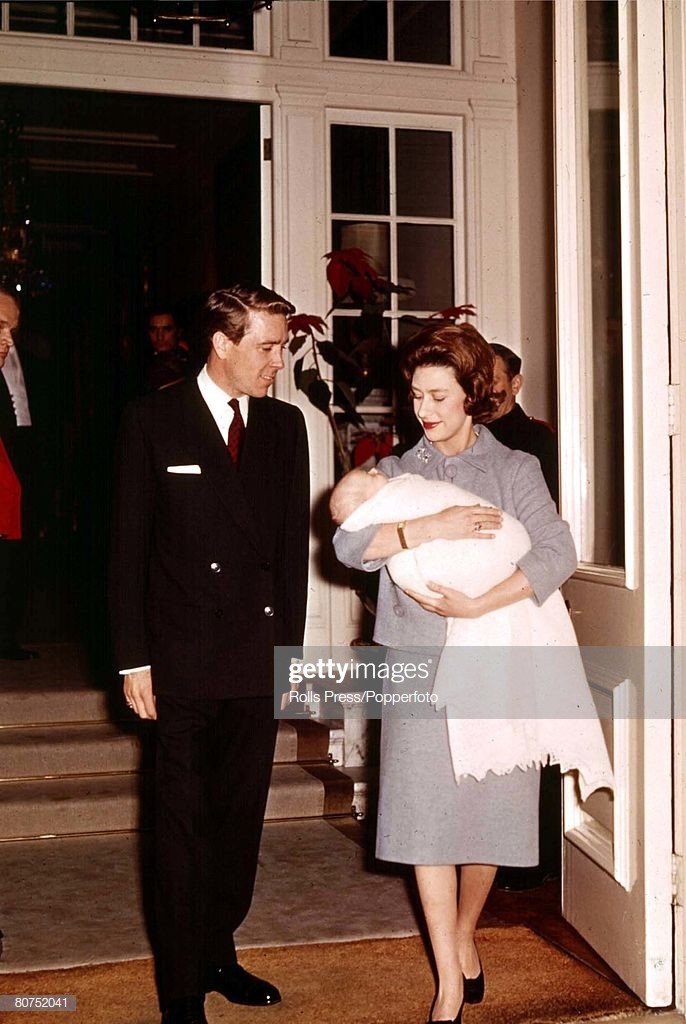 Most people often forget or don’t know about HRH Katherine, Duchess of Kent. The former Katharine Worsley married the Queen’s first cousin Prince Edward, Duke of Kent in 1961. Katherine is a controversial figure to some, but to many she is considered a pioneer within the British Royal family for decades. Katharine welcomed her two oldest children at home, but chose to welcome her third child at hospital. Therefore, Katharine, Duchess of Kent was the first British Royal to deliver her baby in a hospital. Katharine was delivered of her second son Lord Nicholas Windsor at King’s College Hospital on July 25th 1970. 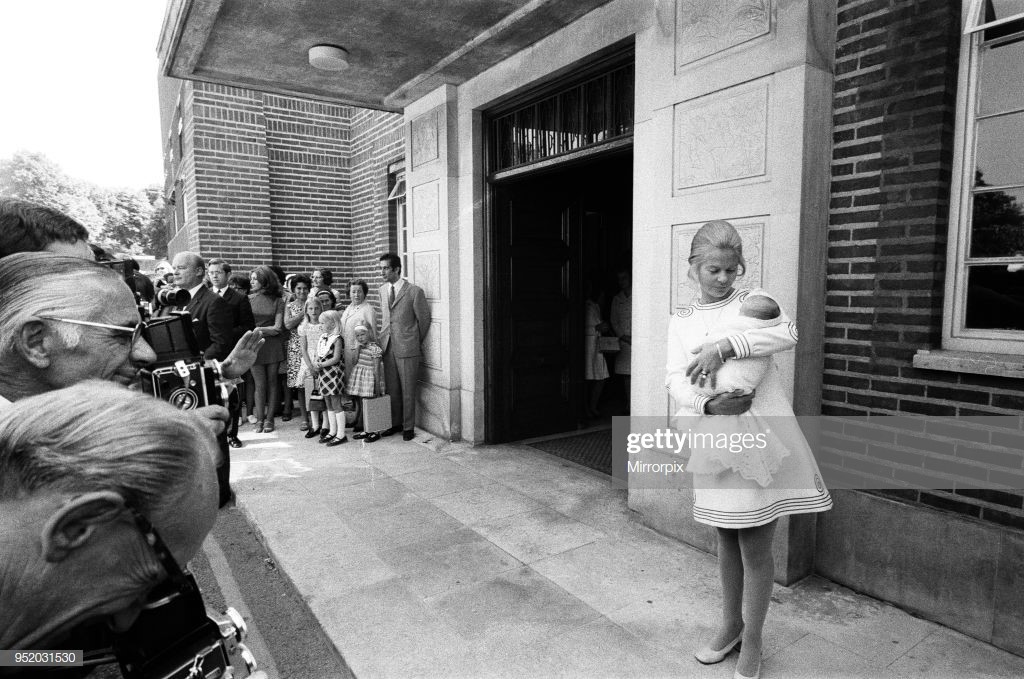 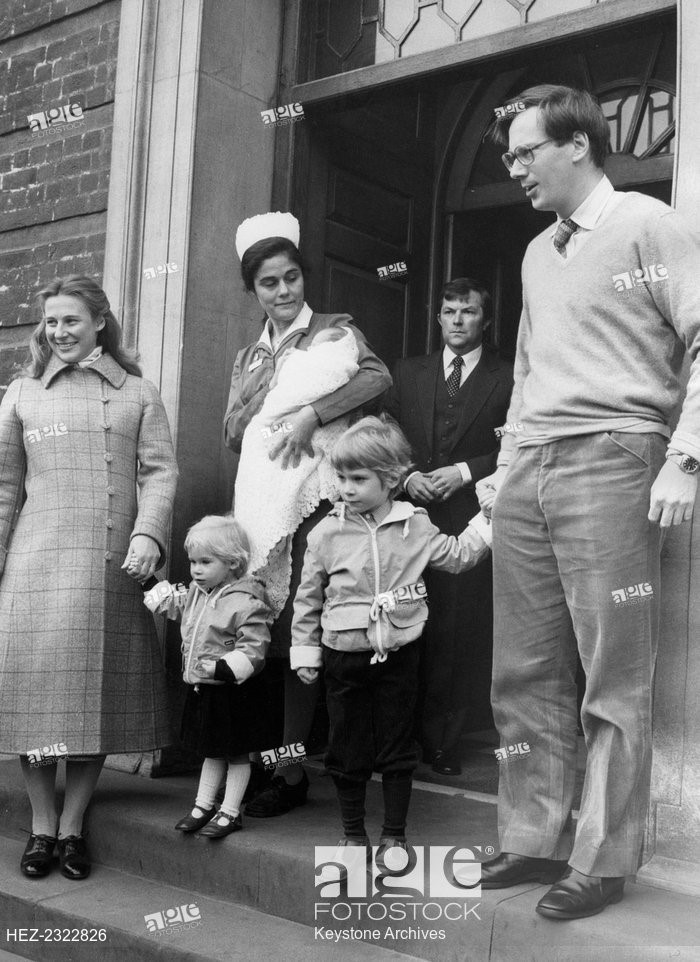 On November 15th 1977 Anne, Princess Royal (then fourth in line to the throne) delivered her son Peter Phillips at St. Mary’s Hospital. Peter was not only Queen Elizabeth’s first grandchild; he was also the first fifth in line to the British throne to not be born at home. 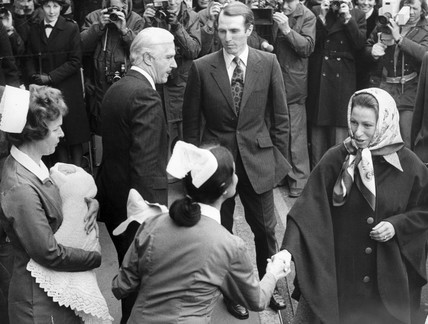 Four years later Anne carried her daughter Zara Phillips down the steps of the Lindo wing at St. Mary’s Hospital. Zara was the first granddaughter of the Queen to be born in a hospital. 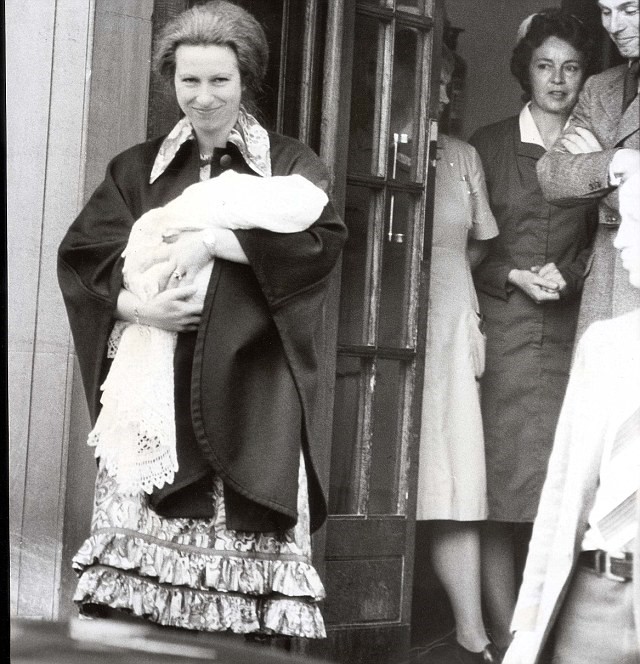 By the time Prince William was born on June 21st 1982 seven other Royals had been born at St. Mary’s Hospital BEFORE HIM.

For Centuries home births were a commonplace occurrence because children were delivered at home or wherever the expectant mother took shelter during labor and delivery. There were no hospitals specializing in maternity until the 18th century when Lying -In Hospitals were created in the United Kingdom.

The Birthing experience can be an often long, dangerous, laborious, painful experience for mothers; but for expectant Royal mothers, the event was also public… that was…until the birth of Prince Charles in 1948. Charles’ birth heralded the modern era wherein Royal births finally became private.

“Throughout history, royal births have been anything but private (at one time courtiers even witnessed the consummation of royal marriages)…” (Telegraph, July 2013)

Before Charles’ birth, ALL Royal births from the end of the 17th Century until the turn of the 20th century had in attendance “…in the past up to 70 people would be present when future monarchs were born, so that they could verify there had been no skulduggery such as an infant impostor being substituted in the royal bedchamber.” Consequently, “Archbishops, Cabinet ministers and courtiers were among the dignitaries who would be expected to witness royal births.” (Telegraph, July 2013)  The only exception was the birth of Prince Albert Edward in 1841; the Archbishop of Canterbury missed the birth due to circumstances beyond his control.

The officials would be stationed outside the Birthing Chamber/room and their presence served to authenticate that the child presented, was in fact the child of the Royal.

Princess Elizabeth’s choice to not allow the Home Secretary to be present (in an adjoining room) while she labored and delivered Charles, a future Monarch, was an action that eradicated centuries of tradition…a tradition whose inception owes its occurrence to another Prince of Wales, James, who was born in 1688…

Birth of James, The Old Pretender…

James, Duke of York (later became King James II and VII) was the second son born to King Charles I. During James first marriage to Anne, Duchess of York he sired four sons, but none lived beyond infancy/childhood. James and his second wife Mary of Modena’s three oldest children died in infancy/childhood. When their fourth child and second son James Francis Edward Stuart was born on June 10th 1688 in St. James’s Palace… I can imagine that James celebrated the birth of an heir!

Unfortunately, many others didn’t celebrate. James II who was a Roman Catholic faced opposition from Protestants. Protestants preferred James’ two older daughters (Mary and Anne) becoming sovereign than another Roman Catholic King. Mary and Anne were raised as Anglicans under orders of their uncle King Charles II.

“When [Mary of Modena] gave birth to her son James in 1688 the country was awash with rumours that she was not really pregnant and that a baby had been smuggled into her bed in a warming pan or through a secret panel in the headboard. An alternative theory was that her baby had been stillborn.

In an attempt to put paid to such gossip, 70 of the most eminent figures in the land attended the birth in St James’s Palace, so that their testimonies could be published. In the event, James was never accepted by the public because he was born a Catholic, a fact that contributed to the Glorious Revolution which put William III and his wife Mary II (James II’s Protestant daughter by his first wife) on the throne in 1689.” (Telegraph, July 2013)

The 19th century ushered in advancements in industry, economy, politics, communication and medicine. These advancements continued into the 20th and 21st century.

In the 1920s “Hospital birth became more common, including the systematic use of forceps, episiotomy and anesthesia as advocated by Dr. Joseph DeLee.” (500 years of childbirth history in 2 minutes, What to Expect website, October 2017)

So when Princess Elizabeth chose to birth her first born child at home, she did it in an era where modern medicine advocated hospital births not home births.

If the Queen of the United Kingdom and other Commonwealth realms chose to birth a future King (and all her other offspring) at home, why do people take issue with Duchess Meghan birthing her first born (7th in line) child at home?

Queen Elizabeth’s birth plan for Charles’s labor and delivery entailed a home birth without her husband (Philip played squash) and no Home Secretary present. After more than thirty hours of labor, she was delivered of a son (Charles) by Cesarean section. The exclusion of an official to certify Charles’s identity was an unprecedented move. However, strong women in leadership make decisions for their own lives. As an adult, Elizabeth took reproductive responsibility into her own hands, rather than follow so called protocol, that did not protect her privacy and were not in her best interest.

Duchess Meghan is an adult and can choose her own doctor(s). British tabloids acting in their capacity as tools for disempowerment, true to their communist tendencies, think that Duchess Meghan should choose a doctor of their choice.

Ingrid Seward so called royal expert went right into colonial mode labeling Duchess Meghan ‘public property’. Duchess Meghan is not public property; she is a human being whose human rights to privacy should be protected. The only people upset are dumpster divers, who spend every hour disparaging the Duchess of Sussex; and wanted to exploit her baby for gain. 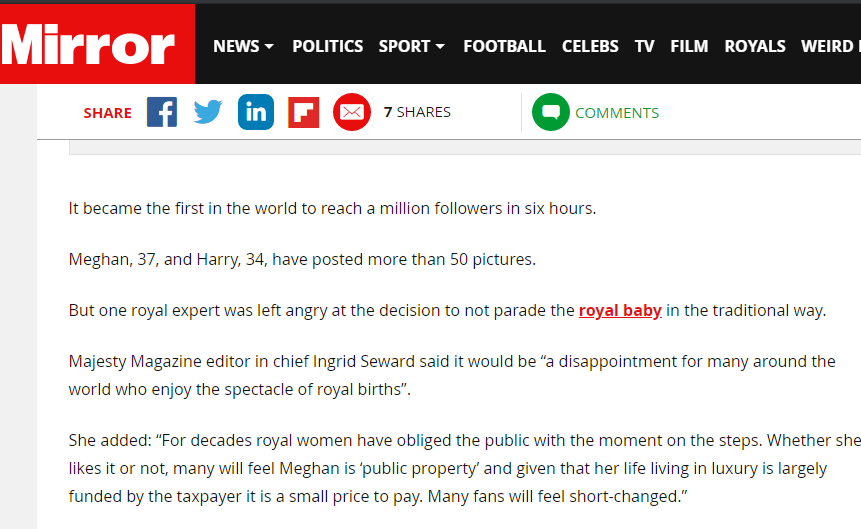 For decades royal women have obliged the public with the moment on the steps. Whether she likes it or not, many will feel Meghan is ‘public property’ and given that her life living in luxury is largely funded by the taxpayer it is a small price to pay. Many fans will feel short-changed. Ingrid Seward

Ingrid Seward like many with colonial attitudes viewed Diana as public property.  This is how Diana felt in her own words:

When I came out of the hospital I could barely put one foot in front of the other. My stitches were killing me. It was such a strain to stand there and smile even just for a few minutes. As soon as the car disappeared around the corner our of sight of the photographers, I burst into tears –Call Me Diana The Princess of Wales on Herself” Nigel Cawthorne

The move by Duchess Meghan and Prince Harry is not modern or progressive… it’s traditional.

900+ years of private births vs. 44 years of hospital births… you do the math.