Samantha Grant/Hale/Rasmussen/Markle is The Duchess of Sussex’s half-sister, she barely knows. Samantha, whose given name is Yvonne and goes by many aliases, admits that her goal is to destroy Meghan. This is abuse and harassment and outright dangerous. She has colluded with racist gutter British tabloids to concoct lies about the Duchess. 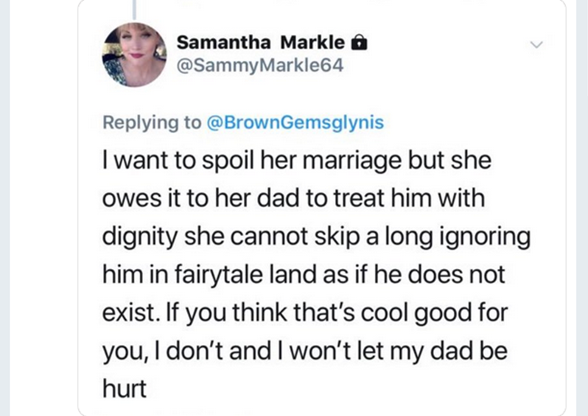 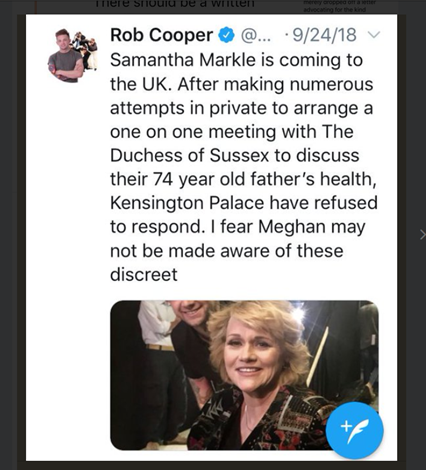 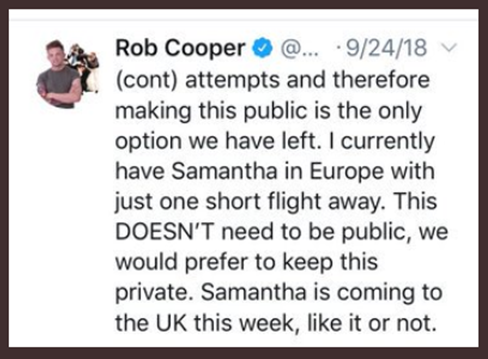 Did Samantha Grow Up with Meghan?

Roslyn Markle also disputed Grant’s account of her upbringing with Meghan, in the Daily Mail stating that:

She didn’t grow up with Meghan and she needs to be shut down. And if she’s getting paid for this stuff [the book], it needs to stop because it’s lies, its bulls***.

Roslyn Markle in her own words has this to say about Samantha in an interview with Daily mail:
Far from being proud of her ‘bi-racial family’, Samantha Grant Markle used to tell friends that her step-mother Doria Ragland ‘was the maid because she’s black’.

I am very serious when I say she has dogged on Meghan forever. She has never liked Meghan and she’s always been jealous of her.

When Tom Sr [Meghan’s father] married Meghan’s mom, Samantha told all her friends that Doria was the maid because she’s black. She is not a nice person.

The British Ambassador to Morocco