I, like many people, was not a “Royalist” or particularly interested in the British Royal family, or any other Royal family for that matter. Having said that, my father, a journalist, covered a visit Queen Elizabeth II made to Accra, Ghana on November 10, 1961. A photo with the Queen greeting him hangs proudly on the wall in my parents’ home. 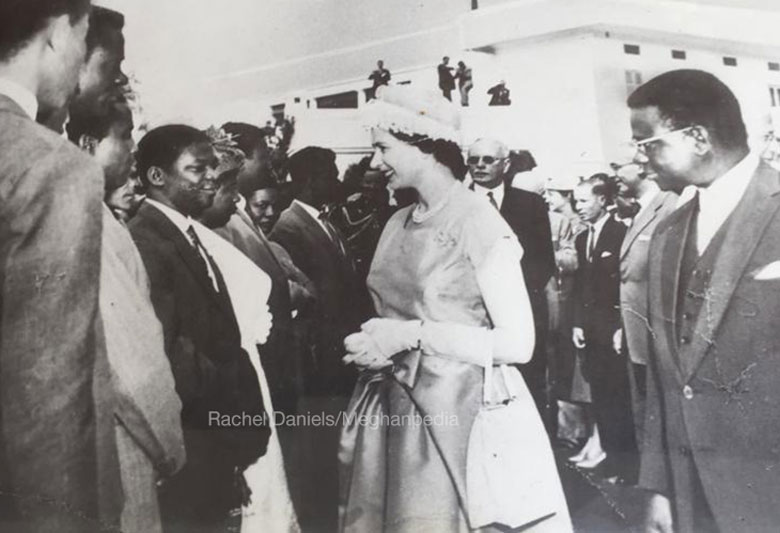 Then came Princess Diana. Even then, I wasn’t a Royal watcher apart from the day when she attended a function at a hotel on Great Cumberland Street, London W1, which happened to be bang opposite my office block. My boss and I ran to the window to take a peek at her. I will not say I “fell in love with her” but I definitely felt a “presence” and “aura” about her that surprised me. She was glamorous, much prettier and very lovely in person.
Obviously Diana was constantly in the news; photographers and media people followed her everywhere. Many watched the interview when her engagement to Prince Charles was announced. To this day, I remember where I was when her death was announced. Why do I bring all this up? Please bear with me a little longer.

I am just a few months older than Princess Diana. I have two sons and a daughter. I felt attached to her sons, as most women my age would attest to. As her children grew up without her, I would occasionally listen to the news whenever there was a report about them just to see what they were up to. Like many, I went through Prince Harry’s relationships, antics and naughtiness whilst growing up. My interest in him peaked when I saw a documentary about the teen-aged Prince in Botswana holding a little African child’s hand. It looked like the two of them was not willing to let go of the other one’s hand. The Prince looked so happy, free and as though he was in the right place.

When I heard the Prince was seeing a “Hollywood Actress” I became interested to know who is this lady who has won the heart of the lovable and jovial Prince. As I watched the TV this glamorous, beautiful woman flashed in front of me as being the Prince’s girlfriend and then I saw the word “Bi-Racial” in the headlines. I confess, I was surprised, considering the family he comes from, an ancient establishment, the British monarchy. Once I was able to grasped the reality, I thought “good on you Prince Harry.”

I watched the televised engagement announcement followed by their BBC interview. Prior to their interview, the British media portrayed the Duchess as coming “almost outta Compton”. Based on this headline, I wondered if she was a former gang member or gang-related before becoming an actress and now destined to become the wife of the Prince. It was only later that it dawned on me that their headlines were written for the sole purpose to letting the world know that the Prince was dating a woman of mixed heritage and they feared for the British Monarchy. The news media became an unrelenting presence and this is when I became totally interested in this couple. I was one of the billions of people who watched the entire wedding ceremony on May 19, 2018, (I have watched it at least four times since).

The life and affairs of the Duke and Duchess of Sussex are constantly in the news, especially the Duchess. Her existence is the subject of debate almost daily. A long list of adjectives used to describe her such as, “Exotic”, “Sassy”, “Smart”, “Well-Educated”, “Strong”,etc. In addition the statements such as, “She will change the monarchy;” “She will drag the monarchy into the 21st Century;” “She is representative of modern day Britain;” “She has changed the happy-go-lucky Harry that we knew;” “She is not the usual aristocratic girl we are used to seeing;” etc. etc. We were constantly reminded that she was an actress, a divorcee and American. You get the picture right? I soon learned that these words and phrases was part of their coded language that translated as “She ain’t one of us!” 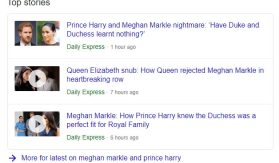 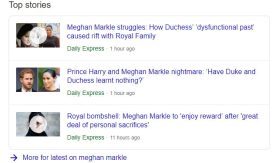 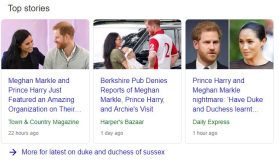 I could not believe the negative things written about the Duke and Duchess of Sussex in both print and visual media, and the fact they were allowed to get away with what was being said, especially about the Duchess. It has become evident to many that Prince Harry has found love. It is ironic that the British media constantly hound this couple, despite the fact that the untimely death of Prince Harry’s mother is often associated with negative press and aggressive photographers. As I am writing this piece, the Duchess is forever in the news and it is never positive or fair reportage.

I confess, I would see sensational headlines on the Internet and click to learn more, only to discover they were abusive, incorrect, unsubstantiated and downright racist reports. Besides, very often the headlines had nothing to do with the story. There are countless YouTube channels which use the name “Meghan” or “Duchess of Sussex”. I click on the channel thinking it would be some interesting news about what she was up to, only to learn that it was another misleading headline covering a hateful, untruthful, and abusive story.

I have since learnt that all these people who have set up YouTube channels, Instagram and Facebook accounts using the name of the Duke and Duchess of Sussex do so to spread rumours knowing their sensational headlines will cause people to click. As a result, they are making a lot of money. I didn’t know that by clicking I was funding hate, until I was educated about how this system works. I was even more disturbed to learn that some so-called “fan accounts” post articles written by the tabloid media just to get likes, even though they know that the tabloids print lies about the Duke and Duchess of Sussex.

Do I consider myself a fan? Perhaps, but I confess, I am a great admirer of the Duke and Duchess of Sussex. This Royal couple reminds me what it means to fall in love and not care who knows it, whether you are Royal or not. They have made me aware and more conscious of the need to do good and that I can and should do good whenever possible and not turn a blind eye when someone needs help, even in a small seemingly inconsequential way. I have become involved in charities that I never knew existed until I saw them posted on the @sussexroyal Instagram page.

With all the good work the Royal couple has performed and continue to perform, the relentless abuse continues. Thank goodness, I heard about Meghanpedia and what they represent. I decided to get on board and write articles hoping to educate us and help to dispel the lies and untruths about this hardworking, lovely, beautiful couple.

To those who are reading this article, please do not put money into the pockets of the tabloid media and other abusive social media outlets on YouTube, Instagram, Facebook, etc. by clicking on their articles. I understand that you become angered by the headlines, but we know that most of what they say is based on guesswork or outright lies. They have NO ACCESS to the private life of the Duke and Duchess. Why absorb the negativity? If you want to know what the Duke and Duchess are doing, click on their Instagram page (@sussexroyal).

We must get out of the habit of clicking on every headline bearing their name, as tempting as it may seem. Let’s stop feeding hate, instead let’s give that money to a charity in our community, or one of the many charities they have highlighted on @sussexroyal.