“I had a heart attack”

Thomas Markle was seen having lunch at McDonald’s two Happy Meals and a chocolate milkshake covered with whipped cream and dinner at KFC grabbing himself a bucket of chicken for dinner.

News.au.com published on May 15, 2018 these pictures as well. See below 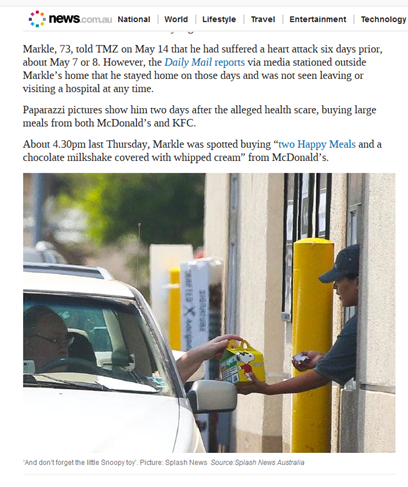 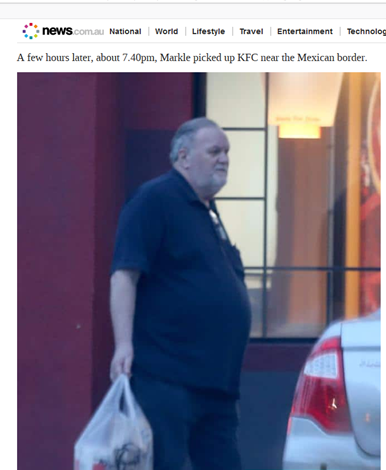 It WASN’T a Frappuccino! Meghan’s father disputes picture of him with famous Starbucks coffee and whipped cream after receiving heart surgery headline that ran on Daily Mail dated May 23, 2018.

“I paid for Meghan’s first wedding in 2011 by selling Facebook shares, via Sun interview” 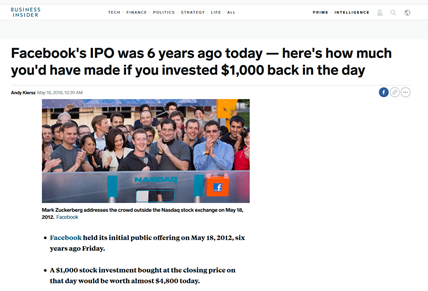 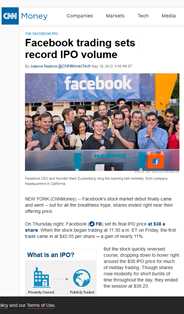 “I paid for her university studies”

In his smear campaign against Meghan Thomas repeatedly told newspapers and his family about how he financed Meghan’s university studies. The Duchess in a speech in Fiji highlighted how she had self-financed her studies through scholarships and work study program. Thomas provided receipts for his hospital stay but could not provide a single shred of evidence that he financed Meghan’s university education because he did not.

Contradicting Statements about the Phone Numbers

“I’m really hurt that she’s cut me off completely. I used to have a phone number and text number for her personal aides at the Palace, but after I said a few critical words about the Royal Family changing Meghan, they cut me off.”

“Those numbers were disconnected, they no longer work. I have no way of contacting my daughter.”

Contradicting what he had said earlier Thomas Markle then told GMB in December, 2018

Question: Why would he send texts to a phone that was disconnected?

I value my daughter’s privacy, yet he repeatedly reveals intimate phone conversations.

Thomas Markle in his own words stated

“Harry told me that I should never go to the press,” Thomas said. “That it would end in tears. He said, ‘They will eat you alive.’ He was right.”

Mr Markle received payment to publicly bash his daughter on British breakfast TV show revealing intimate private conversations with Prince Harry and his daughter and selling her letters to the press.

They have not talked to me since The Wedding

Meghan and Harry did call him after their wedding, did forgive him for the paparazzi setup, did send an aide to Mexico to collect him and did have shoes and suits made specially for him for the wedding. Yet just six weeks after the nuptials, he betrayed her by giving a paid interview to British TV.

“I don’t Know Why She Ghosted Me”

Harry told me that I should never go to the press,” Thomas said. “That it would end in tears. He said, ‘They will eat you alive.’ He was right.

It is not clear why Thomas Markle chooses to ignore instructions not to speak to press and insult his daughter. He continues to break protocol by speaking to the press and disclose personal private conversations.

Thomas admitted to lying to Prince Harry:
Thomas says he lied to Harry and said he was being “measured for a hoodie”, source: Marie Claire 08/12/2018

Thomas Markle insulted the Royals in a Sun interview on August 18, 2018

They are either like Scientologists or the Stepford family.

If they hear anybody say anything they just lock the doors. They need to speak up!

They are cult-like — like Scientology — because they are secretive.

They close the door, pull the shades down and put their fingers in their ears so they don’t have to hear.

I don’t care if Harry never speaks to me again, I’ll survive. Thomas Markle in interview

She can speak to Donald Trump if that’s what she’d rather do, though Lord knows why she agreed to meet with that man.

Who cares these days about a dusty old crown?

Who cares these days about a dusty old crown?

Okay, maybe it’s been polished, but it’s an ancient institution, stuck in its ways.

She’s always been a controlling person” referring to Meghan. December 18,2018

Mr. Markle received payment to publicly bash his daughter on British breakfast TV show revealing intimate private conversations with Prince Harry and his daughter while selling her letters to the Daily Mail and Good Morning Britain on December 18, 2018.

Harry and Meghan – Observations of a 12 Stepper