Being a mother of three children and grandmother of two and also being of similar age to the late Princess Diana, I have some kind of affiliation to her boys, but more particularly to Prince Harry, and now his family, Duchess Meghan and my Godson Archie.

My affiliation has been because of his tireless efforts in championing causes that he believes in and also being able to use the privilege into which he was born, the connections he has made, access to wealthy people and corporations to raise huge amounts of money for these causes. And now that Prince Harry has married a woman who was prepared to “take on the job” and who also shares in his passions, having herself been raised by a single mother who is a social worker, this is a match made in heaven, so to speak.

HOWEVER, for some reason, which I still cannot fathom, the British media as a whole have taken a dark path with this newlywed couple that is bent on wanting to destroy and cause them great harm. Prince Harry and his wife, Duchess Meghan, are constantly in the media, not only in the United Kingdom, but also in Australia and the USA. I will not even mention social media, which reaches far beyond these three countries.

So I had to ask myself, when did advocacy for change, wanting to use your privilege to do good, become a curse for those who have passions, purpose, drive, means, a good heart to champion those causes that, let’s face it a lot of us would turn a blind eye and look the other way, turn into a fault? And why is the British media hell bent on finding fault with practically anything the Duke and Duchess of Sussex (but more particularly Duchess Meghan) do to the point where their questionable reporting has been used as ammunition to incite hate against them and in some cases harm/endanger their lives? As I am writing this article, I feel drained. By nature, I would describe myself as a strong woman who likes to get things done and does not tire easily, but even I am tired, yet I am not the one living this nightmare. Every day I wake up hoping that whatever news I read or see about the Duke and Duchess of Sussex will be about their causes and that the media would use their platform to champion and report “fairly” about this Royal Couple, but I still am faced with continuous noise, negativity, lies, mistruths being reported about Duchess Meghan. I can only imagine what it has been like for them, and even my imagination refuses to go deeper because I would be cut into pieces.

In spite of this, Duchess Meghan comes out to fulfil her engagements with a big smile on her face and giving her full attention and effort to the causes. Watching from the comfort of your home or on your mobile device, one would never know what a day it has been for her or what emotions she is going through, but she shows up and we are happy, calling out her name, wanting more of her, whilst others are blowing their negative trumpets against her… nitpicking at the way she walks, closing her car door, turning up to work in a chauffeur driven car (you know who said that recently right?) the way she styles her hair looks, her dress choice; from why she has repeated that dress to how much did it cost the taxpayer, why does she always wear black?….. and on and on and on?

As I have evidence that the trolls, media outlets and so-called journalists read our articles and also listen to podcasts by Sussex Squad Teams, I am going to list a few of the things that the Duchess, in particular, has been accused of, for which there is a continuous witch hunt against her. Unless we continue to fight, and not get fatigued, the tabloid media will continue to use their platform and privilege to relentlessly spew hatred on this couple, and please, let us not allow them to do this.

You do not have to be a fan of the Duke and Duchess of Sussex. All Duchess Meghan asks for is that you report “fairly”. She is not being scrutinized, she is being maligned. For those of you who seem to critique everything she does just because, or for those of you who say things like “I don’t like her” but are unable to articulate what it is you do not like about someone you have never met, someone you have never sat down and talked to, someone who the media have managed to get you to hate, just take a moment and really think about what it is that Duchess Meghan has done that you do not like. Duchess Meghan is a well-educated woman, self-made millionaire, she worked in an industry where struggling actresses have done some shady things just to get a part but as far as we all know, the media have not found anything shady or dubious about her and so they have created their own narrative, to the extent that scenes from her successful show “Suits” were doctored and put on a porn site. This is how desperate they are to defame her.

Remember, if you go online, like I have, and search you will find her achievements which are well documented, from age 11 and compare it to what is being written about her today and ask yourself if any of it makes sense. How many of us at age 11 thought to write letters to change an advert? It is also very telling that people who know her, who have worked with her have nothing but praise for her and also, for all the years she worked as an actress and advocate we never heard any stories about her. Since becoming the Duchess of Sussex, and for the most part championing the same causes, maintaining her same personality and even for the most part having the same dress sense, she has suddenly become this “problem person” for the British people’s, as the media will have you believe. I think the real problem is obvious and it is not the Duchess.

Below are just some of the ridiculous things the whole British tabloid media and TV hosts continually criticize Duchess Meghan for and then invite so-called “Experts” to advance their hatred: 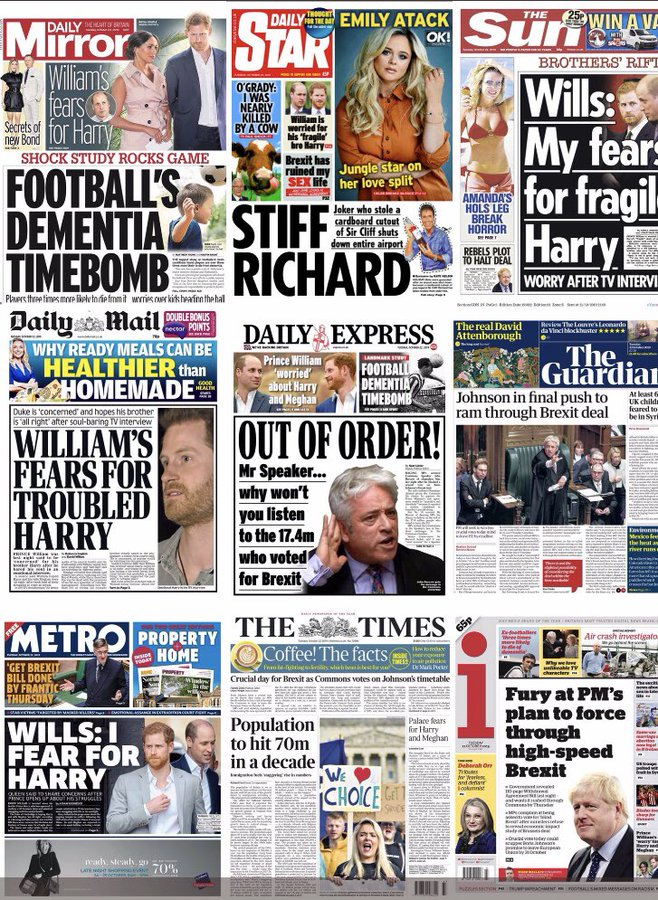 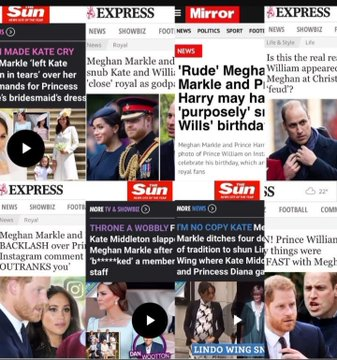 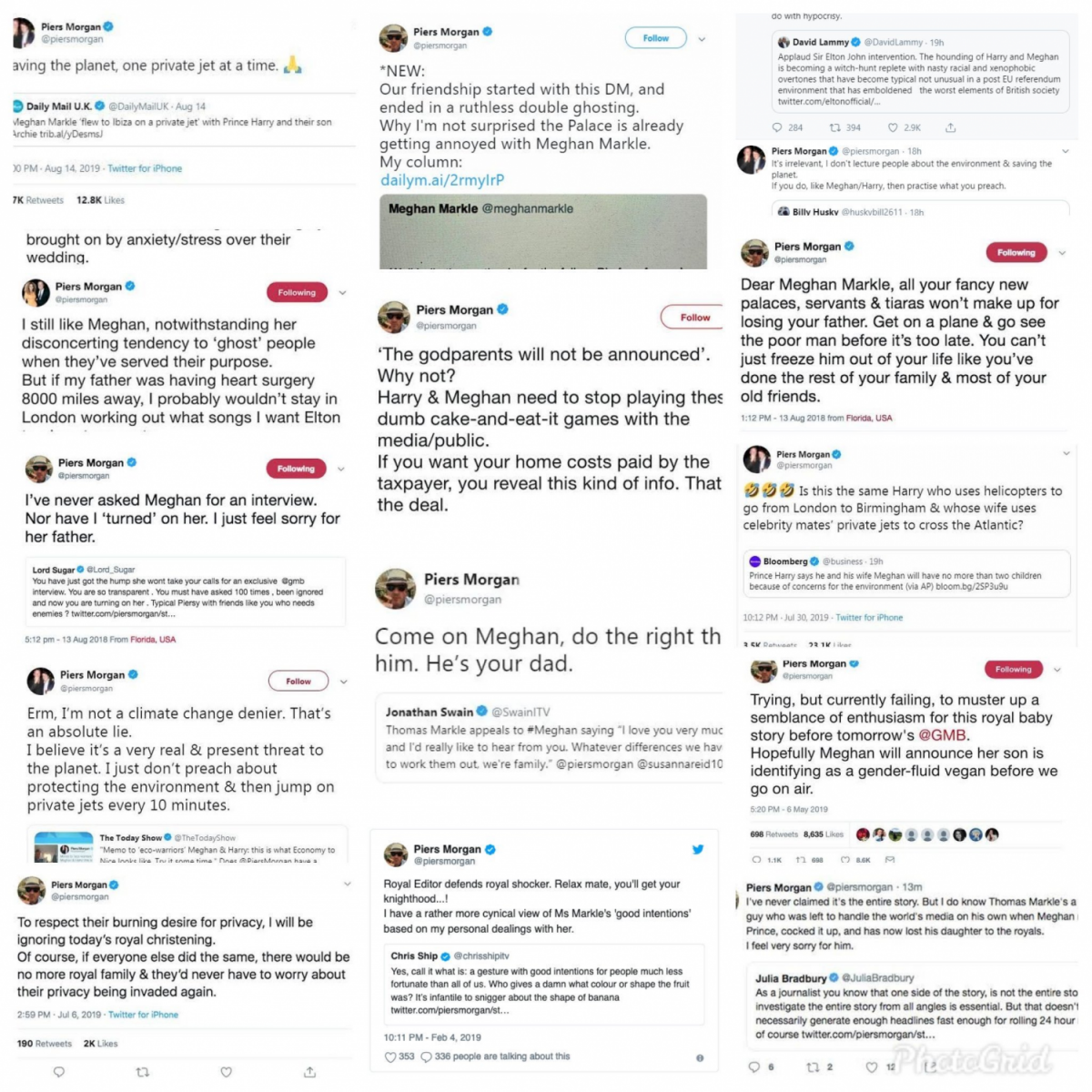 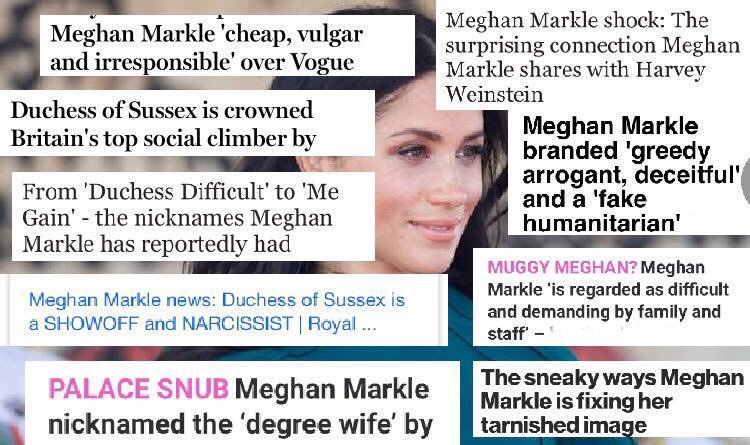 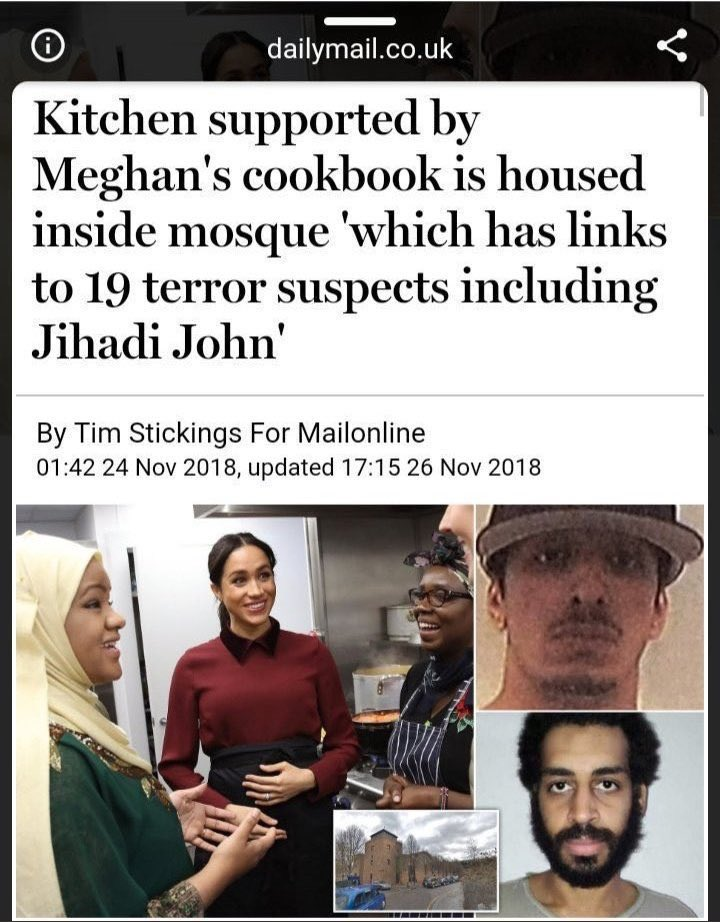 These accusations are, in my view, petty and trivial and shows just how desperate those behind the hate campaign are to sow discordant seeds which are harmful, spiteful and cruel. The negative reportage of the Duchess for over three years, does not measure up to her global impact, dating back before she became a member of the British Royal Family and after.

The media’s continued pursuit of this line of reporting shows just how tone deaf they are. There’s a world of eyes watching in bewilderment, so-called journalists display such a difficulty with integrity and it is shameful. The denunciations of the media tactics and the affirmations of support for the Duchess have come from all corners of the world, literally. Some 72 female Members of Parliament sent an open to the Duchess showing support for her stance against the “neo colonial” reporting which she has been subject to.

The fact is that, the Duchess of Sussex is a well-educated and highly accomplished woman in her own right. She had a successful acting career on a long-standing TV show, is a humanitarian who has lent her platform to bring attention to water and sanitation issues as a World Vision Ambassador, a gender equality advocate who has graced many a stage and in her current role as the Duchess of Sussex, together with her husband the Duke of Sussex, are arguably the most relatable and effective of the younger working royals. Her impact in her short year and a half as a member of the royal family is unparalleled. She has set the pace in many ways and her critics are now “students” who strive to emulate her every move. It is said that when people fail to control you, they try to change the way others see you. That ladies and gentlemen, is simply the case here. The truth of the matter is, no amount of aspersions or accusations can transpose the Duchess’ natural charm, charisma, savvy and sheer brilliance to her detractors. Their focus on her every move and their myriad attempts to cast her in an unfavourable light are proof that they acknowledge that she is superior.

23 comments on “The Idiotic Accusations Made Against Duchess Meghan”

The Duchess Of Sussex’s Patronages